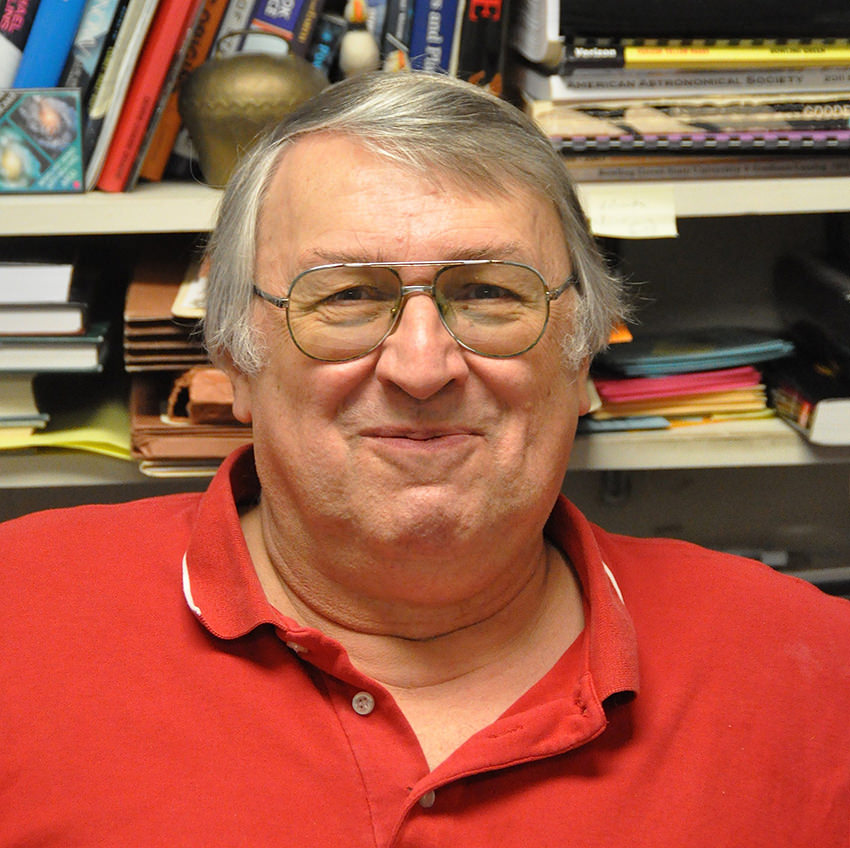 Dr. Dale Smith is Planetarium Director at BGSU. Since coming to BGSU in 1983, he has overseen the development of the Planetarium and has created many of its public programs. He teaches a variety of courses in the Physics and Astronomy Department, supervises the department's stargaze program, and conducts the planetarium's public programs as well as its programs for school classes and other visiting groups.

He served as President of the International Planetarium Society (IPS) in 1999-2000, was co-organizer of the 2001 conference Sri Lankan Skies and Sir Arthur held in Colombo, Sri Lanka, and currently serves as IPS Publications Chair and Editor of IPS Directories. He served as President of the Great Lakes Planetarium Association (GLPA) from 1990-1994, hosted GLPA's annual conference in 1988, and has edited GLPA's annual conference Proceedings since 1988. He is an active member of the Cleveland Regional Association of Planetariums (CRAP) and has served as Ohio planetarium chair since 1984. He is co-editor of the book Planetarium: A Challenge for Educators, published by the United Nations in 1992 for International Space Year.

His research interests have included measuring the quantity of aerosol particles in the atmosphere of Jupiter and measuring how asteroids reflect visible and infrared light.

He is an avid traveler and photographer whose image collection exceeds two hundred thousand digital images and slides, and whose passport bears stamps of over sixty countries and all seven continents. Among his favorite destinations are the Polar Regions and the Grand Canyon.