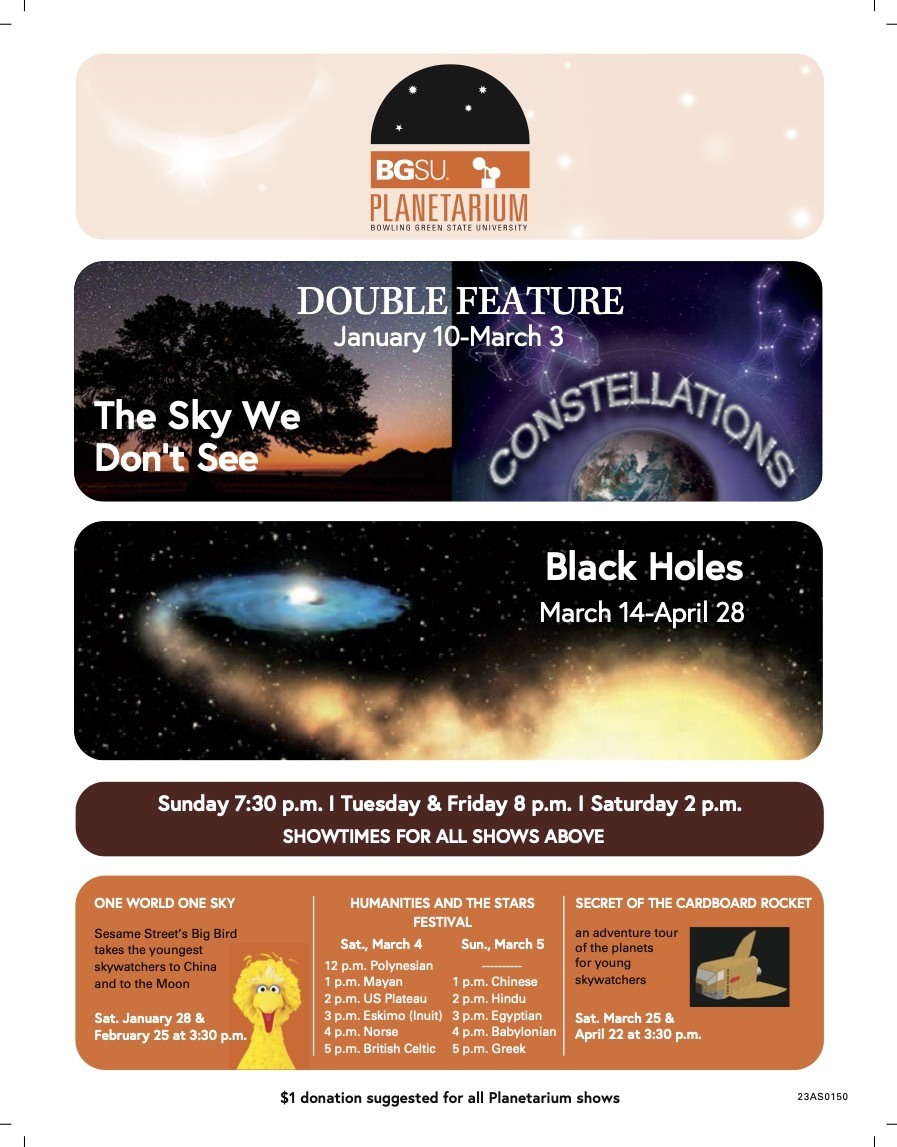 The Bowling Green State University Planetarium is a 114-seat public science theater serving BGSU students, area schools, and the public of northwest Ohio.  Set under a 40-foot dome, the state-of-the-art SciDome video system fills the dome with video that can immerse you in the cosmos and  can show the sky as it would be seen from any place on the Earth at any time. The Planetarium was opened in 1984 and extensively renovated in 2013 and 2014.  It is operated by the Department of Physics and Astronomy.

University Astronomy Courses use the Planetarium as a classroom year-round.

Public planetarium programs are open to all are given from September through early May each year. Programs feature a star talk showing the current evening sky followed by a multimedia planetarium show. Weekend programs are followed by stargazing at the Observatory on the roof, weather permitting. For the current schedule, see the flyer shown above. 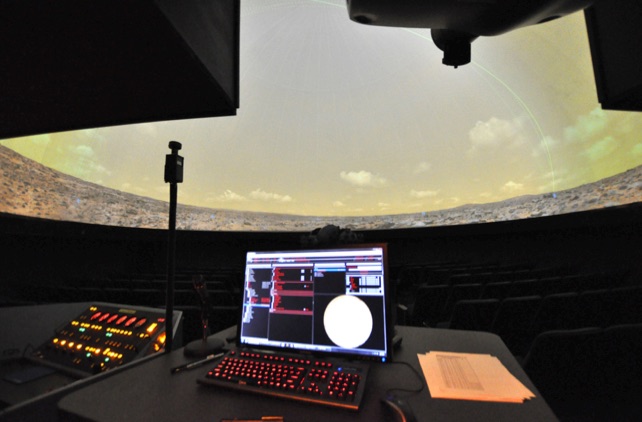 Area school classes and other groups can arrange presentation of planetarium programs between September and early May.  More than 100 different programs are available for all ages from pre-school through adults.  These include full-dome shows, classic multimedia shows, live interactive programs, and workshops.  Further information is available in the Teacher’s Guide.

The Planetarium and Observatory employ a team of students who help present public programs and stargazing sessions.

For further information, contact the Planetarium Director, Dr. Dale Smith by phone at 419–372–8666 or by email at dwsmith@bgsu.edu