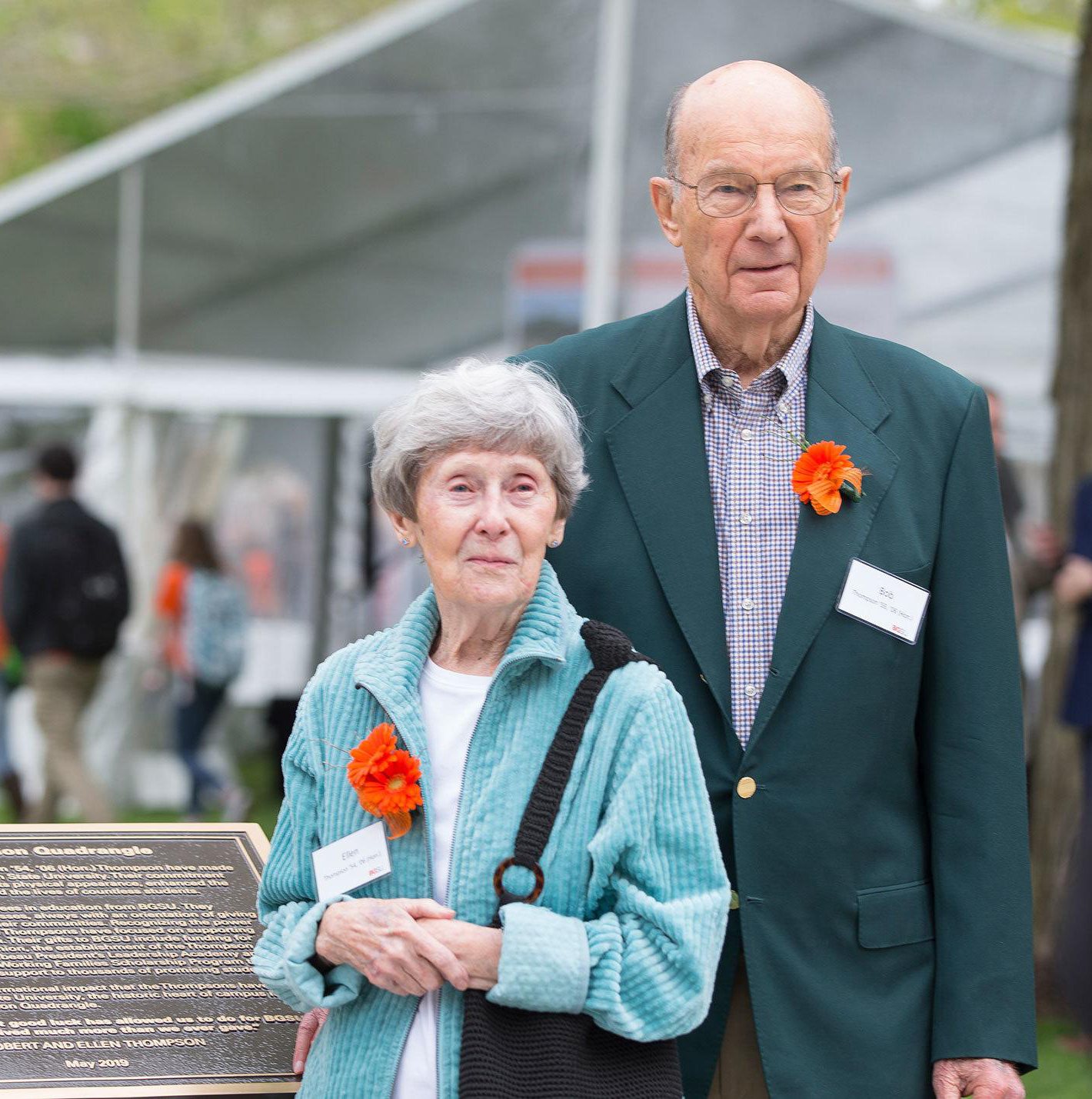 Robert ’55, ’06 (Hon.) and Ellen Bowen ’54, ’06 (Hon.) Thompson have made a profound impact on Bowling Green State University. Their commitment to their alma mater has influenced its physical appearance, enhanced the student experience and transformed the lives of countless students.

The Thompsons earned their degrees in education from BGSU, where both were very active in student life. Upon graduating, the Falcon Flames married and worked as teachers. After Robert’s service to his country as a pilot in the United States Air Force, he and Ellen started a family and an entrepreneurial journey. They founded and grew several businesses, always with an orientation of giving back to their employees and to their communities.

With a deep commitment to the power of education to change lives, the Thompsons have focused on supporting K-12 as well as higher education. Their gifts to Bowling Green State University include funding for the construction of a student union, named the Bowen-Thompson Student Union in their honor. They also established the Thompson Scholarship in the Sidney A. Ribeau President’s Leadership Academy. In 2014, Robert and Ellen created the Thompson Working Families Scholarship Program, expanding it in 2019, to provide significant financial support to thousands of promising students.

On May 3, 2019, in recognition of the transformational impact that Robert and Ellen Thompson have made at Bowling Green State University, the historic heart of campus was named the Bowen-Thompson Quadrangle.