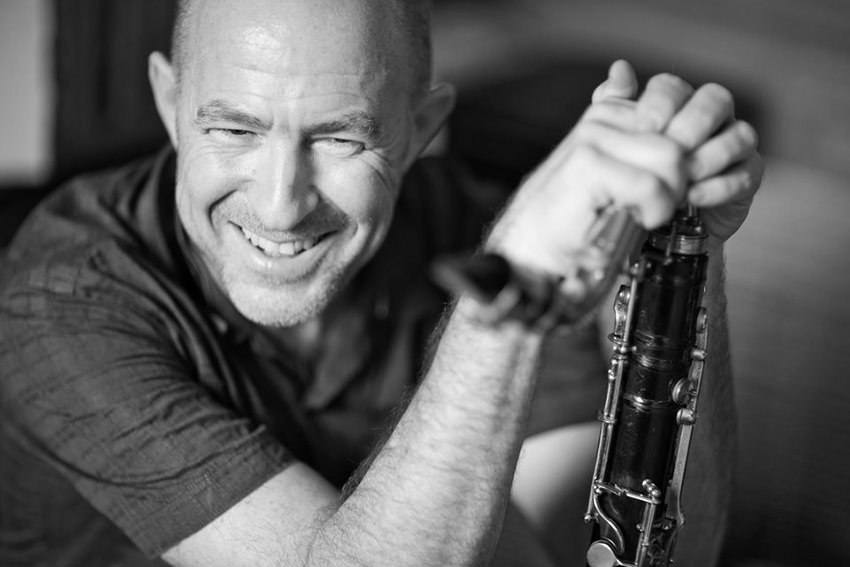 For 40 years, the MidAmerican Center for Contemporary Music at Bowling Green State University has been holding the New Music Festival, a nationally known gathering and magnet for musicians and artists on the cutting edge of composition and performance. This year’s event, Oct. 16-19, will include eight concerts, multiple lectures and an art exhibition and performance. The featured guests include acclaimed composer, conductor and clarinetist Evan Ziporyn; New Music Detroit, a collective of musicians dedicated to performing groundbreaking musical works from the late-20th century to the present; and an exhibition and performance by Miwa Matreyek, an animator, director, designer and performer based in Los Angeles. The four-day event will showcase works by more than 30 composers and performers.

Matreyek kicks off the festival Oct. 16 with a 7 p.m. talk and performance in the Thomas B. and Kathleen M. Donnell Theatre at the Wolfe Center for the Arts, presented by the Fine Arts Center Galleries and the School of Art. An exhibition of her video performances will be on display in the Dorothy Uber Bryan Gallery in the Fine Arts Center from Oct. 16 – Nov. 6. The festival continues Oct. 17 with a 1 p.m. Composer’s Talk by Ziporyn, followed by the first three concerts.

Most festival events are free and open to the public. For ticketed events, online tickets at www.bgsu.edu/arts will be available up to midnight the night before the concert. To purchase tickets in person or by phone, call 419-372-8171 or visit the Arts Box Office, located in the Wolfe Center for the Arts, from noon to 5 p.m. Monday-Friday. For a complete schedule of events, visit www.bgsu.edu/festival or contact the at 419-372-2685.

Ziporyn's music has taken him from Balinese temples to concert halls around the world. He has composed for and collaborated with such artists as Yo-Yo Ma, Brooklyn Rider, Ethel, Anna Sofie Von Otter, the American Composers Orchestra, Terry Riley, Wu Man and Bang on a Can. In 2017, his arrangements were featured on Ken Burns and Lynn Novick’s documentary series “The Vietnam War,” and on the Silk Road Ensemble’s Grammy-winning album “Sing Me Home.” He has also recorded with Paul Simon, Christine Southworth and the Steve Reich Ensemble, sharing in their 1998 Grammy for Best Chamber Music Performance.

He is the recipient of numerous awards, along with commissions from Carnegie Hall, Kronos Quartet, Rockefeller Multi-Arts Program, and Meet the Composer. From 1992-2012 he served as music director, producer and arranger for the Bang on a Can All-Stars, winning Musical America’s Ensemble of the Year award in 2005.

At M.I.T., Ziporyn is a Distinguished Professor of Music and director of the Center for Art, Science and Technology. He studied at the Eastman School of Music, Yale and UC Berkeley. He received a Fulbright in 1987, founded Gamelan Galak Tika in 1993, and has composed a series of groundbreaking works for gamelan and Western instruments, as well as evening-length works such as 2009’s “A House in Bali,” which was featured at BAM Next Wave in October 2010.

New Music Detroit is a highly flexible ensemble with a cast of core members and prominent guest artists, performing new and adventurous classical music in a wide variety of settings, for a wide variety of people. The group strives to collaborate with the most exciting creative voices of our time and regularly gives performances of rarely heard works by today's major composers. Through innovative programming, risk-taking and virtuoso performances, it continues to explore new ways of bringing the best of new and experimental music to the city of Detroit.

Coming from a background in animation by way of collage, Matreyek creates live, staged performances where she interacts with her animations as a shadow silhouette, at the cross-section of cinematic and theatrical, fantastical and tangible, illusionistic and physical. She performs her interdisciplinary shadow performances all around the world, including animation and film festivals, theater and performance festivals, art museums, science museums and tech conferences. She has presented at such venues as TED, the Museum of Modern Art, Lincoln Center, Sundance New Frontier, Future of Storytelling conference, and the Carnegie Museum of Natural History.

Organized by BGSU’s MidAmerican Center for Contemporary Music, the College of Musical Arts and the Fine Arts Center Galleries, the annual festival supports the creation of new work and engages both the University and city communities in the process of music appreciation and awareness.