One of the most effective solutions for preventing unintended pregnancies in adults could very well be better sex education for teens, suggests a study by a Bowling Green State University associate professor of sociology.

The study by Dr. Karen Guzzo of the BGSU Center for Family and Demographic Research (CFDR) and Dr. Sarah Hayford of The Ohio State University indicates that attitudes and knowledge about contraception and reproduction that are learned as a teen have long-term implications for adult contraceptive behavior. The study, funded as part of a Eunice Shriver National Institutes of Child Health and Human Development grant, is the first to establish “a long-term linkage between adolescent reproductive knowledge and attitude and adult contraceptive behavior.” 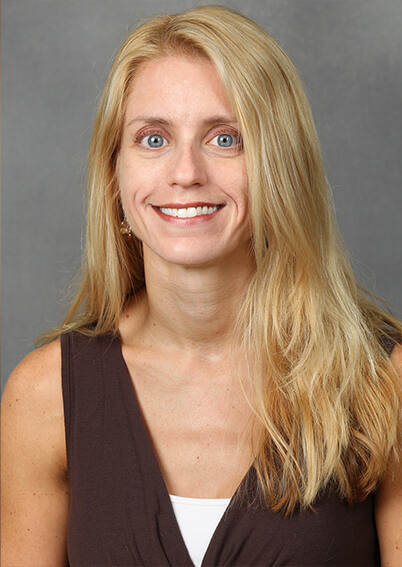 The study appears in the January 2018 issue of Maternal and Child Health Journal.

According to Guzzo, “These findings support comprehensive sex education during adolescence and ongoing efforts in adulthood as a mechanism to improve contraceptive use, potentially reducing high levels of unintended childbearing in the U.S.”

Unintended pregnancies are generally due to ineffective and inconsistent contraceptive use. Their research shows that adults’ poor contraceptive use is linked to limited knowledge about reproduction and unfavorable attitudes about contraception among teens, she said.

In their research, Guzzo and Hayford looked at data collected in a National Longitudinal Study of Adolescent to Adult Health of nearly 20,000 teens in seventh through 12th grades who were interviewed in 1995 and again when they were in their late 20s and early 30s.

Their analysis was of a smaller subset of approximately 6,700 individuals who were at least 15 years old during the first data collection, had participated in the most recent wave of the study and were sexually active in the year preceding the most recent interview and not pregnant.

The information analyzed for this study included what teens understood about reproduction and contraception, such as “what works, what misconceptions they have, their knowledge and attitudes about the morality of contraception,” Guzzo said.

“We found if teens don’t have a chance to learn about sex and reproduction properly, it has long-term effects,” she said.

Men and women who used contraception consistently and used the most effective methods in their late 20s and early 30s were the teens who reported the most accurate information about reproduction and the most favorable attitudes toward contraception. This knowledge was likely acquired in formal settings such as middle school or high school classes, she said.

If teens don’t have that opportunity to learn how their bodies work, “more than likely they are talking to friends and not getting accurate information. And there are few formal chances to learn about reproduction and contraception once teens finish high school, so a strong and medically accurate sex ed program in school is really crucial.” Guzzo said.  We found if teens don’t have a chance to learn about sex and reproduction properly, it has long-term effects.

Although some groups worry that comprehensive sex education programming might lead to a path of promiscuity, Guzzo noted that “There is a large body of research that debunks the idea that teens are having more sex because of sex education. Instead, the current study suggests that sex education results in better contraceptive use not just as teens but as adults.”

“The current political climate leans toward promoting abstinence and defunding sex education and family clinics, and that is really worrisome,” Guzzo said. “If men and women of all ages don’t have a chance to learn about sex, reproduction and contraception properly or to have access to contraceptives, there could be a reversal of the declines in teen and unintended pregnancies.

“If we want to reduce teen and unplanned pregnancy, the best option is to provide access and knowledge about reproduction and contraceptives so individuals have the tools they need to delay parenthood until they feel ready.”