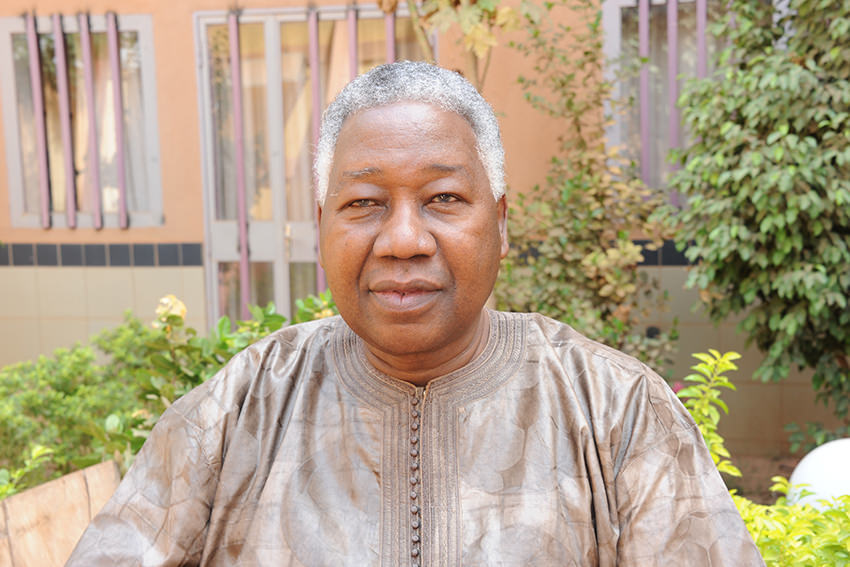 The Africana Studies Program welcomes back to campus award-winning filmmaker Gaston Kaboré of Burkina Faso as artist-in-residence and the keynote speaker for the 20th annual “Student Research Conference and Luncheon: Emerging Perspectives in Africana Studies.”

The conference will be held from 9 a.m. to 6 p.m. Feb. 23 in the Lenhart Grand Ballroom at the Bowen-Thompson Student Union. Panel discussions from 9 a.m. to 3 p.m. will feature 24 presenters from six universities and many different disciplines.

In his keynote address, Kaboré will share “The Life of a Storyteller, Filmmaker and Cultural Activist: A 40-year Commitment to the Development of Burkina Faso and African Cinema.”

The conference is free, but there is a charge for the noon luncheon (the keynote address itself is free), of $10 for students and $15 for nonstudents. Reservations are required by Thursday (Feb. 15), at 372-7814 or tsusko@bgsu.edu.

“The conference is almost twice as big as it's ever been in the past,” said Dr. Rebecca Skinner Green, director of the Africana Studies Program and an art historian.

Panel discussions will include such topics as “Art and Politics,” “Negotiating Change: Language, Pop Music and Communication,” “The Politics and Ethics of Nationalism, the Refugee Crisis, and Media's Role,” and “Postcolonial Dialogues of Race, Identity and Disabilities.”

Along with his film screenings, he will be working with classes throughout his residency.

A luminary in African cinema, Kaboré has been a screenwriter and made films, shorts and documentaries. While studying history at the Sorbonne in Paris, he was drawn to documentary films but found that they perpetuated racial prejudices and injustices inherent in the colonial system.

After earning a film degree in 1976 at École Supérieure d'études Cinématographiques, he returned to Burkina Faso and became director of the Centre National du Cinéma. He later served as Secretary-General of the Pan African Federation of Filmmakers (1985–97). In 2005 he founded Imagine, a school and cultural center for training professionals in the television and cinema industries.

Kaboré has a deep interest and knowledge in West African folklore and culture, and has addressed issues such as colonialism/post-colonialism, tradition vs. modernity, social and economic disparity, and issues related to the environment.