Voter participation nearly triples from 2014 to 2018 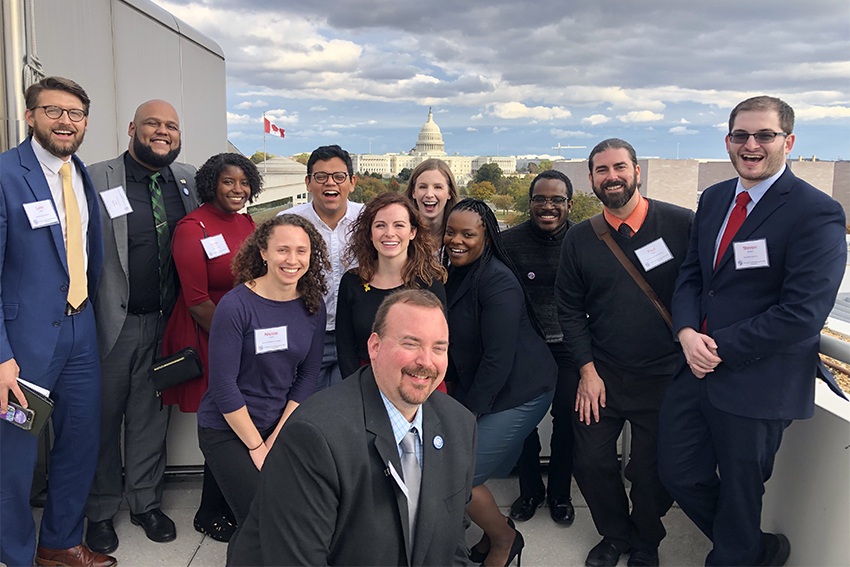 Bowling Green State University received a Silver Seal Award for increasing its student voting participant rate at the 2019 ALL IN Challenge Awards Ceremony.

“There has been a huge push in recent years for people to exercise their right to vote,” said Dr. Michael Y. Ogawa, vice president for Research and Economic Engagement at BGSU. “We are proud to receive this award for our efforts to encourage students and graduates to support solutions to the country’s and the world’s most pressing issues and challenges.”

Student participation in elections has increased from the 2014 midterm election to the recent 2018 midterm election. According to the National Study of Learning, Voting, and Engagement, an initiative of Tufts University’s Institute for Democracy & Higher Education, voter turnout at the more than 1,000 institutions participating in the study increased by 21 points from 19 percent to 40 percent.

BGSU’s data reveals a near tripling of voter participation from 2014 to 2018, going from 11.9 percent to 35 percent, a 23.1 percentage point change. Through national partnerships with the Andrew Goodman Foundation and the Campus Election Engagement Project, BGSU Votes has mobilized students to participate in democracy.

“We are excited to honor Bowling Green State University with an ALL IN Challenge Silver Seal in recognition of their intentional efforts to increase democratic engagement and full voter participation,” said Jennifer Domagal-Goldman, executive director of the ALL IN Campus Democracy Challenge. “More institutions like Bowling Green State University are changing culture on campus by institutionalizing nonpartisan democratic engagement efforts that are resulting in the incredible student voter turnout rates that we’ve seen across the country.”

To ensure that BGSU students have the most efficient and necessary means to vote, volunteers can often be found on campus, talking with students about important steps in voting. They discuss if students are registered to vote and how to use absentee ballots, and helping them be sure they are ready for any upcoming election date.

The ALL IN Campus Democracy Challenge is a nonpartisan, national initiative recognizing and supporting campuses as they work to increase nonpartisan democratic engagement and full student voter participation. The Challenge encourages higher education institutions to help students form the habits of active and informed citizenship, and make democratic participation a core value on their campus.

Including BGSU, more than 560 campuses, enrolling more than 6.2 million students, have joined the Challenge since its launch in summer 2016.