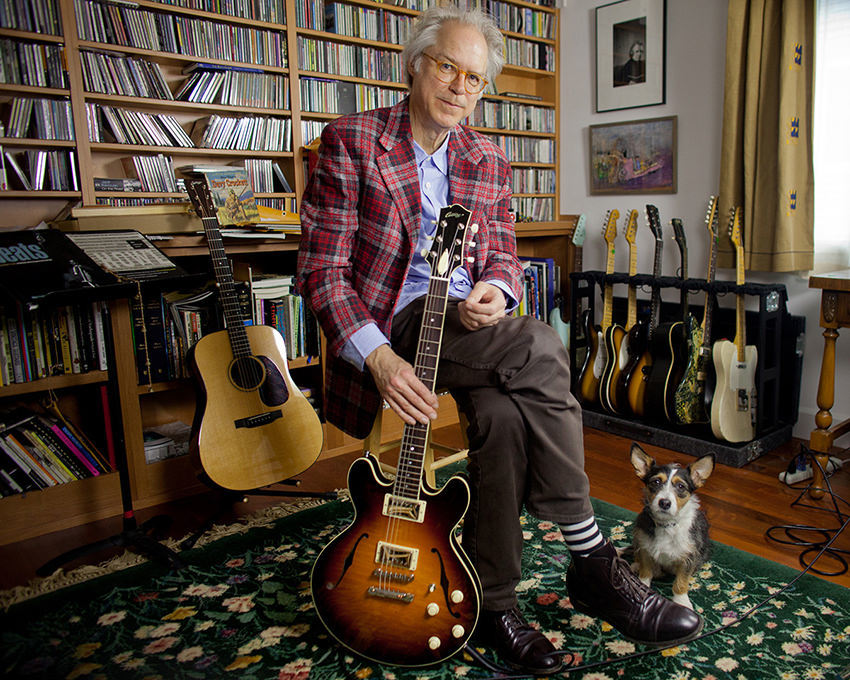 Grammy Award-winning guitarist and composer Bill Frisell has long been hailed as one of America’s most vital and productive performing artists with many celebrated recordings across his 40-year musical career.

Frisell, who has performed on more than 300 recordings and as leader on nearly 40 albums in his career, will headline the 2019 Orchard Guitar Festival. The two-day festival, hosted by the Bowling Green State University College of Musical Arts, takes place Sept. 27-28 on campus.

In addition to winning the 2004 Grammy Award for Best Contemporary Jazz Album for his album “Unspeakable,” Frisell earned four other nominations between 2003 and 2016.

He was named an inaugural Doris Duke Artist in 2012, and in 2016 he received the first FreshGrass Composition commission to support innovative grassroots music. He is the subject of a new documentary film by director Emma Franz, entitled “Bill Frisell: A Portrait,” which examines his creative process in depth.

A New York Times article said, "Frisell has had a lot of practice putting high concept into a humble package. Long hailed as one of the most distinctive and original improvising guitarists of our time, he has also earned a reputation for teasing out thematic connections with his music.”

Frisell will present a free clinic at 6 p.m. and a ticketed solo performance at 8 p.m., both in the Thomas B. and Kathleen M. Donnell Theatre at the Wolfe Center for the Arts.

Also on the schedule for the guitar festival are Gilad Hekselman, James Marron and Brad Myers.

Hekselman, born in Israel, arrived in New York in 2004 and has developed a reputation as one of the most promising jazz guitarists in the city’s jazz scene. He has performed with numerous artists including Chris Potter, Eric Harland, Ben Wendel, Gretchen Parlato, Avishai Cohen, Terri Lyne Carrington and Peter Bernstein. His most recent album is “Ask for Chaos,” released in a year ago on his new label Hexophonic Music in collaboration with Motema Music label. He has earned several prestigious awards, including first in the Rising Star category of Downbeat Magazine and winner of the 7 Virtual Jazz Club international competition, both in 2017. He will present a jazz guitar clinic at 4:30 p.m. Sept. 27 and perform that evening in an 8 p.m. concert with the BGSU jazz faculty, both in Bryan Recital Hall in Moore Musical Arts Center.

Marron, a classical guitarist and composer, has established himself through dynamic performances of the latest in contemporary music, as well as insightful interpretation of the classics. He has performed across the U.S., Canada, Europe and Asia, and with such groups as the Cleveland Orchestra, the Manhattan Contemporary Ensemble, and the Oberlin Contemporary Ensemble. His compositions have appeared in film and television. He will present a free classical guitar master class at 3:45 p.m. on Sept. 27 in the Bryan Recital Hall at Moore Musical Arts Center.

Composer/guitarist Myers, who has been playing music since he was 6 years old, will present a free clinic titled “How to Release and Promote Your Own Recording without a Record Label” at 3 p.m. Sept. 27 in Bryan Recital Hall. After more than 20 years as a much sought-after sideman, Myers released “Prime Numbers,” the first album released on his own label, Colloquy Records. In 2017, he released “Sanguinaria (Hopefulsongs)” with bassist Michael Sharfe, which focuses on the dialogue and interplay between jazz guitar and double bass in duo and trio settings.

The Orchard Guitar Festival is made possible through the support of BGSU alumni Tom ’75, a former member of the BGSU Foundation Board, and Martha ’73 Orchard.