Wallach invited to speak on continued relevance of recording studios 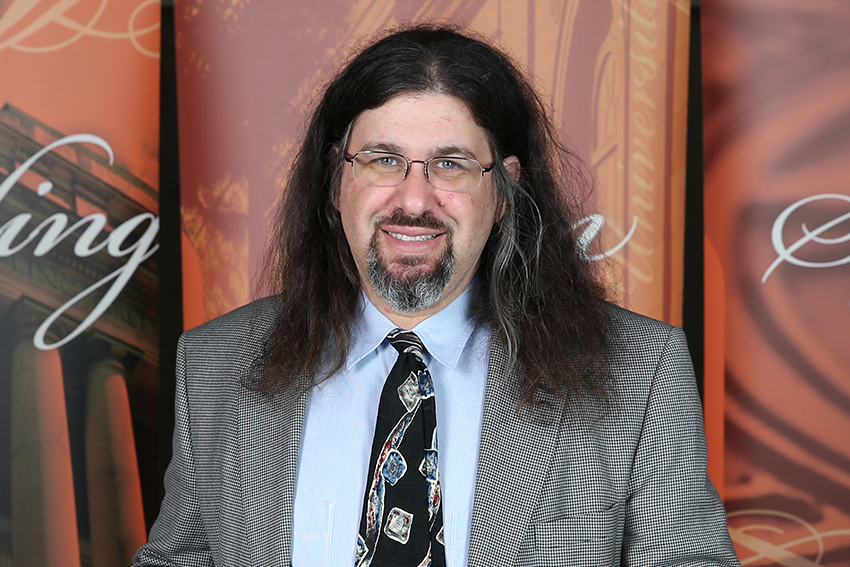 In today’s world of technology-infused artistic production, music can be made and recorded without the musicians ever being in the same room. However, there is undeniably an ineffable something that happens when they are together that cannot be achieved separately, according to Dr. Jeremy Wallach, a Bowling Green State University professor of popular culture and expert on popular music and globalization.

Wallach was invited to discuss this phenomenon recently in Venice, Italy, at the annual “Music and Musicology in the 21st Century” conference of the Giorgio Cini Intercultural Institute of Comparative Music Studies, a humanities research foundation. This year’s focus was “Ethnography of Recording Studios.”

“You might ask, now that everything is digital, why even talk about recording studios?” Wallach said. “But recording studios are still a very important site of music production and people want to use them. They’re still around because of the interactions that happen there.”

He was surprised and flattered to learn that the organizers were familiar with his earlier work on the poetics of recorded sound. And his first book, “Modern Noise, Fluid Genres: Popular Music in Indonesia, 1997-2001,” was included in the bibliography for the conference because of its coverage of recording activity. Conference participants were also familiar with his extensive work on the heavy metal genre. He was among three Americans participating in the conference, and his was one of only four papers given in English. The remaining seven were in Italian.

Wallach presented a paper on the soulful experience of the recording studio. He holds that “the most successful recordings are based on an actual social encounter, and that’s what brings the listeners in, because the listener is responding to a social interaction already taking place between the different musicians who play on the track. In a studio, there’s always an audience. That’s also one reason people like live albums, because they’re a like a film with a laugh track — they have an audience that tells you how to respond to the performance, and it becomes a kind of social encounter. That’s compelling, that’s pleasurable. It’s akin to ‘reaction videos’ on YouTube, the simulated social encounter.

“While all our modern, what I call ‘technological prosthetics’ like Garage Band that we have on our phones and computers make it possible for one person to make a whole composition, and we can simulate that quasi-social atmosphere, they cannot really replicate the collaborative, face-to-face aspect of making music together.

“My presentation explores a crucial enigma,” he said. He had previously explored how both live performance’s immediacy and the authority of text are attributes of sound recordings. In his present research he addresses how the intensely social process of sound recording is encoded such that it produces what might be called a quasi-social encounter with real listeners. How does this come about? Can it be studied through observation and conversation?

He did not dismiss the need for remote musical recording, however. Although being together performing or in the studio is the ideal, the ability to record and share music, even individually, has been important to the spread of culture and of ideas, Wallach said. During the apartheid era and the South African embargo in the late 1980s, for example, musicians would create tapes to mail to one another that could then be added to.

“By the 1980s, it was very common to ship music around all over the world for people to add tracks to. It was still analog tape but copies could be made that people could add their parts to and then they mixed it all together. It was an unwieldly process, but they could do it. Today, with digital technology, it’s much easier to email sound,” he said.

The trip to Venice was an unexpected break from Wallach’s faculty improvement leave project. Along with a wide variety of writing projects, he is conducting research for a book on popular music and ethnomusicology, examining the state of the field over the past 30 years. Wallach described ethnomusicology as “the study of people making music — how it relates to their culture, and how it expresses their culture and how they feel about their culture. Most contemporary ethnomusicologists see music making as a creative enterprise. It doesn’t just reflect culture but actively constructs it. And popular music, which places the emphasis on novelty, is a creative enterprise.”

Spending long days in the library and on email is not the usual investigative method for a cultural anthropologist.

“As a tribe, we are oriented toward field research,” he said. “We want to go out there and talk to people. But this project is about being in the library. It’s a meta study looking at the literature. Ethnomusicology is a very young field and no one has done this survey of it before.”

He did attend the annual meeting in November of the Society for Ethnomusicology in Albuquerque, where he conducted an interview with senior ethnomusicologist Steven Feld, whom he credits, with Charlie Keil, with setting the stage for the modern approach to popular music and ethnomusicology — not just collecting but also analyzing music and its social context, Wallach said.

Wallach has written or co-written over two dozen research articles and co-edited, with Esther Clinton, a special issue of Asian Music in 2013. In 2011, he co-edited, with Harris M. Berger and Paul D. Greene, the collection “Metal Rules the Globe: Heavy Metal Music around the World,” published by Duke University Press. He has given research presentations throughout North America and Indonesia, as well as Austria, Finland, Germany, the Netherlands, the Philippines and Puerto Rico. A founding member and former chair of the Society for Ethnomusicology Popular Music Section, he serves on the editorial boards of the Journal of World Popular Music Studies and the Journal of Metal Music Studies, and is a series editor of the Music/Culture Series at Wesleyan University Press. His writings have appeared in numerous journals and edited volumes.