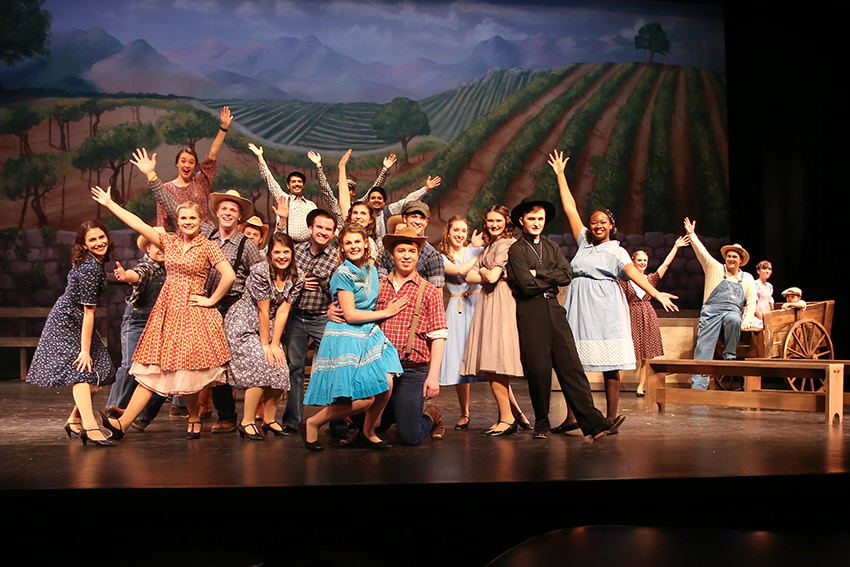 The Center for Regional Development (CRD) at Bowling Green State University has discovered that the creative arts industry in Ohio accounts for more than $41 billion in economic activity, supports more than 289,000 jobs and generates over $4.5 billion in federal, state, and local tax revenue annually.

The economic sustainability of a community is dependent on many factors. Whether leadership, medical or scientific development or business investment, community success is measured in a multitude of ways.

Stepping back from the traditional view of economic stimulus, the center worked to develop a study of the impact creative arts play in Ohio’s economy. The report  is a response to a request from Ohio Citizens for the Arts (OCA), a not-for-profit educational organization aimed at advancing the impact of arts in Ohio through research, engagement and learning opportunities.

Sharing this mission with BGSU, OCA enlisted the help of CRD, a research center on campus vastly familiar with helping the community assess economic impact.

“Organizations like OCA often reach out to us for similar studies because of our reputation for unbiased and rigorous economic impact analyses,” said Dr. Russell Mills, the center’s director and an associate professor of political science.

While CRD’s main focus is applying research on societal issues and challenges to enhance the economic vitality within the region surrounding the University, the center also has developed its mission to serve the state of Ohio at large.

The study found that 70 percent of the creative industries’ impact was located in Ohio’s six metropolitan areas: Cleveland, Columbus, Cincinnati, Toledo, Akron and Youngstown. Independent artists and performers enjoyed a 60 percent increase in output since 2015.

CRD and the OCA separate the arts industry into six categories: museums and collections, performing arts, visual arts and photography, film/radio/television, design and publishing, and schools and services. In doing so, the arts industry can be seen among a diverse array of venues from fine arts to more commercial applications.

The study is unique in that it looks not only at the major metropolitan areas of the state most known for their arts industries, but makes note that technological advancements and media have led to a great increase in the arts in rural areas as well.

Rural counties make up nearly 30 percent of the creative economy, with more than $12 billion in annual economic activity. This defies popular perception that creative activity is primarily an urban phenomenon.

The report explains that “creativity, innovation and knowledge creation are now central to economic prosperity.”

“Organizations typically use an economic impact analysis like this to inform and educate legislators on the value of public investment in the arts,” Mills said. By demonstrating the tangible products of the arts, the creative industry integrates itself into the traditional view of community development importance.

Realizations such as those reached within this study help better translate the importance of the arts and arts education to Ohio’s economy.

“We hope to continue to partner with the OCA on future economic impact analysis projects,” said Mills, who is optimistic about a continued and fruitful relationship with the organization.

The economic impact study completed by CRD stands as a testament to BGSU’s mission to serve the public good, he said. As a representative of the region and Ohio, BGSU is available to serve a range of needs from public, private and government partners.

For more information on developing a partnership with BGSU, contact CRD@bgsu.edu.