Falcons to face off against St Joseph’s University (Philadelphia) 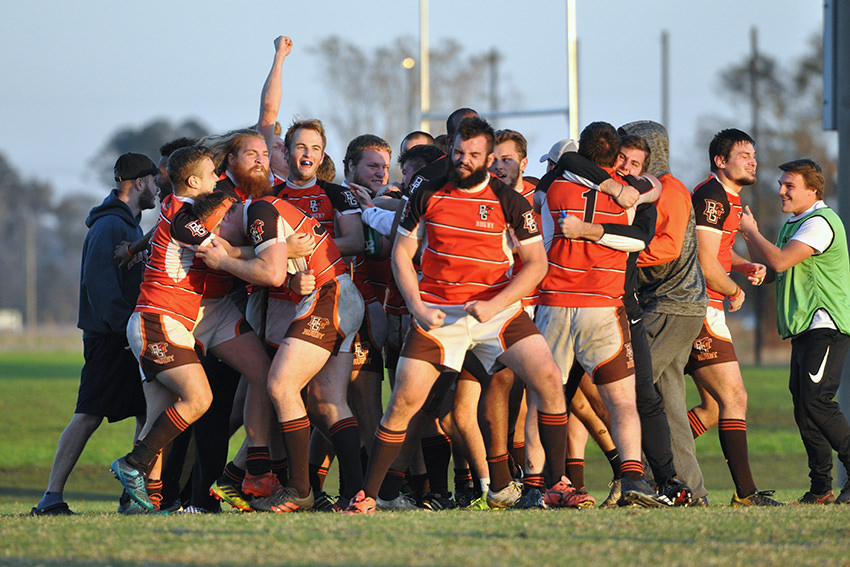 A spot in the D1AA national collegiate final against St Joseph’s University (Philadelphia) on December 2 in Charlotte, North Carolina.

The Falcons (8-3) defeated Kentucky 31-25 on November 18 to advance to the semifinal contest. BGSU’s Phil Bryant scored three tries in the Kentucky matchup and scored another important try in the semifinal as the Falcons rallied from a 14-0 deficit.

“It got a little dicey holding on to that single point at the end but the guys did a great job of coming up on defense hard, keeping Mary Washington bottled up in the middle of the field,” Ryan Steinmetz said.