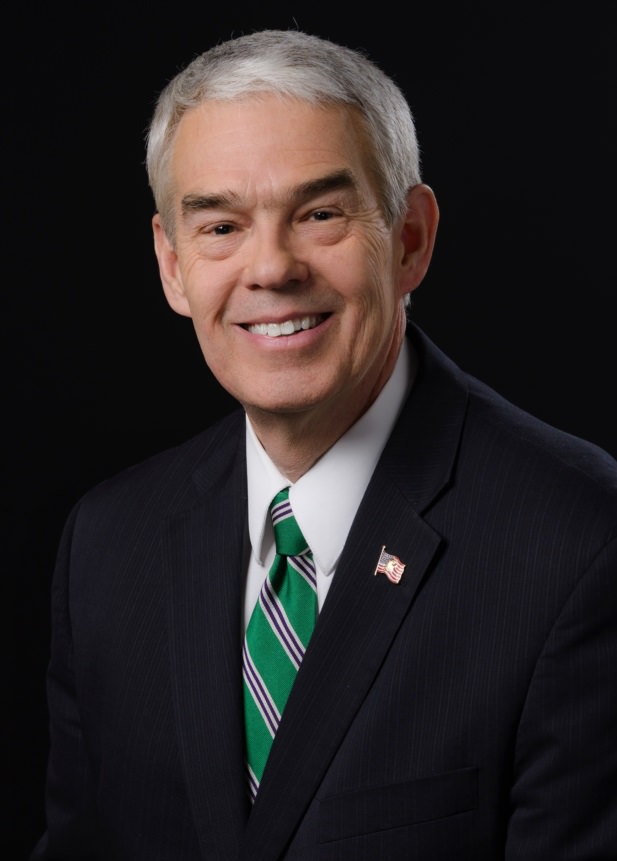 Ohio Sen. Randy Gardner (R., Bowling Green), who received his Bachelor of Science in education and his Master of Arts in political science from the University, addressed the graduating class. He was presented the Accomplished Graduate Award by BGSU’s College of Education and Allied Professions. Gardner has served northwest Ohio in the General Assembly for nearly 33 years. Now in his second term in the Ohio Senate, he is senate majority leader.

Gardner serves as chair of the Ohio Senate Finance Subcommittee on Higher Education, where he has advocated for enhanced state support for public education while encouraging efforts to make higher education more affordable in Ohio.

Among his many awards and acclamations, Gardner has been named Legislator of the Year by the Ohio Disabilities Council and received the Andrew Carnegie Award from the Ohio Library Association. During his time in the Ohio Senate and House of Representatives, he has maintained a 100 percent voting record on bills, amendments and resolutions – more than 10,300 consecutive votes since 1985, for which is he has received the prestigious Watchdog of the Treasury Award numerous times.

He and his wife, Sandy, live in Bowling Green. Two of their three children are BGSU alumni.