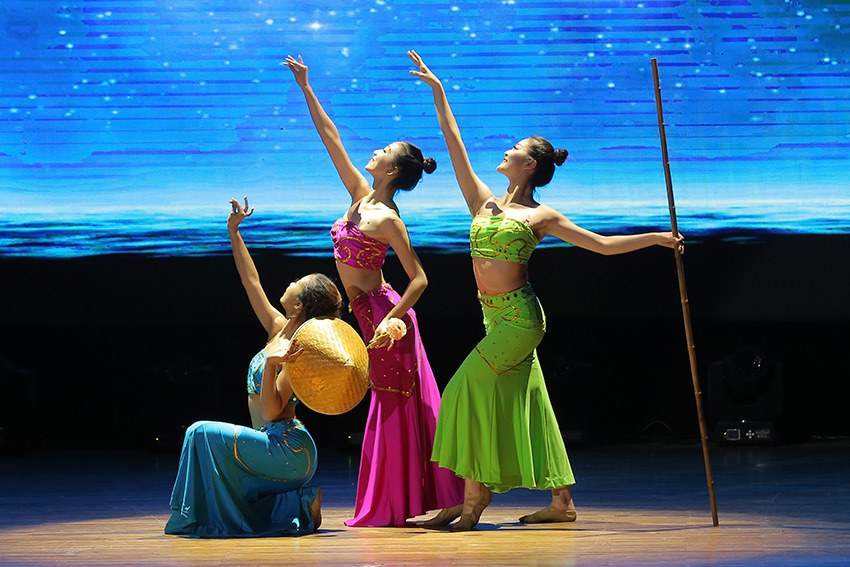 As part of a cultural exchange, a Yanshan University group from China will perform at Bowling Green State University and other northwest Ohio universities beginning March 12.

The BGSU performance is at 7:30 p.m. on March 12 in Kobacker Hall of Moore Musical Arts Center. Other performances are scheduled at University of Toledo and Lourdes University.

The troupe’s visit is part of the “sister city” relationship between Toledo and Qinhuangdao, China, that began in 1985. Both are known as a “Glass City.”

Dr. Joseph Chao, Narayen Endowed Associate Professor and chair of the BGSU Department of Computer Science, leads the local Qinhuangdao Sister City Committee. The purpose of the troupe’s presentation is to “spread goodwill and share our cultures with one another,” he said.

“During my visit to Yanshan University, I had the personal honor to see a rehearsal of several of the numbers that will be performed here at BGSU,” Mathis said. “I was thoroughly taken with the beauty and expressive display of both the traditional Chinese music and dance. Their presentation on our campus and the cultural exchange with our students will be a wonderful experience for all who are involved.”

Tickets are $5 per person and available at the Bowen-Thompson Student Union Information Desk, by calling 419-372-2741, or at the door the night of the performance. The additional performances are at 7 p.m. March 14 in the Doermann Theatre at the University of Toledo, and at 7 p.m. March 19 in the Franciscan Center at Lourdes University.

While in northwest Ohio, in addition to their performances, the group will attend a Toledo Symphony Orchestra concert at the Toledo Museum of Art Peristyle, visit the Toledo Chinese School at Maumee Valley Country Day School, and attend soprano Dawn Upshaw’s BGSU concert and the dress rehearsal of the BGSU Opera Theater production of “Così fan tutte.”

“These exchanges are important to foster better understanding of each other, to become more comfortable with each other, and promote mutual respect,” Chao said.