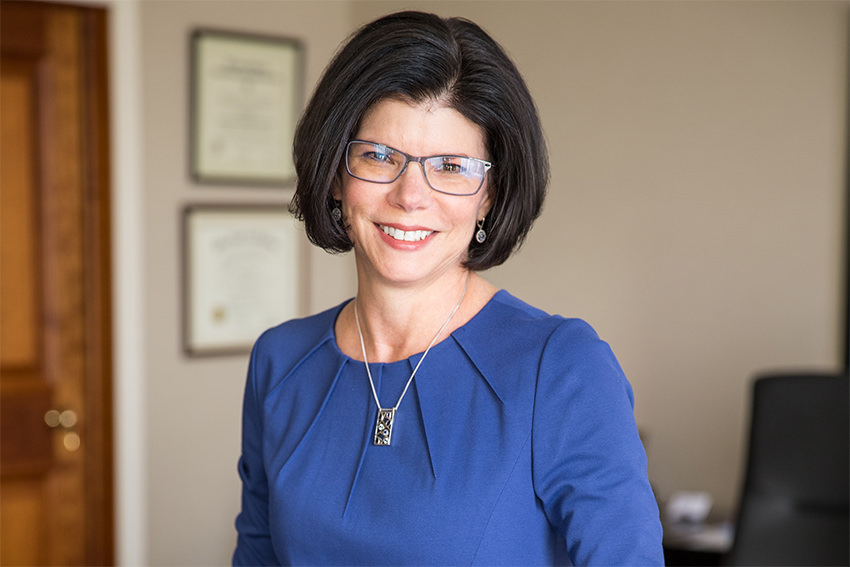 The magazine recognized Nationwide in its 100 Best Workplaces for Women at No. 50, and Shore is one of the company’s highest-ranking female executives. In addition, Nationwide recently was awarded the prestigious Catalyst Award for 2018 in recognition for its culture and programs to accelerate women in leadership.

“I would encourage young people to say, ‘I can go anywhere and I can do anything that I set my mind to. Let the world tell you no rather than talking yourself out of things. Sometimes, you just have to go for it.”

“I’m at this level because I was always given tremendous opportunity and meaningful assignments,” she told Fortune, with accountabilities ranging from $1 billion of revenue at first to $15 billion today.

Shore double-majored at BGSU in procurement and materials management and production management, which is now called supply chain management. She has worked at Nationwide, which is headquartered in Columbus, Ohio, and employs more than 34,000 people across the country, for more than 20 years.

Another reason Shore stands out is she has been the executive sponsor of the company’s All-Women Associate Resource Group for the past several years, helping grow that group from about 400 members to well over 5,000.

“I’ve had good role models here,” she told Fortune. “Now, I try very hard to be the same for the generations coming up behind me.”

Shore said Nationwide has been ahead of the curve when it comes to diversity and has flourished under the guidance of CEO Steve Rasmussen, who has been at the company’s helm since 2009.

“It’s been an environment where I, and a lot of other women, have been given opportunities to succeed,” she said. “One of the keys to getting to the president level was being given challenging and visible assignments in the middle of my career. That and having strong sponsorship can make the biggest difference as to who progresses to the executive level in a company. When you succeed, doors open for you. This is true for both men and women.”

Shore said BGSU did a great job preparing her for a career in the insurance industry, and it all started with an internship. Shore interned with IBM between her junior and senior years, and credits that experiential learning experience for helping her find a job in a tough economy: “That certainly made a difference because it gave me some real-world experience and confidence.”

“It’s interesting because with my major I would have expected to end up in a manufacturing environment,” she said, “but at the time I graduated, there was a pretty significant recession under way. Thankfully, I landed in an industry that has been pretty recession proof. The foundational business training I got in the college of business was applicable at a service company selling an intangible product.”

Shore said she doesn’t feel pressure for being responsible for $15 billion in annual revenue, but rather an obligation to do well for others.

“There are a lot of people counting on us making good decisions for the future,” Shore said. “The pressure comes from wanting to make sure we’re making smart decisions about the future on behalf of them. It just happens to be a lot of money.”

If she could offer career advice to female students at BGSU, it would be this: Don’t impose limits on yourself.

“Women often limit their own choices and opportunities with artificial boundaries, and they don’t need to,” said Shore, who added that the same advice could be applied to young men, too. “I would encourage young people to say, ‘I can go anywhere and I can do anything that I set my mind to. Let the world tell you no rather than talking yourself out of things. Sometimes, you just have to go for it.”