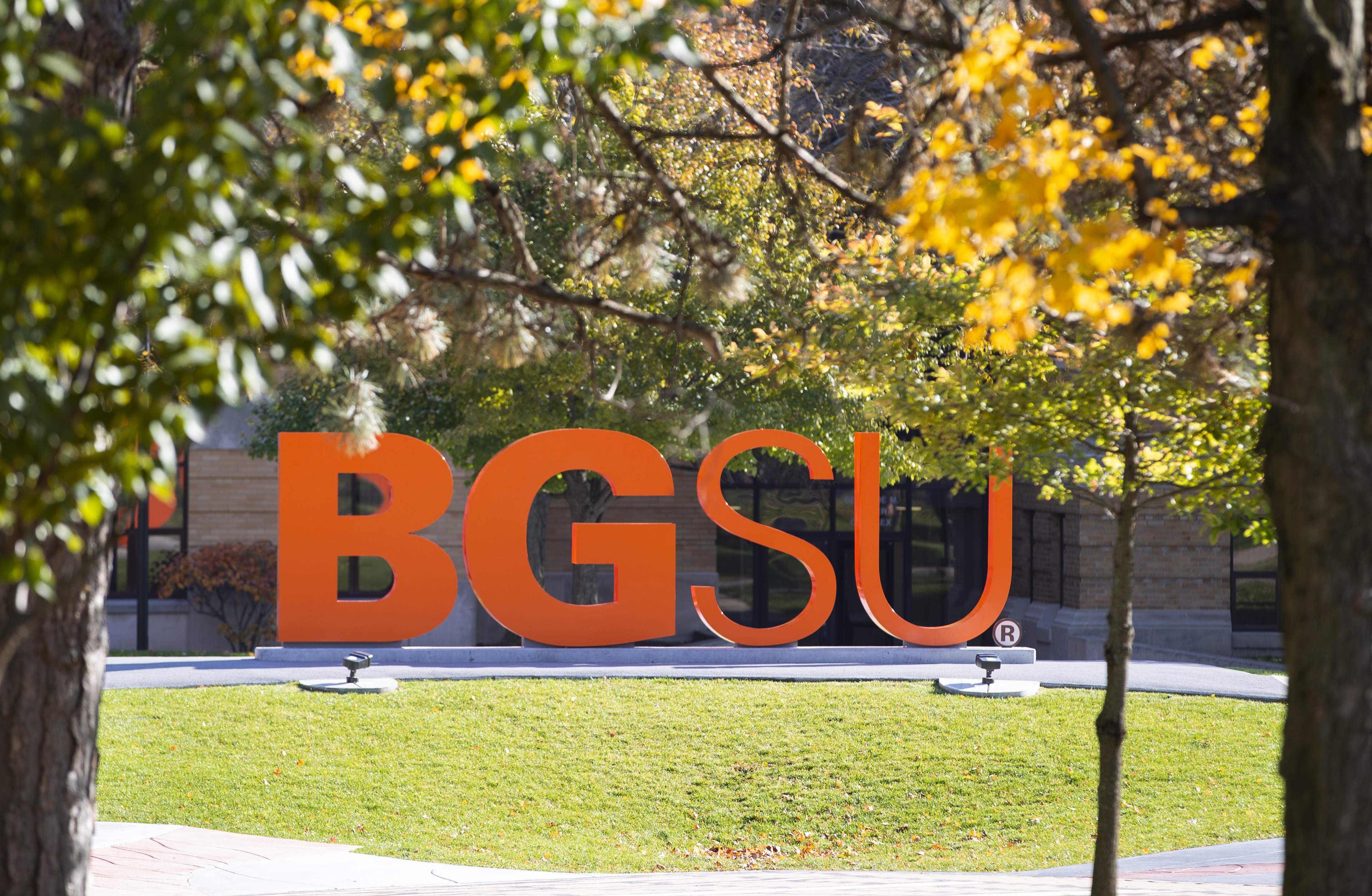 At its first meeting of the 2022-23 academic year, the Bowling Green State University Board of Trustees recognized how BGSU is supporting workforce needs, attracting top-performing students and creating public good with nationally ranked programs and faculty.

During the Sept. 23 meeting, trustees approved changes to the College of Technology, Architecture and Applied Engineering, acknowledged the support of generous alumni and welcomed new members to the board.

The Bowling Green State University Board of Trustees on Friday approved a landmark change to the University’s College of Technology, Architecture and Applied Engineering (CTAAE) that will both enhance education opportunities for current and future BGSU students and respond directly to workforce in needs in Ohio and beyond.

The creation of a School of Engineering builds upon what BGSU already does well: its engineering technology programs hold accreditation from Accreditation Board for Engineering and Technology (ABET), and the University’s excellence in math and science allows BGSU to become a major player in addressing a significant workforce need for qualified engineers, particularly in Ohio.

In addition to academic changes to CTAAE, trustees approved to proceed with design services for the Technology Engineering Innovation Center, which is set to replace the current Technology Building in summer 2025.

Built in 1971 as the Industrial Education and Technology Building, the Technology Building houses CTAAE offices, a visual communication technology lab, a metallography lab, a metrology lab and classrooms. Now, more than 50 years later, BGSU leaders have determined that a renovation of the split-level building would not be cost effective.

Once complete, the Technology Engineering Innovation Center will be located steps away from the current Technology Building and will house various academic labs for the robotics, advanced manufacturing and metals and machining programs. The state-of-the-art facility will also hold lab and creative space for other CTAAE programs. Additionally, the new space will include flexible interdisciplinary environments, as well as faculty and staff offices and spaces that foster student interaction and collaboration.

The board also approved to proceed with design services for the renovation of the Slater Family Ice Arena, which is home to BGSU Hockey and multiple local high school hockey teams and skating clubs.

Benefitting from several capital improvement projects since 2008, the proposed improvements to the Slater Family Ice Arena include upgrades to overall building systems, safety and accessibility services and daily function. Additional potential updates are set to include locker room and restroom renovations, the creation of a new mezzanine on the south end of the ice rink with private suites, concessions, a club room and additional spectator seating. A renovated main entrance and 1,000-square foot addition to the arena's west entrance are also part of the recommended improvements.

Additionally, the Board of Trustees awarded President Rodney K. Rogers an annual performance bonus of $100,000 for his leadership of Bowling Green State University.

During the past academic year, BGSU achieved its overall enrollment goals, including a 7% increase in new first-year student enrollment and set an historic GPA record for its newest class with an average of 3.65, implemented its Community of Care initiative, continued to implement its strategic plan, Forward., created new and relevant academic programs and partnerships and raised nearly $30 million in support of current and future students, the most in a non-campaign year in the University’s history.

For the fourth consecutive year, President Rogers and his wife, Dr. Sandy Earle, have chosen to commit the full amount of his bonus to the BGSU Foundation, Inc. to support students and the University’s strategic initiatives. President Rogers' bonus donations have totaled $364,000 during his presidency at Bowling Green State University. In addition, President Rogers will receive the same base compensation percentage increase as all BGSU staff.

"As president, I am honored to continue to help my alma mater to achieve its mission to create public good, and I want to express my sincere thanks to Chair Eisele and the Board of Trustees for their leadership and support," President Rogers said. “I have such talented faculty and staff colleagues who are committed to providing a 21st-century public education that empowers our students to be successful in college and beyond. Together, we will continue to move forward, working to ensure we demonstrate the value and relevancy of Bowling Green State University.”

During its meeting, the board recognized the contributions of generous BGSU alumni who helped make the construction of the new Alumni Gateway possible, which was dedicated during the University's 100th Homecoming anniversary celebration.

The gateway – which resembles the original campus gateway that once stood in the same spot – is located at the corner of Thurstin Avenue and Court Street and showcases the University's historic buildings with open walkways and sprawling green space. The Alumni Gateway also seamlessly connects BGSU to the many shops, restaurants and stores in the city of Bowling Green, ranked as one of America's best college towns.

One of the gateway's more prominent features is a fountain named in honor of William (Bill) F. Schmeltz, a former professor and dean in the Schmidthorst College of Business and longtime BGSU supporter. His wife, Peggy, earned a bachelor’s degree in business education in 1950 and a master’s degree in education in 1970. She also served as a member of the Board of Directors of the BGSU Foundation, Inc. from 1996 to 2003.

Serving as a centerpiece to the gateway, the Schmeltz Family Fountain features nine programmable LED lights that can be lit to match any occasion.

Alumnus and current BGSU Board of Trustees Vice Chair Drew Forhan '81 and his wife, Nancy, also made a generous challenge gift to the project, inspiring many alumni and friends of the University to make contributions to support the Alumni Gateway.

Additional opportunities to name features and be recognized in a project plaque are available. Those interested in contributing are invited to do so through Oct. 31 at BGSU.edu/Give.

The board acknowledged the University's recent rankings as one of the top public universities in the nation for the quality of its undergraduate teaching, according to the 2022-23 Best Colleges rankings by U.S. News & World Report.

BGSU was also once again recognized as a top university for social mobility, which focuses on a college's ability to advance social mobility by enrolling and graduating large proportions of economically disadvantaged students awarded Pell Grants. The vast majority of these federal grants are awarded to students whose adjusted gross family incomes are under $50,000.

"These rankings reaffirm BGSU as a national, comprehensive research university that is focused on the success of our students," BGSU President Rodney K. Rogers said. "As a public university for the public good, BGSU remains steadfast in its commitment to redefining student success through a focus on teaching and learning, empowering students to design their educational experience and always remaining a great value, something that is rare among comprehensive public universities."

Several of the University's academic programs also climbed in the annual rankings, including undergraduate business in the Allen W. and Carol M. Schmidthorst College of Business, undergraduate computer science, engineering and nursing.

"BGSU offers innovative academic programs that support student success," said Joe B. Whitehead Jr., provost and senior vice president for academic and student affairs. "These rankings highlight the quality teaching, research and creative activities our faculty provide to students to prepare our graduates for the 21st century workforce, and graduate and professional schools.”

Additionally, BGSU graduate programs were ranked as some of the nation's best, according to U.S. News & World Report’s 2023 Best Grad School Rankings. The University's industrial and organizational psychology program continued an unprecedented three-decade dominance in the rankings with a national ranking at No. 3.

Trustees recognized that new freshman enrollment at BGSU is up 7% compared to last fall, with one of the most diverse and highest achieving freshman classes in University history.

The average GPA for new, first-year students is 3.65, a record high for BGSU. There are 90 valedictorians in the class and more than 300 students enrolled in the Honors College.

While the majority of the freshman class is from Ohio, there are also students from 34 states, including Alaska, and more than 800 international students. International enrollment continues to climb, surpassing pre-pandemic enrollment.

The University is also welcoming its most diverse class since 2018, with students of color making up 20% of the fall class.

Additionally, new graduate student enrollment is up more than 4%, with continued interest in BGSU graduate and professional programs.

BGSU ranked No. 2 nationally as top university for veterans

The board also noted the University's recent No. 2 national ranking as a top university for veterans and active military students by Military Times in its Best for Vets: Colleges 2022 rankings. BGSU was also ranked No. 1 in the Midwest for the second year in a row.

BGSU is up three spots in the rankings, according to the largest and most comprehensive ranking of schools for military service members and veterans.

Rankings are based on the results of a comprehensive school-by-school assessment of veteran and military student services and rates of academic achievement, according to the Military Times.

The board also welcomed three new trustees to start the academic year.