Much-anticipated unmaskings did not disappoint

Fans showed up at the Slater Family Ice Arena and Stroh Center to cheer on their Falcons as they battled it out with conference rivals, but many in the stands were also eagerly waiting to find out the identities of two SICSIC members and this year’s beloved mascots.

On Saturday, Feb. 19, two of the “secret six” SICSIC members – Shrek and Deadpool – were unmasked during the hockey game against Northern Michigan. One week later, on Feb. 26, the 2021-22 mascots, comprised of three Freddies and three Friedas, were revealed between that day’s men’s and women’s basketball games.

Student photographer Haven Conn was on hand to capture these moments that carry on the University’s enduring school spirit. 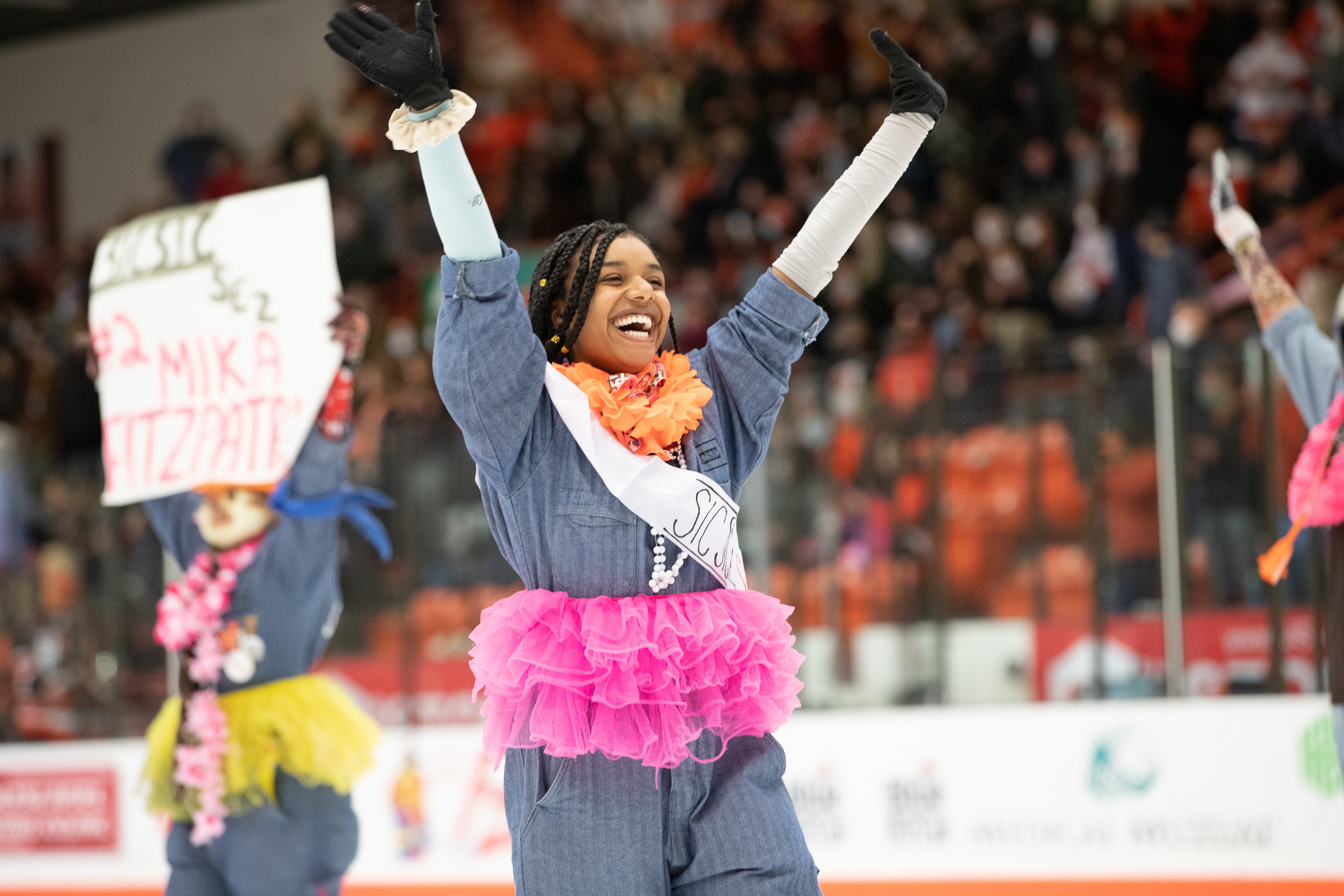 Mika Fitzpatrick, an Ethnic Studies major from Dayton, was revealed as SICSIC’s “Shrek” between the second and third periods of the Feb. 19 hockey game against Northern Michigan. 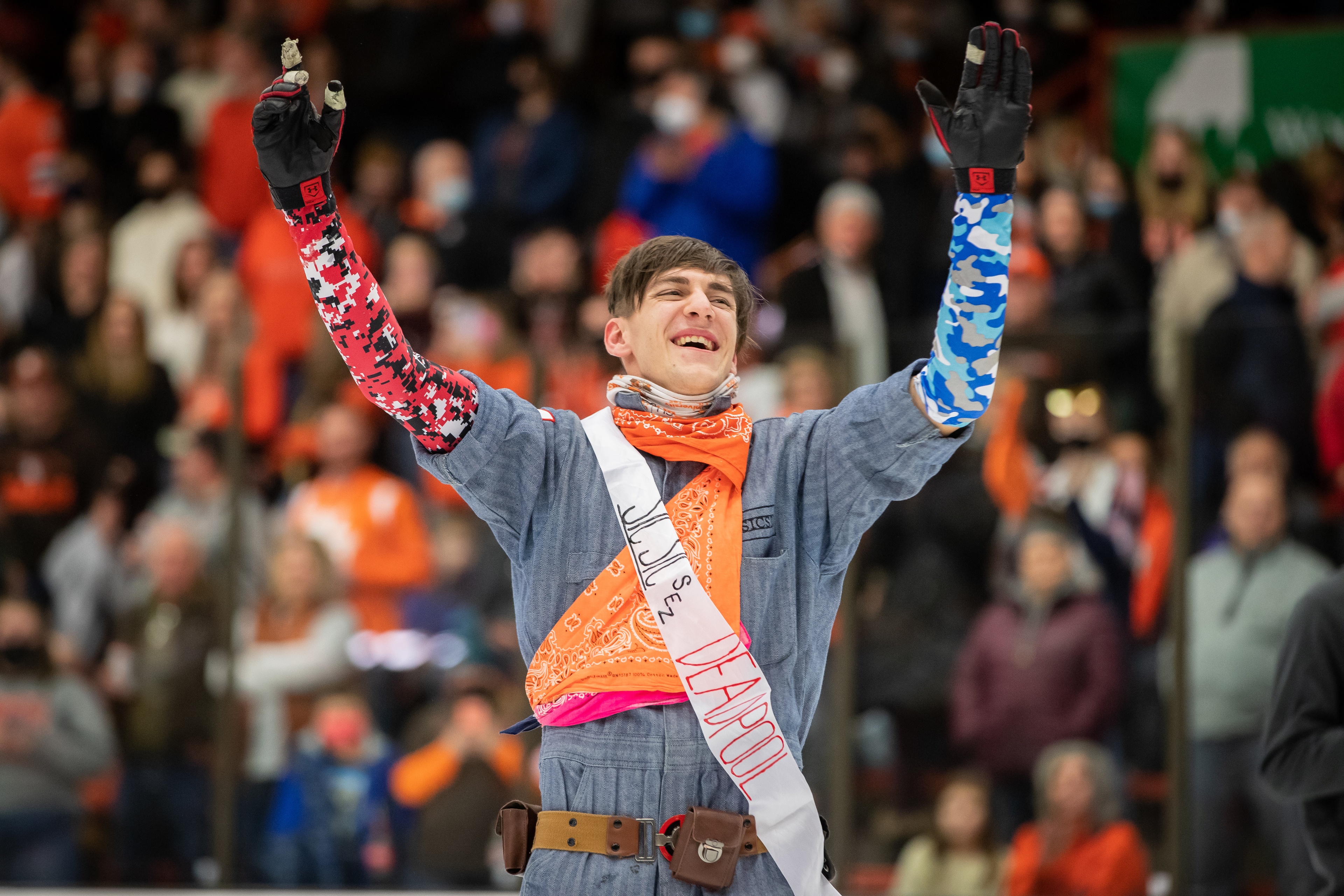 Noah Silver, an Adolescence to Young Adult (AYA) Mathematics major from Youngstown, was revealed as SICSIC’s “Deadpool” on Feb. 19 before a raucous crowd at the Madhouse on Mercer. 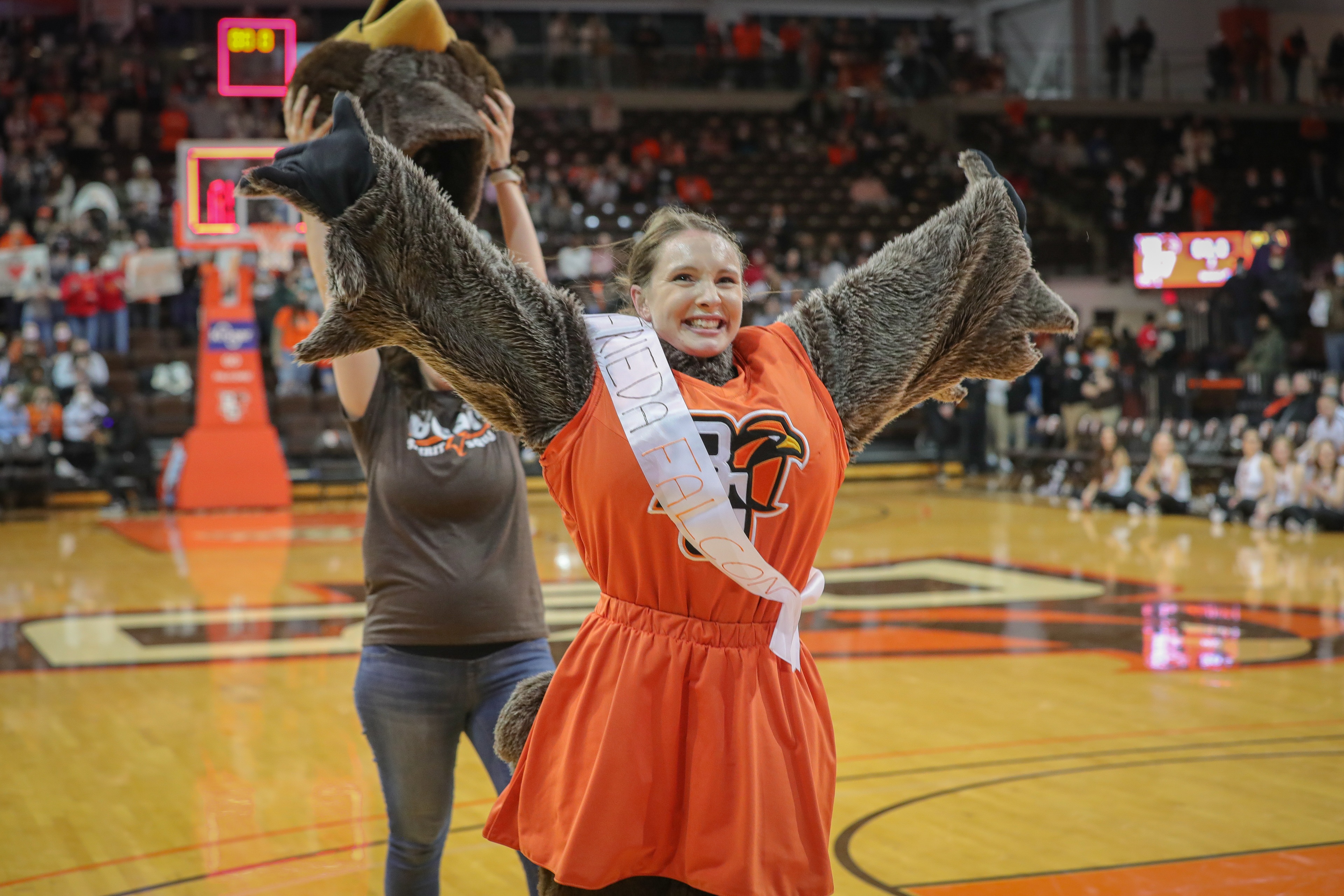 Hailey Kurtz, a junior studying Biology on the pre-med track from Hilliard, Ohio, was revealed as this year’s Frieda No. 1 by Katrina Heilmeier after the Men’s Basketball team played Western Michigan on Feb. 26. 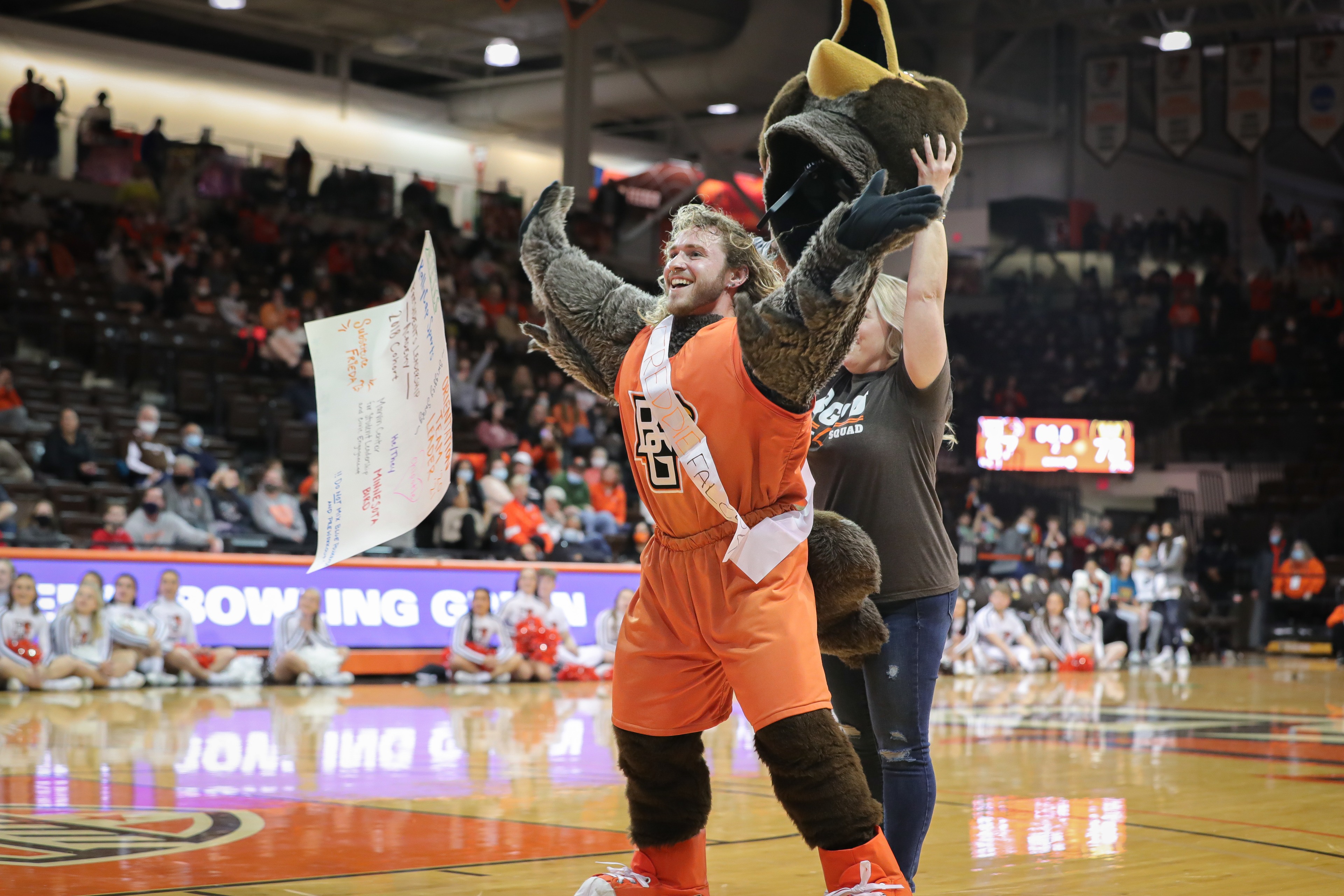 Jordon Egbert, a senior Dietetics major, minoring in leadership, who hails from Gibsonburg, Ohio, was unmasked by Megan Arnold as Freddie Falcon No. 1. 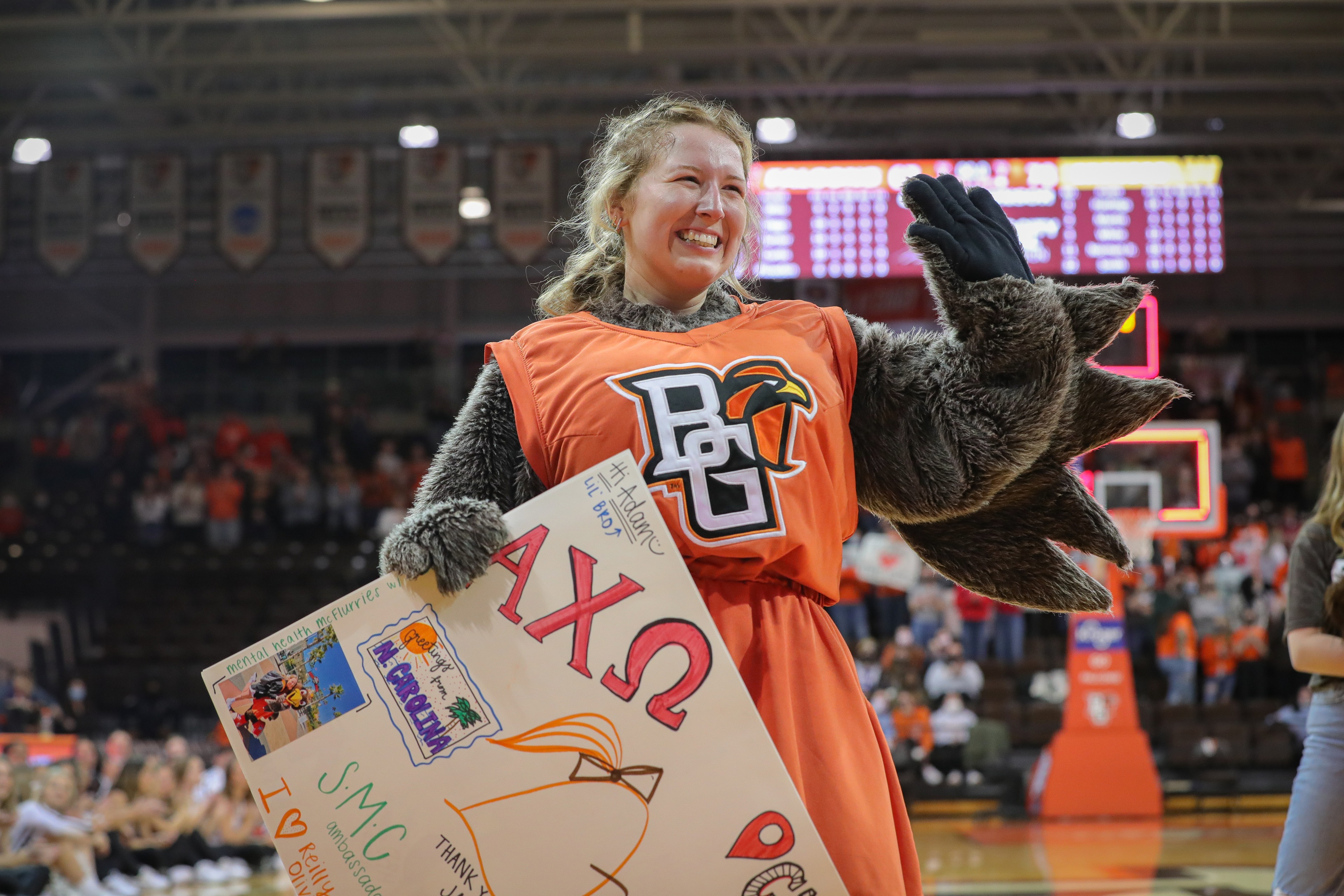 Alison Kaiser, a junior Public Relations major from Westerville, Ohio, was Frieda Falcon No. 2 for 2021-22. 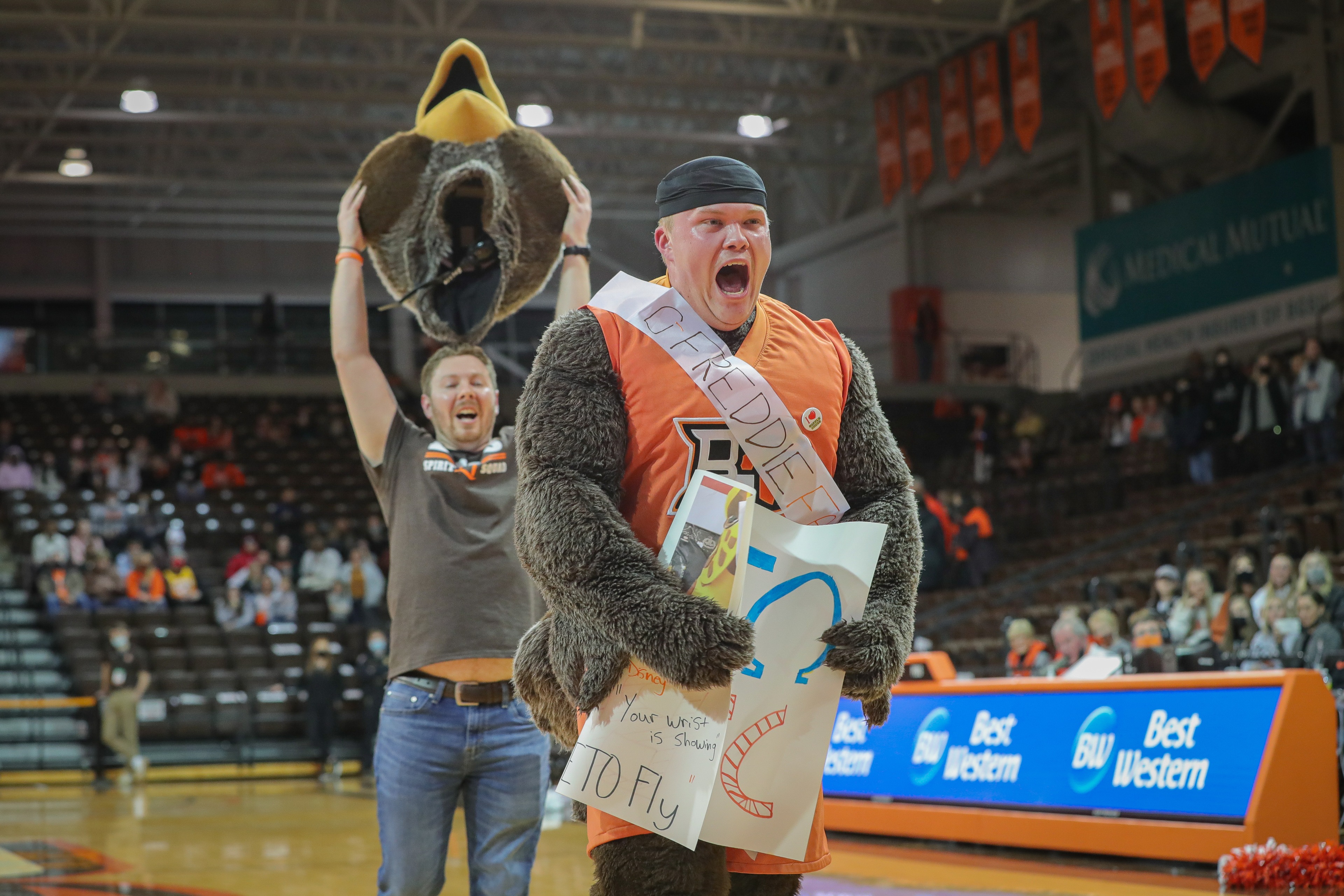 Danny Howard was Freddie Falcon No. 2 this past year. A senior majoring in Aviation - Flight Technology and Operations from Cincinnati, also known as “Big Fred,” was unmasked by mascot alumnus and fellow flight instructor Ethan Beegle. 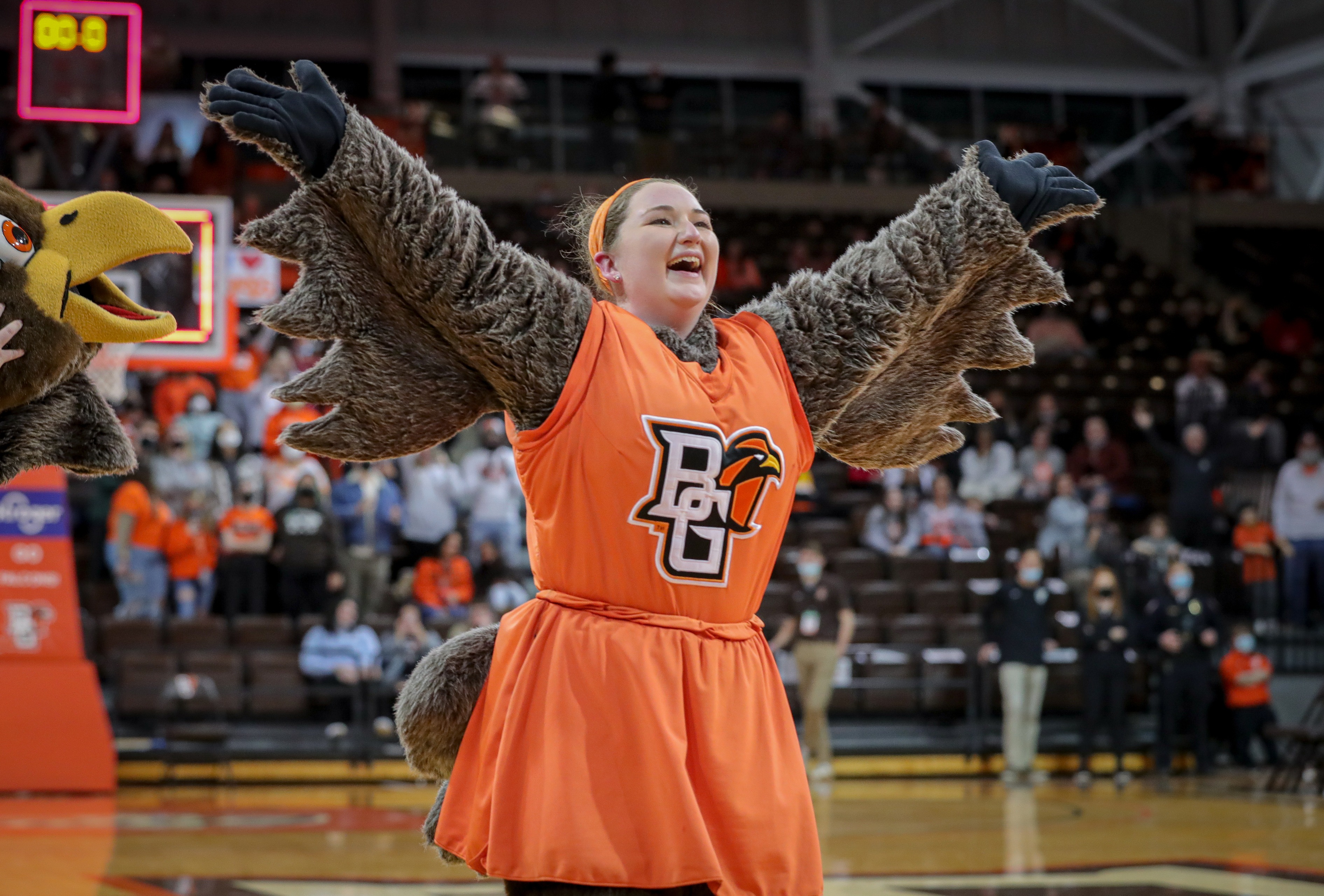 Mary Baird, a senior studying Tourism, Hospitality and Event Management from Cleveland, was Frieda Falcon No. 3 this past year. 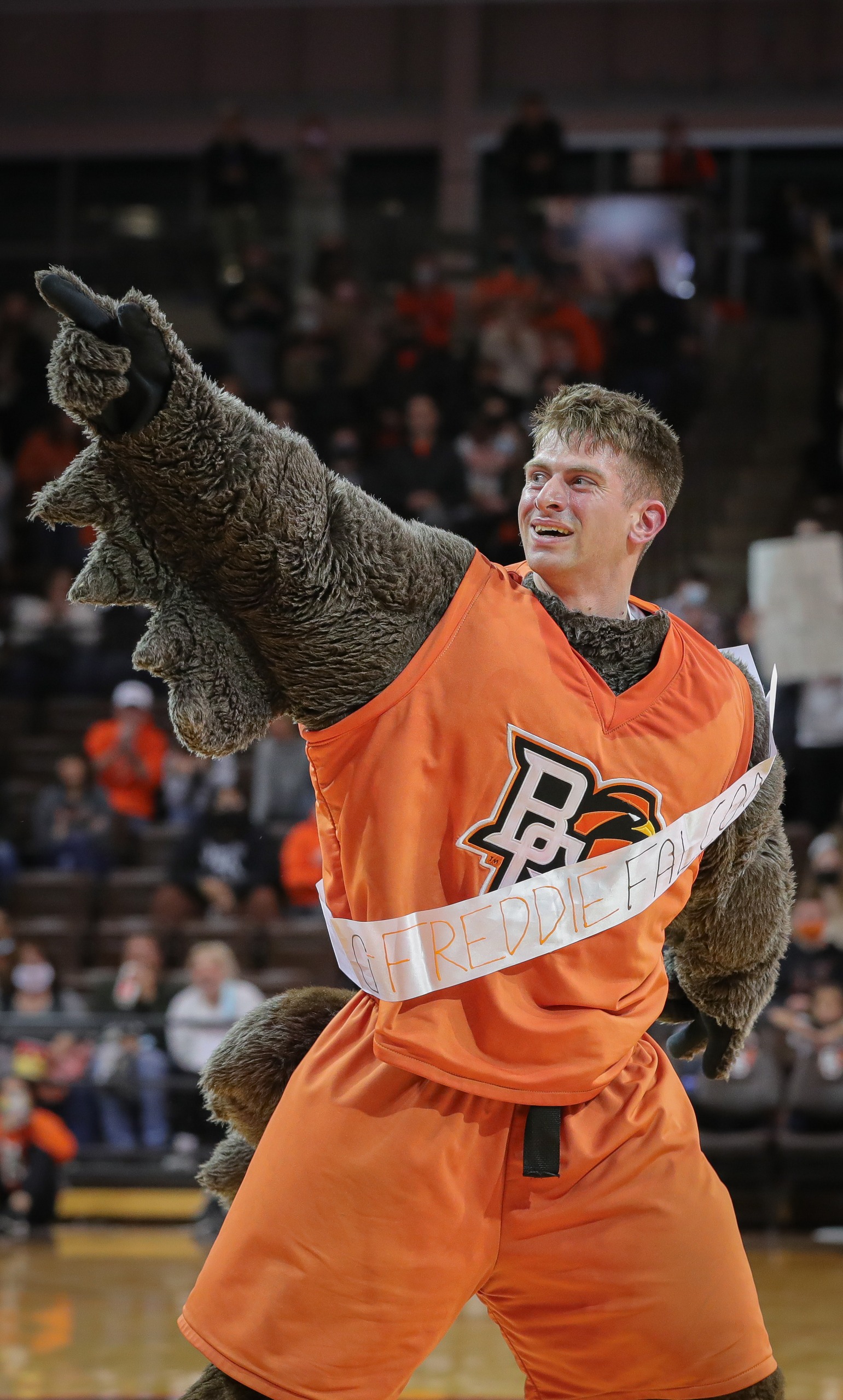 Brenden Dean, a senior majoring in Political Science from Clyde, Ohio, was revealed as Freddie Falcon No. 3. 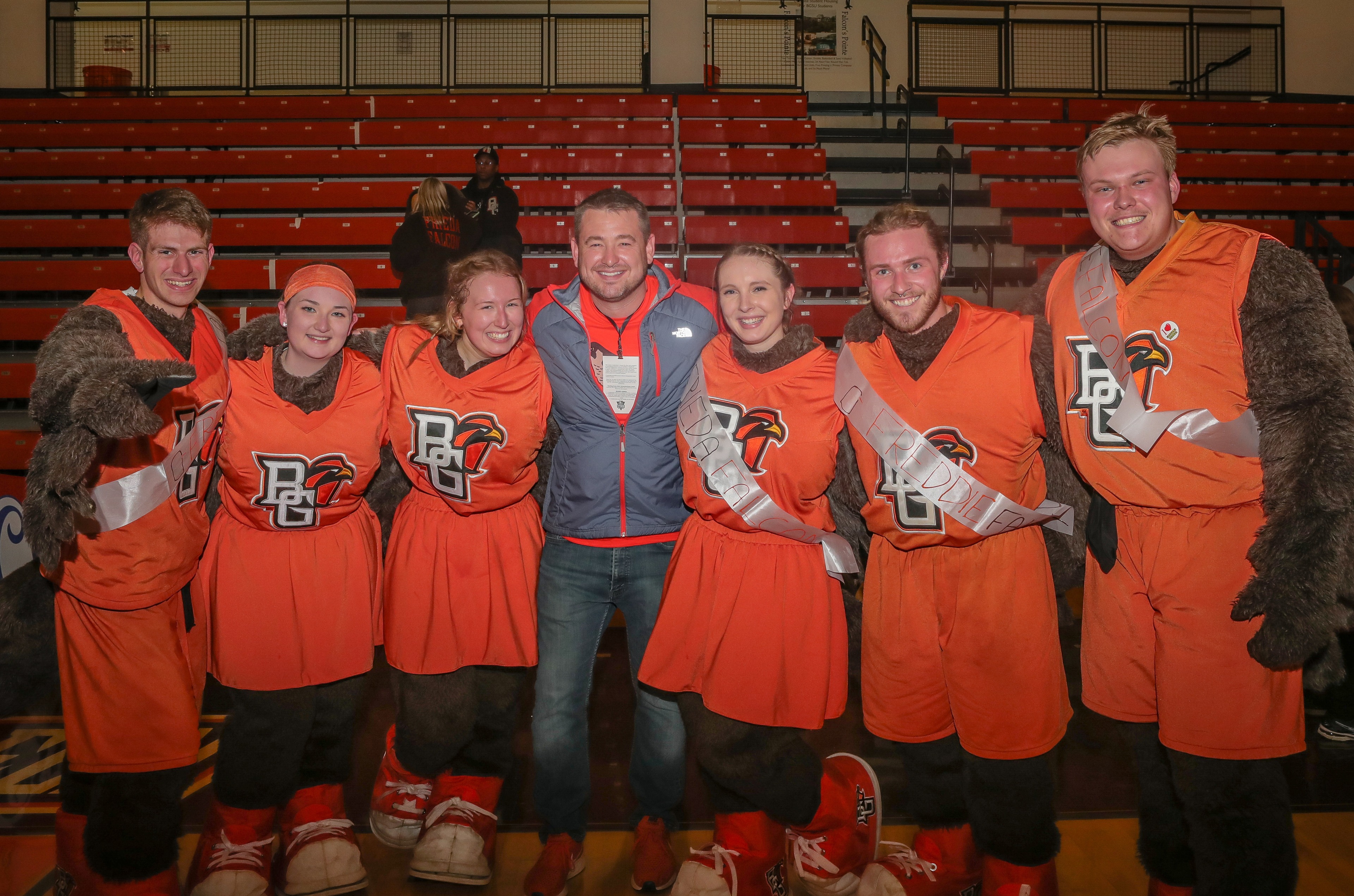 The 2021-22 BGSU mascots posed with their advisor, Dr. Jacob Clemens, who also serves as the director of the C. Raymond Marvin Center for Student Leadership. 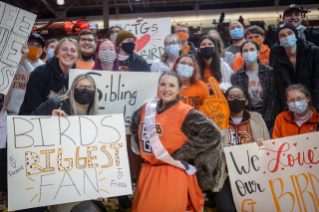