Flashback to 1984: Falcons face off against familiar foe 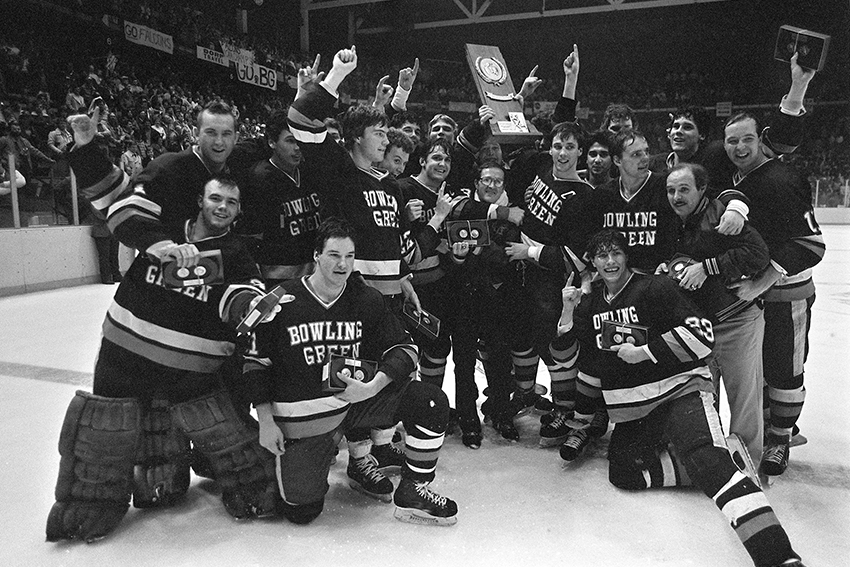 It was 35 years ago this month that the Bowling Green State University won the NCAA championship in hockey with a four-overtime thriller over Minnesota Duluth.

If that university’s name sounds familiar, that’s because BGSU takes on Minnesota Duluth at 4 p.m. Saturday (March 30) in the Midwest Regional of the NCAA tournament at the PPL Center in Allentown, Pennsylvania. The game will be broadcast on ESPNU.
In 1984, Gino Cavallini converted a one-timer to give the Falcons the win in overtime. Gary Kruzich starred in goal, making 32 saves, including stops on two shorthanded breakaways in the second and third overtime periods. For his play, Kruzich, a freshman, was was named the tournament’s MVP.
This season, the Falcons earned a bid to the NCAA tournament after compiling a 25-10-5 record. BGSU finished third in the WCHA regular season and lost 3-2 in overtime to Northern Michigan after sweeping Michigan Tech and Northern Michigan in early rounds of the playoffs.
BGSU has a 3-1-1 mark against this season other teams in the NCAA tournament, winning two out of three games against Minnesota State and going 1-0-1 against Ohio State.
To read more about the NCAA championship victory, check out the BG News archives.