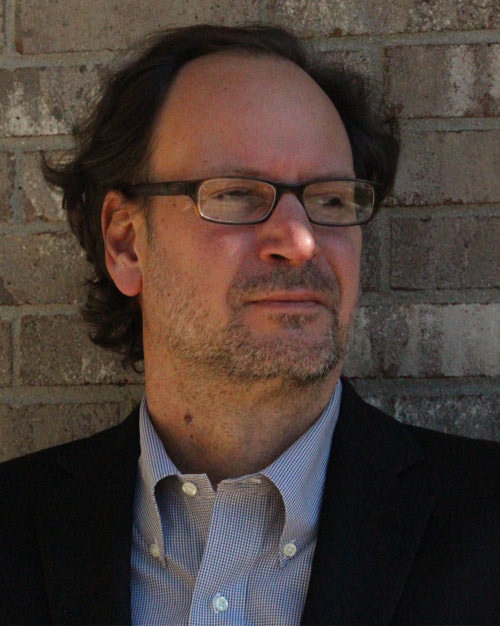 Through his writing and teaching, Dr. Albert Dzur, a professor of political science and philosophy at Bowling Green State University, has shared his vision for democracy. Internationally recognized as a thought leader for his focus on deliberative democracy, democratic professionalism and criminal justice reform, Dzur's contributions have had a global impact.

He has been honored for his work both nationally and internationally, and at its Feb. 22 meeting the BGSU Board of Trustees recognized his extraordinary record of achievement by bestowing on him the title of Distinguished Research Professor.

Dzur's publication record is striking, wrote supporter Dr. Neil Englehart, chair of the Department of Political Science. He has published in prestigious journals, and a  university press book each year over the past three years, "an astonishing record in our field," Englehart said. His complete catalogue includes 29 substantive publications in leading journals, five books and numerous invited presentations. Among his books that have received critical praise are "Democratic Professionalism: Citizen Participation and the Reconstruction of Professional Ethics, Identity, and Practice" (2008), "Punishment, Participatory Democracy, and the Jury" (2012), and his co-edited, with Ian Loader and Richard Sparks, "Democratic Theory and Mass Incarceration" (2016). Remarkably, said Dr. Raymond Craig, dean of College of Arts and Sciences, Dzur's publication pace has only increased since his promotion to full professor in 2012.

But even greater than his achievement in publishing, said Englehart and Craig, is the strong impact of his work. His work on deliberative democracy has brought professionals and experts together with the public to make well-informed decisions on public policy. His work on democratic professionalism has been the basis for a series of health care seminars in the United Kingdom sponsored by the U.K.'s Economic and Social Research Council. His influential work in the area of restorative justice has received international recognition.

He received the 2017 Laurence and Lynne Brown Democracy Medal from the McCourtney Institute for Democracy at Penn State University, awarded annually to honor the best work being done to advance democracy in the United States and internationally. The Ohio House of Representatives awarded him a Research Commendation for his contributions to democratic theory and practice. Last summer he received a "Distinguished International Visitor" research award from the University of Canberra in Australia.

In addition to his research and writing, Dzur teaches the next generation of college students through courses on political thought, political philosophy, democratic theory, citizen engagement, modern political ideologies and public administration ethics.

Widely respected by his colleagues and the educational community, Dzur's cross-partisan work appeals to a wide political audience.

"Albert Dzur is at the cutting edge of theorizing democratic innovations in institutional and professional contexts and more broadly, the public possibilities of work as a site of citizenship," said Dr. Harry Boyte, senior scholar at the Sabo Center for Democracy. Dzur's contributions span the steep divide between academia, public life and public policy. His efforts "renew the pragmatist concern with grounded theory," which grows from the actual challenges of the real world.

As Dr. Simone Chambers, professor of political science at the University of California at Irvine and a published author of democratic theory, wrote, "He is one of the top three political philosophers working on democratic participation in the USA today. His research focuses on the salutary role that ordinary citizens, lay professionals, and professionals can play in decisions, policy evaluations and problem-solving within areas usually left to the guidance of political elite."