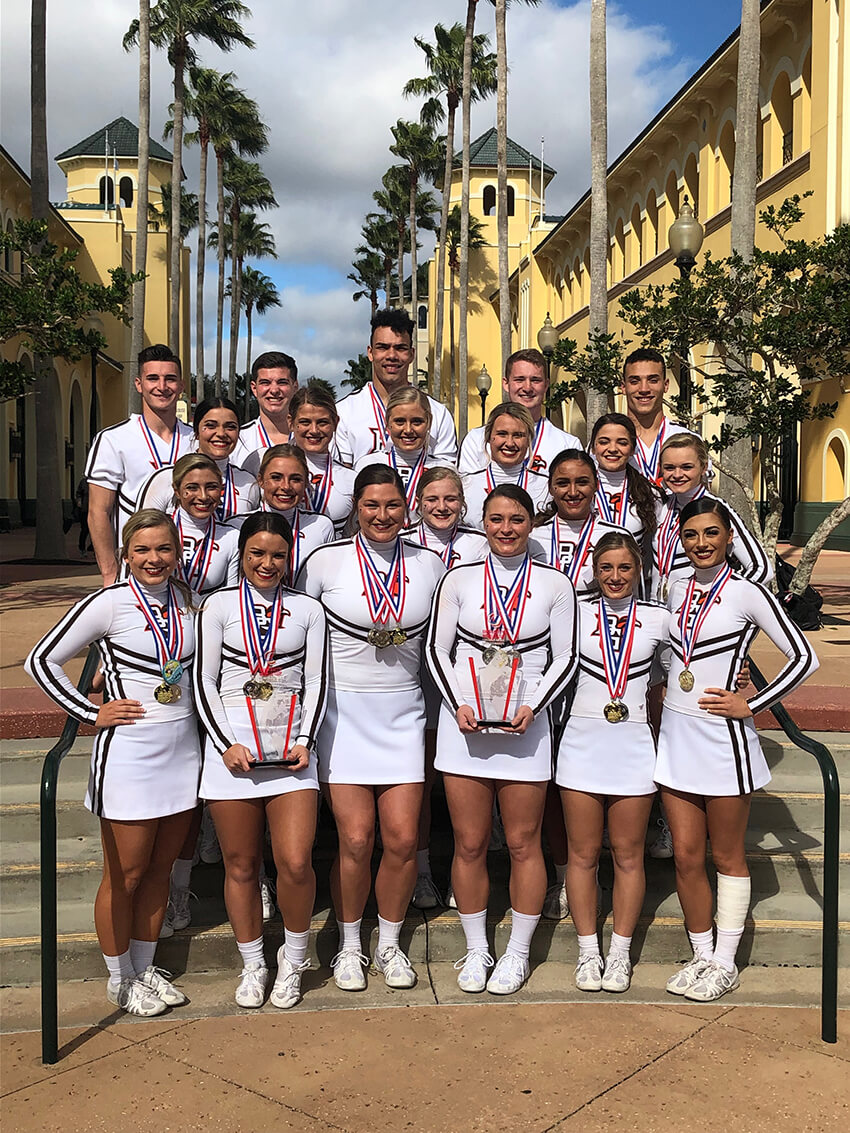 The Bowling Green State University cheerleaders competed January 18-20 in the UCA and UDA Cheerleading and Dance Team National Championship at the ESPN Wide World of Sports Complex in Orlando, Florida.

“These athletes work so hard outside of the classroom and sacrifice most of their winter break in order to compete at the national level — it paid off tremendously this year," said Tyler Strom, head coach of spirit programs at BGSU.

The all-girl Game Day team placed fourth January 18. It was BGSU’s first time competing in this division. Also, on January 18, the all-girl stunt group finish in second during the partner stunt competition.