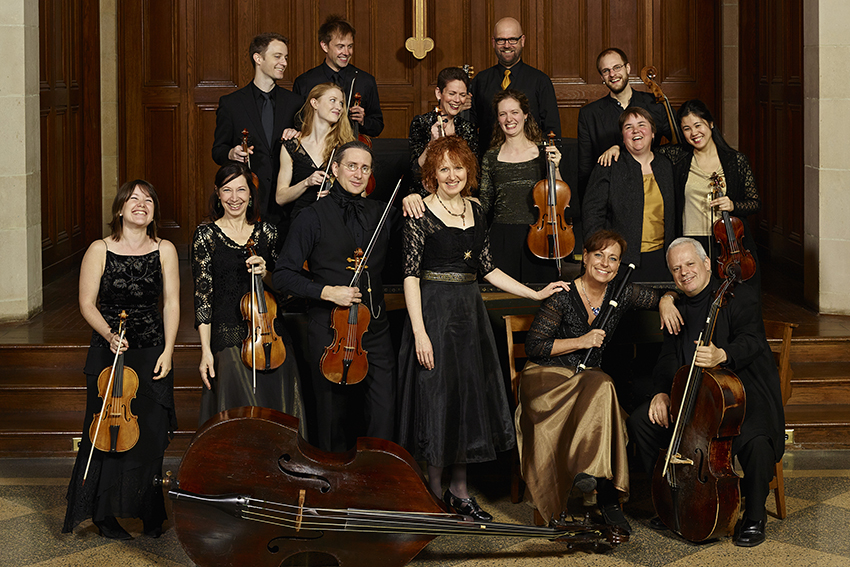 Bowling Green State University will warm up a cold winter’s evening with a stirring performance by Apollo’s Fire. The highly regarded baroque orchestra from Cleveland will present “A Night in Bach’s Coffeehouse” as the 2019 Dorothy E. and DuWayne H. Hansen Musical Arts Series artists in residence at the College of Musical Arts.

The free public performance will begin at 8 p.m. Feb. 6 in Kobacker Hall in the Moore Musical Arts Center.

Inspired by the lively coffeehouse concerts led by J.S. Bach in 18th-century Leipzig, the program promises an evening of virtuosity, performing the music of Bach and his colleagues. Founded and directed by harpsichordist Jeannette Sorrell, Apollo’s Fire is dedicated to the baroque ideal that music should evoke the passions in listeners. Sorrell named the ensemble after the classical god of music and the sun, and its members share her commitment to communicating deeply with audiences through music.

The ensemble’s Carnegie Hall debut sold out, and its American and European tour appearances have been critically acclaimed, selling out at Tanglewood, in Madrid and the BBS Proms in London. Its subscription series in Cleveland is noted for creative programming, and eight of its more than 25 CDs have become best sellers on the classical Billboard chart.

“I've followed Apollo's Fire since their beginning, about a year after I came to BGSU,” said Dr. Mary Natvig, a professor of musicology, composition and theory who specializes in early music. “I have many of their CDs and have heard them in concert several times. It's unbelievable that a baroque orchestra of this renown is so close to us. And absolutely wonderful that they are finally coming to BGSU. Our students and the community as a whole will be blown away by them."

In addition to their public performance, Apollo’s Fire members will work with BGSU musical arts students and conduct master classes during their Feb. 5-7 stay at BGSU. The public is invited to open rehearsals at 2:15 and 6:30 p.m. Feb. 5 in Kobacker Hall.

View a complete schedule of their residency

The Hansens established the series fund in 1996 to bring to the campus and the Bowling Green community significant representatives of the musical arts to share their talents with undergraduate and graduate students in the College of Musical Arts and with residents of the community. Dorothy Hansen is an alumna of the College of Musical Arts, while DuWayne Hansen is a former chair of the Department of Music Education.