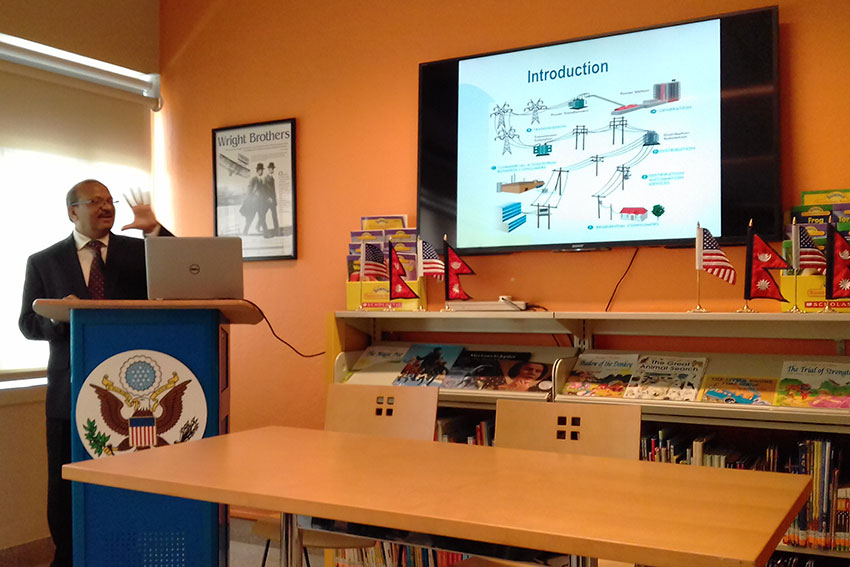 Dr. Sri Kolla spent an intensive four months teaching and researching as a Fulbright-Nehru Scholar, traveling from the far south of India to the heights of Nepal.

“With everyone’s support at my host institution, the Indian Institute of Science (IISc) in Bangalore, India, and at my home institution Bowling Green State University, I was able to accomplish many things during this semester-long visit,” said Kolla, a professor of electronics and computer engineering technology.

His fellowship grant, “Smart Grid: Artificial Intelligence Techniques in Electric Energy Systems Operation and Control,” included teaching a full-semester graduate course on Selected Topics in Integrated Power Systems, in Bangalore and organizing and co-teaching a short-term course, Topics in Control, Operation and Protection of Power Systems, which was attended by about 20 faculty members from a number of Indian engineering colleges.

Kolla is a sought-after presenter and speaker for his expertise in the application of artificial intelligence to smart electrical grids, an increasingly important topic as the need for dependable and reliable energy expands. During his fellowship, he gave guest lectures at two Indian Institute of Technology (IIT) campuses, four other universities and colleges in India and at two universities in Nepal.

For Kolla, having the opportunity to visit colleges in small towns in addition to working at the highly prestigious Indian Institute of Science was one of the most valuable aspects of the experience.

“When the faculty at an engineering college in a small town called Vizianagaram came to know that I was visiting IISc as a Fulbright-Nehru scholar, they approached me to deliver a lecture in a workshop,” he said. “It is most fulfilling for me to visit a college in a small town in addition to reputed IITs and share my knowledge in the contemporary areas for the benefit of their students and faculty.”

He also interacted with researchers at government labs and industries in and India and Nepal on developing systems that properly control and protect the electrical power network. With additional funding from a South Central Asia travel grant, he met in Kathmandu, Nepal, with representatives from power industries, the Nepal Electricity Authority, Fulbright alumni, U.S. Embassy representatives and Nepal Fulbright Commission representatives on Smart Grid at Innovationhub@AmericanSpaces, located in the Federation of Nepalese Chambers of Commerce and Industries Office.

Some of his activities were covered by local media in both countries.

In addition to teaching, advising and giving guest lectures, Kolla continued his research into the application of artificial intelligence techniques to smart electric grid control and protection, with a focus on the application of machine learning and cyber physical system techniques. He will continue his collaborations with IISc colleagues, which he developed during his first Fulbright-Nehru Scholar stay at the institute, in 2008-09.