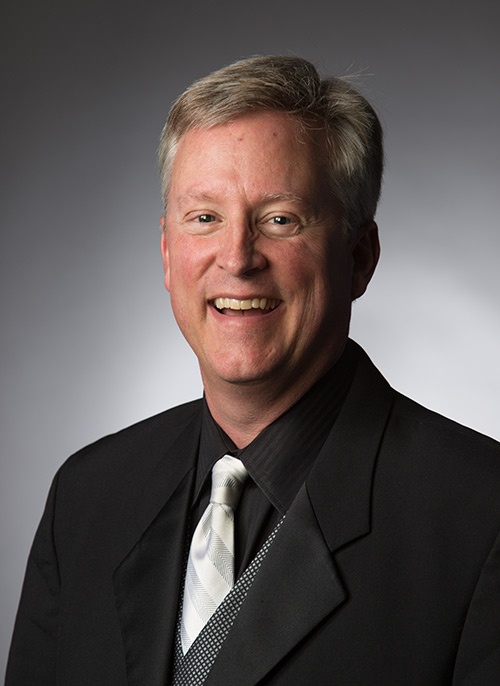 Renowned Bach expert and premier lyric tenor Dr. Christopher M. Cock will share his knowledge and love of the composer with students in the College of Musical Arts and local audiences March 13-15 as the 2017 Helen McMaster Endowed Professor in Vocal and Choral Studies. Cock holds the Phyllis and Richard Duesenberg Chair in Lutheran Music at Valparaiso University and is director of its Bach Institute.

During his residency, he will give a public lecture and work with the BGSU Collegiate Chorale, voice and conducting students and the Early Music Ensemble as they prepare to perform Bach’s “St. John Passion” in April during the Easter season. All residency events and activities are free and open to the public.

Cock will discuss his life’s work in a public presentation titled "J.S. Bach and the St. John Passion: A Lifelong Pursuit" at 10:30 a.m. March 14 in 1040 Moore Musical Arts Center.

In addition, audiences may hear the ensembles in performance, beginning with the Early Music Ensemble with soloists at 8 p.m. tonight (March 13) in the First United Methodist Church, 1526 E. Wooster St. in Bowling Green.

On March 15, he will again lead the Early Music Ensemble with soloists, at 8 p.m. in the First United Methodist Church.

His visit will also include a voice master class and work with undergraduate choral conducting students.

Through his activities as a choral music educator and distinguished solo artist, Cock has forged a unique career path combining the roles of conductor and performer. He frequently takes his focus on outstanding repertoire, vocal technique and polished musicality to high school ensembles throughout the country. He has also conducted All-State Choirs in Minnesota, Georgia and Ohio and the Collegiate Honor Choir in Pennsylvania. He has appeared at Carnegie Hall as guest conductor of the New England Symphonic Ensemble.

In 2004, he founded the Bach Institute at Valparaiso University. The institute performs the major works of Bach triennially and, in the years since its formation, has devoted scholarship and performances to studying Bach’s professional years prior to his appointment in Leipzig (1723). Cock’s leadership of the Valparaiso University Chorale has led to numerous recordings and extensive concert tours in the United States and Europe. The chorale has served four performance residencies at the St. Thomas Church in Leipzig, making it the only American choir to enjoy such a strong relationship with the church of J.S. Bach.

As a solo artist, Cock’s extensive range and communicative performances have established his prominence as a lyric tenor. Appearances as a Bach Evangelist take him to concert venues throughout the United States. He appeared as Evangelist in the “St. Matthew Passion” with The Los Angeles Philharmonic. The Los Angeles Times praised his performance for its “illuminating freshness.” He frequently appeared as a soloist with Robert Shaw and the Robert Shaw Festival Singers. His performances with the Festival Singers can be heard on recordings released by Telarc International. He has sung the role of the Evangelist in both Bach Passions with the Mormon Tabernacle Choir and is tenor soloist on their recording of hymns. In 2002 he made his solo debut at Carnegie Hall and appearances with the Bach Choir of Berlin. He returned to Carnegie Hall for performances of Messiah with the Masterwork Chorus and Orchestra in 2008.

Helen and the late Harold McMaster established the Helen McMaster Endowed Professorship in Vocal and Choral Studies in spring 2000. Helen McMaster, a longtime Perrysburg resident, has supported the arts at BGSU for many years. In 1992 she served as honorary chair of Bowling Green’s Campaign of the Arts.