In today’s Digital Age, a growing number of people are using social media to seek information, cultivate an online identity, and interact with people in their social networks. The Pew Research Center (2015) reported that 65% of adults in the US use social media, and 90% of young adults (ages 18 to 29 years) are active members of social networking sites. Globally, Facebook (2016) boasts 1.18 billion daily active members on its site, and people use Twitter (2016) to exchange approximately 303 million tweets each day.

Following the rise of social media, there has been a marked increase in the practice of cyberbullying, trolling, and online hate speech in computer-mediated contexts. Time Magazine (2016), USA Today (2016), and other media sites have noted a rise in racist and bigoted speech on social networking sites. The proliferation of prejudiced communication in computer-mediated contexts is problematic, because it attacks the identities and well-being of people and threatens the sanctity of communities built on the principles of diversity, inclusion, and social justice. 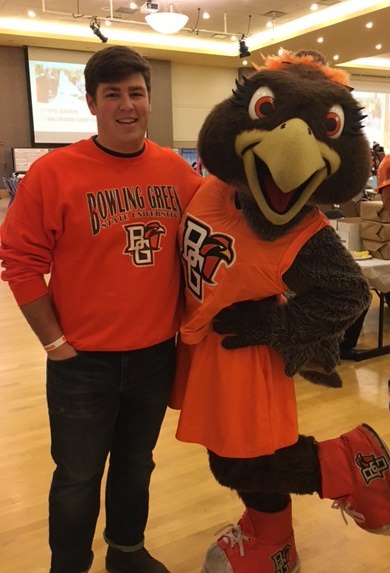 Social media activism represents one way for individuals, small groups, and communities to advocate against the rising tide of online hate speech and discrimination. From #BlackLivesMatter and #NotYourAsianSideKick to more local initiatives like #BG4Unity and Not In Our Town, people have used social media to demonstrate their resolve against bigotry and to organize community-based events.

While social media activism has the potential to raise the public’s awareness of the need for diversity and motivate people to take a stand against discrimination, unfortunately, people may lack the knowledge, skills, and motivation to effectively advocate online against hate.

Recognizing this important problem, Drew Ashby-King, a BGSU Honors student who is majoring in communication studies, aimed to empower students and community members with the skills and knowledge needed to serve as agents of change in a growing movement of anti-hate social media activism. Along with his faculty advisors, Dr. Lisa Hanasono of the Department of Communications, and Dr. Krishna Han, from the Office of Multicultural Affairs, Ashby-King wanted to help individuals to learn how to harness the power of social media more effectively to promote diversity and inclusion in our community.

Guided by the dual-process theory of message production (Hanasono, et al., 2016), Ashby-King hypothesized that individuals would need to have a sufficient understanding of diversity-related issues, social media efficacy, and motivation to develop persuasive anti-hate messages on social networking sites.  Ultimately, Ashby-King’s Honors Project utilized the dual-process theory of message production to develop and empirically test the effectiveness of an anti-hate social media activism workshop. Utilizing a quasi-experimental social scientific research design, Ashby-King recruited 198 college students (ages 18-50 years, M = 21.04, SD = 3.02) to participate in his study. Approximately half of the sample completed Ashby-King’s anti-hate social media activism workshop, and the other half served as the study’s control group.

The study’s results provided empirical support for the effectiveness of Ashby-King’s theory-based workshop. Students who completed the training demonstrated a significantly higher appreciation for diversity and inclusion than the control group, t(177) = 2.91, p = .004. Moreover, students who participated in the workshop demonstrated stronger anti-social media activism skills and were able to craft more persuasive messages than those who were not exposed to the training, t (58), 7.16, p < .001. 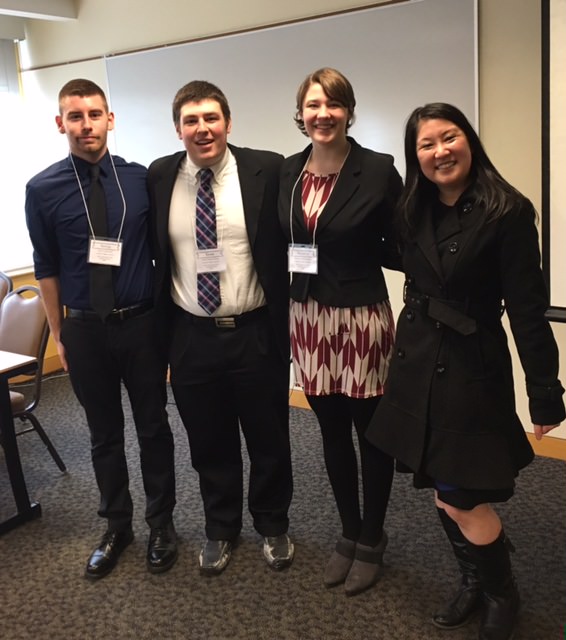 Ashby-King has presented research related to this project at the BGSU Graduate Communication Association’s 5th Annual Conference, the inaugural Undergraduate Symposium on Diversity at BGSU, and the 2016 Undergraduate Symposium for Research and Scholarship. He was also the recipient of the 2016 Mayeux Award for his Honors Project. Hanasono and Ashby-King have also developed a coauthored manuscript on the development of social media activism skills and submitted it to a peer-reviewed journal for publication.

Ashby-King shared that what has been truly impactful for him throughout his Honors College experience are the mentoring relationships he developed with Hanasono and other faculty members. He believes that these relationships are what have truly extended his learning beyond the classroom. Mentors like Hanasono helped him apply what he was learning in the classroom to out of the classroom experiences like his Honors Project, helping him continue to develop research and critical thinking skills beyond the core Honors College curriculum.

What has been most meaningful is the support Hanasono has given him beyond his academic work at BGSU. Her support in pursuing graduate school, extracurricular activities, awards, and scholarships has been an integral part of his success while at BGSU and the relationship developed will last long after he graduates. This spring, Ashby-King plans to graduate with honors from BGSU and pursue a Master’s degree in Higher Education and Student Affairs.