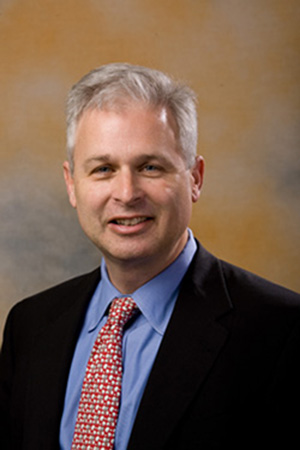 “Tom is a tremendous fundraiser and has a track record of campus wide collaboration,” said BGSU President Carol Cartwright. “We were impressed with his ability to set far-reaching goals and devise the strategies for attaining them. He has the skills to build support to fund the evolution of BGSU. We’re pleased to have him join us.”

Hiles has had a wide range of responsibilities and successes in his 20-plus years in development and advancement. At WKU, he secured one of the largest gifts ever for a public university in Kentucky. Leading a staff of 55 in development, alumni relations and the WKU Foundation, he oversaw the growth of Western Kentucky’s endowment from $24 million to $105 million and an increase in cash donations from $3.5 million to $17.5 million. Hiles also leads WKU's dynamic alumni program that features more than 35 alumni chapters nationwide.

Hiles’ experience in university advancement includes corporate relations, annual giving and alumni relations. Before becoming vice president for institutional advancement at WKU, where he has served since 1998, he was vice president for development and alumni relations, and executive director of both the university’s foundation and its real estate foundation.

Earlier in his career, Hiles spent three years at Rice University, where he was director of campaigns and of development for strategy and prospect management. Before that he was with the University of Maryland at College Park, raising funds for the College of Behavioral and Social Sciences' first two endowed chairs, including the Anwar Sadat Chair for Population, Development and Peace. His first university position was at DePaul University in Chicago, where he earned a master’s degree in education administration.

Hiles said he is looking forward to joining BGSU. “I’m impressed by BGSU's reputation and its bold strategic plan, which is the framework for seeking private support," he said. "I look forward to working with President Cartwright, the campus community, and the advancement team to strengthen and broaden the support of BGSU's alumni and friends. My family and I are excited about our move and the opportunities at BGSU."

Hiles has been recognized numerous times by the Council for the Advancement and Support of Education, including the CASE Circle of Excellence Silver Award for Campaigns in 2008. He is a frequent presenter and faculty member at CASE conferences.

Hiles is married to Sara Shipley Hiles and has three sons, Scott, Ryan and Alex.  Sara is an accomplished journalist who is currently teaching at WKU's Journalism School.

He currently serves on the board of directors of Greenview Hospital and is a former board member of Hospice of Southern Kentucky.