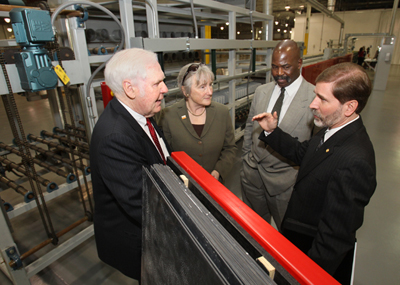 The issue, on the May 4 ballot, is designed to provide support for advanced technology in northwest Ohio through the renewal of the Third Frontier initiative.