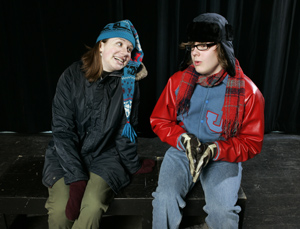 Performances will be given Feb. 25-28 in the Joe E. Brown Theatre, located in University Hall on the BGSU campus. Evening performances Thursday through Saturday will begin at 8 p.m.; weekend matinees will begin at 2 p.m.

In this comedy by John Cariani, all is not exactly as it seems when the residents of the remote, mythical town of Almost, Me., find themselves falling in and out of love in ways both unexpected and hilarious. The annual Newcomers production features a cast of exclusively first-year and transfer students from across campus.

Single tickets are $12 for students and adults, $6 for children under 12, and $5 for senior citizens age 65 and older. Group rates are available.  Contact the BGSU box office at 419-372-2719 for more information or to purchase tickets.