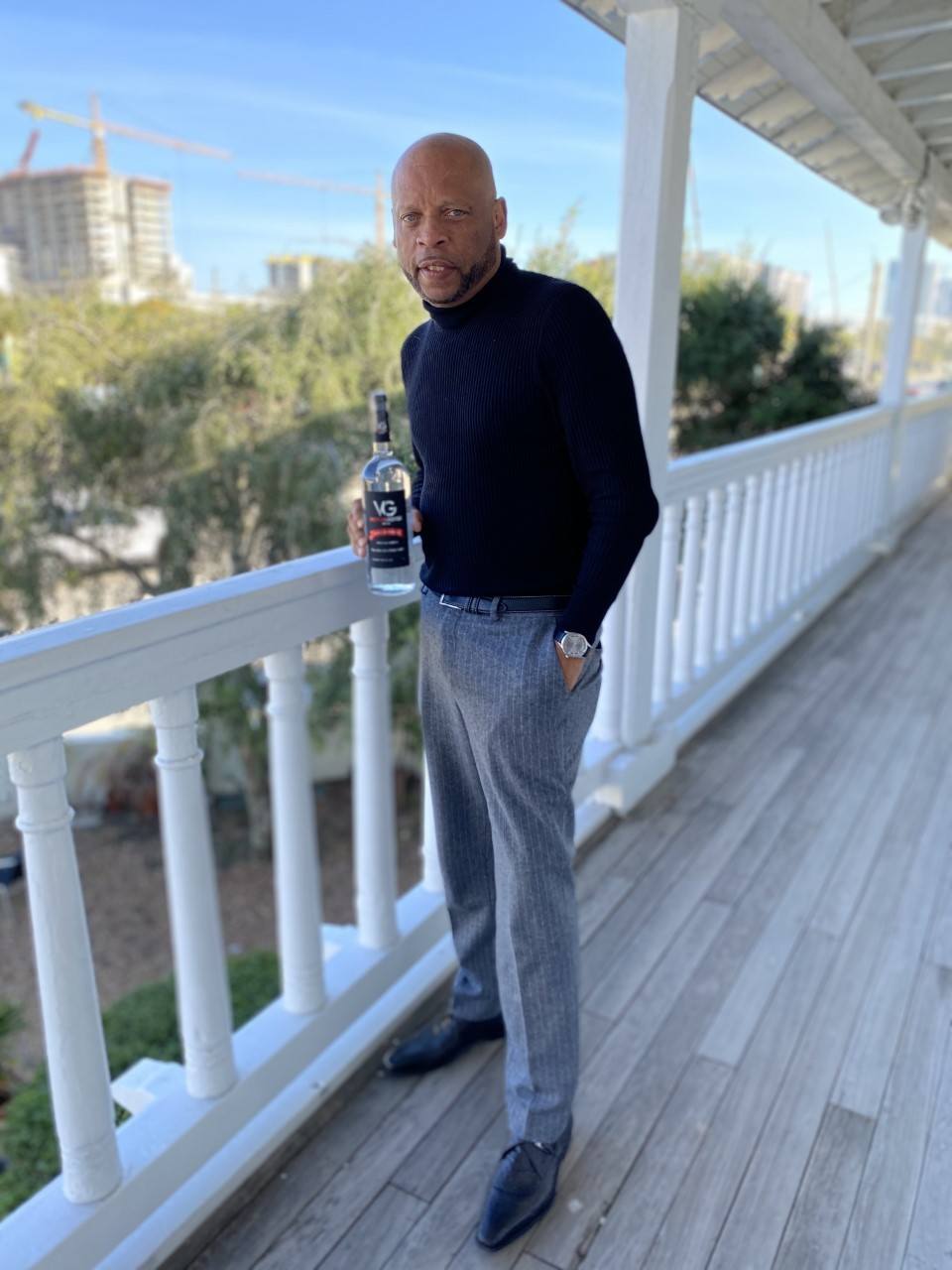 Victor Harvey ’90, who majored in business, is founder, CEO of Victor George Spirits

Victor Harvey ’90 had plenty of team spirit when he was a member of the Falcon men’s basketball team. Now, he sells spirits.

Harvey, founder and CEO of Victor George Spirits based in South Florida, launched his award-winning VG Vodka in his home state of Ohio on Feb. 3 to coincide with Black History Month.

VG, which is distributed in Ohio by Heidelberg Distributing and carried at major retailers such as Kroger, Giant Eagle and several other retail outlets, also is distributed throughout the United States, including Florida, Georgia, Nevada, New York, New Jersey, Michigan and Illinois.

"We are extremely excited about our recent growth and going into a state that I am from and remain deeply rooted. I was born there, went to college there and still have family and many close friends throughout the state," said Harvey, who majored in business at Bowling Green State University. "Ohio has given us the opportunity to expand our brand during a historic month and at a time when everyone can use a little hope."

Harvey had a vision of being an entrepreneur in 1987 while attending BGSU. He was the founding member of the Bowling Green chapter of the Association of Collegiate Entrepreneurs (ACE) and worked with Dr. Gene Poor.

“Our program at the time was one of about 25 chapters across the country,” he said. “The original chapter was founded by Michael Dell (chairman and CEO of Dell Technologies).”

Harvey always wanted to play basketball professionally, but it was his economics professor that helped him set his sights on going into business for himself.

“Obviously, Allen W. and Carol M. Schmidthorst College of Business is very strong, but the biggest takeaway for me was advice given to me by Dr. James Ostas,” Harvey said. “He told me because I was playing basketball that he had been at BGSU for 28 years and very few guys had made it to the NBA and that I should focus on business.

“I never forgot that. It really was one of my biggest takeaways ever to focus on being a businessman — even the professional teams are owned by business people. When I started to have that mindset, I started to get my stuff together and this is what I'm going to do.”

Harvey learned many life lessons on the basketball court as well.

“The determination and hard work that you have to put in,” Harvey said. “It's something that a lot of people don't have to do, to have that kind of dedication and want something so bad that you're willing to do what's required and then go over and above to be successful. To me, that's the most important thing. Another takeaway from my playing days was, ‘success is when opportunity meets preparation.’ You always have to be ready, which means you have to be perfecting your craft so that when — and if — you get that opportunity, you're prepared.”

Later this year, Harvey plans to build a 13,000-square foot facility, housing a 4,500-square foot distillery on historic Sistrunk Boulevard in Fort Lauderdale along with a cigar bar, a wine bar, a lounge and a restaurant.

“We are planning for a whiskey and a bourbon that will be coming out in April, followed by a tequila later on in the year,” he said. “We are in the process of building a portfolio of multiple brands in multiple sectors so that we can accommodate this growing wave of diverse brands. That's our long-term plan, to be able to do that and continue to expand across the country as well as internationally.”

VG was introduced in 2019 and quickly became one of South Florida's most requested and popular vodka brands offered by more than 150 accounts. Victor George Spirits is a nationally certified Minority Business Enterprise.