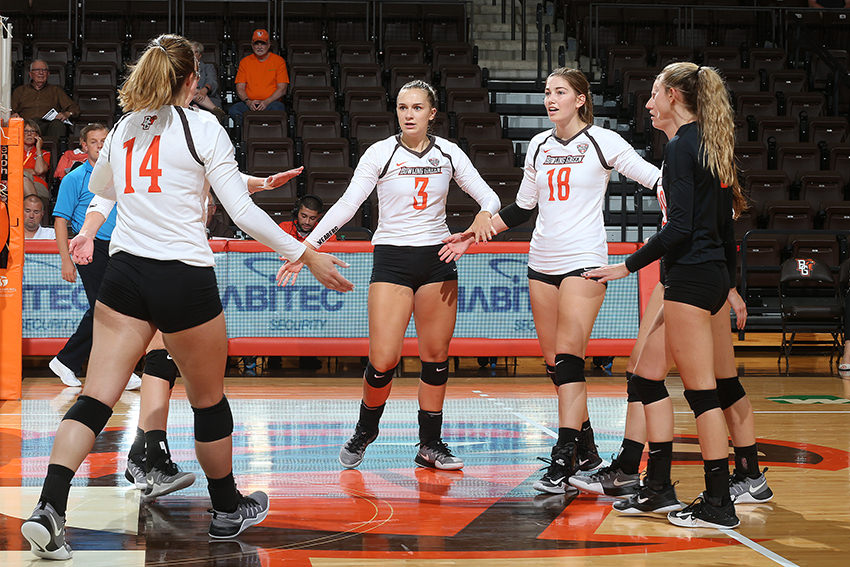 After earning a Mid-American Conference regular-season record of 13-3, the Bowling Green State University volleyball program was awarded the No. 2 seed in the MAC Tournament.

The Falcons gained a double-bye to the semifinals at 7 p.m. Saturday, Nov. 18, when they will face either Ball State University, Western Michigan University or Central Michigan University. BGSU, 20-26 all-time in the MAC Tournament, is currently on a three-match win streak.

The Falcons earned its first MAC regular-season championship since 1992 and fourth in program history on Saturday when they sealed a record of 13-3 in league play. In this year's MAC Tournament, the Falcons seek their third tournament title in program history, and first since 2012.

Junior libero Kallie Seimet set two BGSU volleyball records this year, and is on par to set two more in the postseason. Seimet set the record for most MAC Player of the Week awards by a player in a season with seven, as well as the most digs in a match with 45 in the MAC opener at Miami. She currently has 725 digs this season, and needs just two more to set the record for most digs in a season. Seimet currently is first in program history with a 6.78 digs per set average and will break the record if she averages 6.67 or above.

Seimet was named MAC Player of the Year on Wednesday, Nov. 15.

Senior Nicole Slimko, who currently has 996 career kills, and is on par to break the 1,000-kill mark in this weekend's tournament.