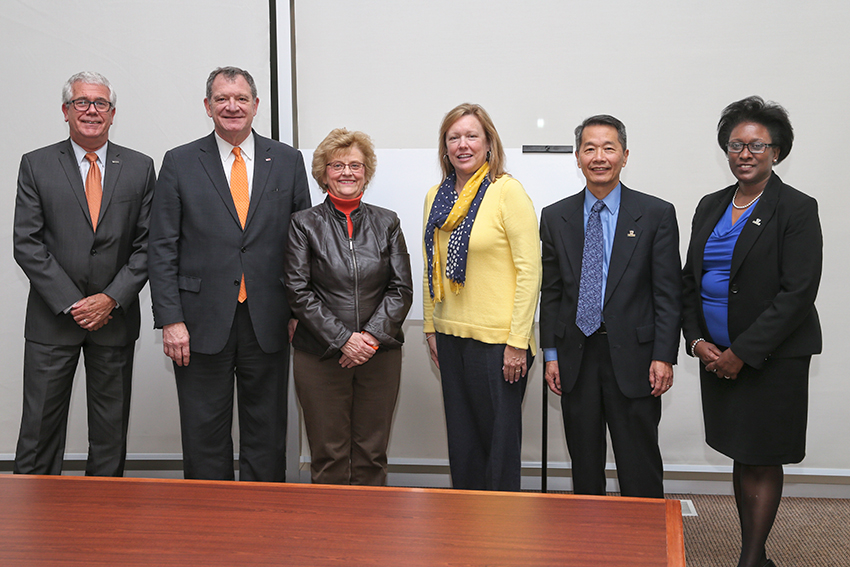 Bowling Green State University and The University of Toledo have announced a collaboration in foreign language education that will expand opportunities for students at both universities, while saving resources by reducing duplicative academic programs.

The programs are among those identified by the Ohio Department of Higher Education in response to the Governor’s Task Force on Affordability and Efficiency’s recommendation that universities in the same region offering duplicative programs look for opportunities to collaborate.

“We are pleased to enter into this partnership with The University of Toledo, which will provide exceptional educational experiences for both BGSU and UT students,” Mazey said. “As one of BGSU’s core values, we welcome opportunities to collaborate. This agreement combines the strengths of both universities, resulting in efficiencies that support students’ degree completion.”

“This foreign language partnership builds on the existing culture of collaboration between UT and BGSU to better serve our students and the community in the most efficient ways possible,” Gaber said. “By sharing resources, we will be able to provide our students access to more foreign language education opportunities to better prepare them for success in the global marketplace.”

The universities are already collaborating at the course level. This fall, UT students have been taking an online BGSU Italian course, and in the spring, BGSU students will be able to take a UT Arabic course. Sharing course offerings in French and German also is planned to begin as early as spring 2018. Opportunities for collaboration in additional languages will be explored by a joint task force under the direction of the two college offices.

The universities have worked to ensure the process is as seamless as possible for students.

BGSU recently merged its romance and classical languages department with the German, Russian and East Asian languages department to better prepare undergraduate students to be engaged global citizens. The new Department of World Languages and Cultures promotes linguistic and cultural competence as a bridge to achieve intercultural understanding of global issues ideas and values.

UT also is in the process of renaming its foreign languages program as the Department of World Languages and Culture to better reflect the curriculum that also includes culture and literature instruction to prepare students to thrive in the global world we live in.