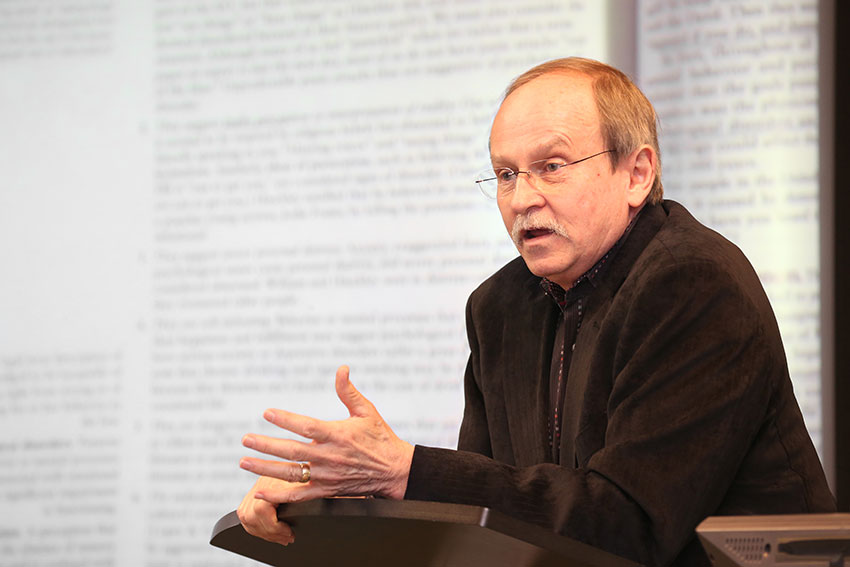 Dr. Christopher Mruk, professor of psychology at BGSU Firelands College, was granted the status of fellow by the American Psychological Association (APA) this summer in its Humanistic Psychology division.

Fellows are nominated by peers in the organization and must pass review by the APA Fellows Committee. Fellow status is an “honor bestowed upon APA members who have shown evidence of unusual and outstanding contributions or performance in the field of psychology and requires that a person's work has had a national impact on the field of psychology beyond a local, state or regional level.”

“Dr. Mruk’s contributions to the college and the professional community are considerable and this nomination is validation of his efforts,” said Firelands Dean Andrew Kurtz. “He is an outstanding example of the quality of educators we have at BGSU Firelands.”

During his tenure with Firelands, Mruk has contributed more than 20 articles to professional journals, eight chapters in academic publications and published three books, one of which is in its fourth edition. His most recent book is “Feeling Good by Doing Good: A Guide to Authentic Self-Esteem and Well-Being,” and will be published by Oxford University Press. The book aims at “translating” research-based scholarly concepts from the fields of self-esteem and positive psychology into language that is more useful for mental health clinicians, their clients and the general public.

He has also provided clinical continuing education programs in the areas of self-esteem and positive psychology to universities and professional bodies in psychology, social work and counseling in Ohio, Michigan and Pennsylvania.

Before joining the BGSU faculty, Mruk worked as a clinical psychologist in mental health centers and directed the counseling center at St. Francis University in Pennsylvania. He is currently a consulting psychologist for the Firelands Regional Medical Center in Sandusky.

Mruk has taught at BGSU for 35 years and received the Professorship of Teaching Excellence award in 2016. He teaches undergraduate classes at BGSU Firelands and graduate classes for BGSU’s Department of Psychology.