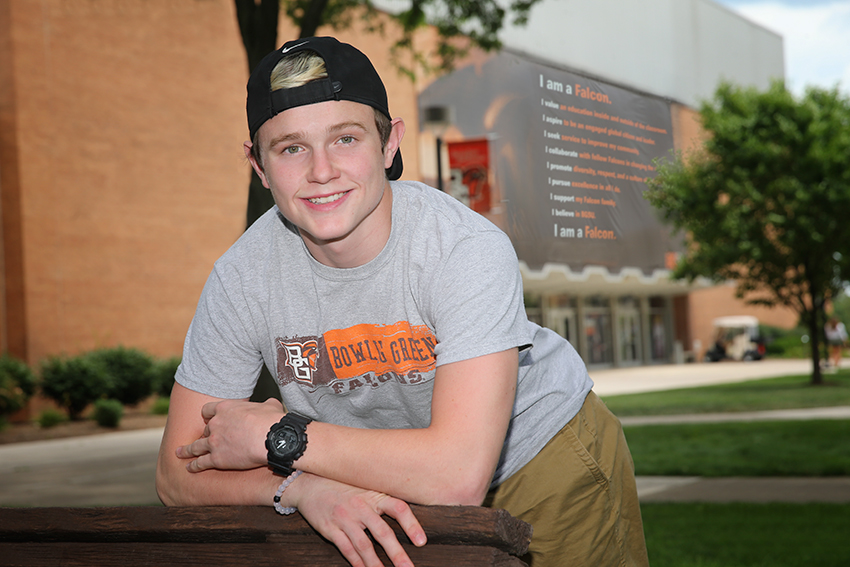 Like a lot of students, Cory Baird enjoyed playing sports in high school. That experience often can have a major influence on a young person’s life.

For Baird, who played soccer and wrestled in high school, it was two knee surgeries and the bouts of physical therapy that followed each injury that affected his plans for college.

He plans to major in exercise science at Bowling Green State University in the College of Education and Human Development’s School of Human Movement, Sport & Leisure Studies.

Baird, who achieved a 4.08 grade point average in high school, is a member of the Sidney A. Ribeau President's Leadership Academy (PLA), a four-year leadership development program that engages scholars in classes, workshops, experiential learning and community service activities. The curriculum focuses on specific outcomes, with each year's experience building on those of the previous year.

Baird wants to experience life outside of his hometown, but at the same time enjoy a high-quality education — making BGSU an easy choice in his mind.

“I wanted to get away from home a little bit and have a new experience and make connections with people I haven’t met before,” he said. “I think both of those things played a big factor in my decision to attend BGSU.”

Baird has visited the University three times, including SOAR (Student Orientation Advising and Registration), and was impressed with the campus.

“It’s not too big,” he said. “I was worried it would be overwhelming and big, but it’s not. You can walk end to end in a short amount of time. All the buildings seem newer, and it just seems like a good atmosphere.”