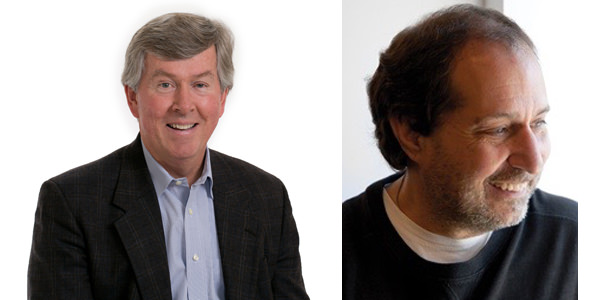 The College of Arts and Sciences is hosting two lectures this month featuring alumni whose talks will address the theme of this year’s BGSU Common Read book, “A More Beautiful Question,” by Warren Berger.

David Kennedy, who has had a distinguished career within the media industry, will present “The Technology Bridge Between Radio and Health Care: Questions and Innovations” at 2:30 p.m. on March 23 in the Bowen-Thompson Student Union Theater (Room 206). His talk will address how a simple question to extend radio listenership to mobile devices led to much more. The process resulted in an increased awareness that the same technology could be used to advance health care practices including new capabilities, greater precision and improved outcomes.

A reception will follow the lecture in the lobby of the theater.

Kennedy is co-founder and managing director of Aspire Ventures, a venture capital firm that invests its Adaptive Artificial Intelligence platform technology and cash for impact investments that leverage the “Internet of Things.” During his career, he was CEO for Susquehanna Media Co., one of the major radio, cable and internet companies in the United States at the time. He earned a master's degree in radio-TV-film in 1976 and a Ph.D. in communication in 1981.

Valicenti, founder and design director of Thirst, a communication design practice in Chicago, will present “(maybe) This Time: Practice with the Intent to Get Things Right” at 4:30 p.m. March 27 in the Thomas B. and Kathleen M. Donnell Theatre at the Wolfe Center for the Arts. A reception will follow in the lobby of the Wolfe Center after the lecture.

His work has been exhibited at the Museum of Modern Art, and some resides in the permanent collections of the Yale and Columbia University libraries, Denver Art Museum and the Art Institute of Chicago. Valicenti has earned numerous distinctions including The White House award of the Smithsonian Cooper-Hewitt, National Design Award for Communication Design in 2011. He also was recently awarded the Medici Circle’s Il Magnifico Award for outstanding service to the BGSU School of Art. He earned a Bachelor of Fine Arts Degree from BGSU in 1973, has taught design as a visiting artist at programs across four continents and is the 2016-2017 Artist in Residency at Loyola University in Chicago.

Both lectures are free and open to the public. Guests with disabilities are requested to indicate if they need special services, assistance or appropriate modifications to fully participate in this event by contacting Accessibility Services, access@bgsu.edu, 419-372-8495, prior to the event.