Life of activism got its start on campus 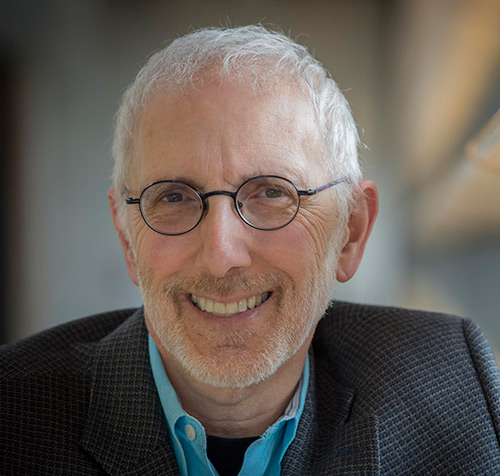 Activism was in the air when Nick Licata attended BGSU. The Vietnam War, the assassinations of Robert F. Kennedy and Martin Luther King, Jr., and civil rights were just part of the recipe in a cauldron filled with hot button issues.

Motivated to take a strong position on these matters, some students left the library and walked into the fray of political involvement. Licata was at the front of that line.

“At the time, most of the folks on campus were just interested in getting a decent job when we graduated, so the focus wasn’t on what it was like to be a citizen in a democracy,” the Cleveland native said. “We were being taught how to be good employees, but it seemed like democracy was something that should be practiced and if you didn’t practice it as a student, you probably wouldn’t practice it as an adult.”

So Licata questioned the educational environment he was immersed in, and asked why students did not have more input or more control over it. He came across a document from the Students for a Democratic Society (SDS), an activist movement of the 1960s that advocated organizing and protesting so students would become more influential participants in our democracy. Licata helped form an SDS chapter at Bowling Green and a professor agreed to be its sponsor.

“I became political when I realized that things were not as I expected,” Licata said. “Our organization was not made up of ideologues, we just wanted more power and more control over our lives. We were opposed to the war in Vietnam and in favor of civil rights, but all of a sudden we were accused of being communists.”

But Licata did not put himself on an island, surrounded only by rigid beliefs and principles that would not afford him the ability to connect with opposing viewpoints. He was elected the BGSU student body president.

“I learned how to communicate with folks who had very different beliefs than me, and to find some sort of bridge between us,” the 1969 political science graduate said. “We talked about students having more power over the most basic things, such as dorm rules. We focused on those things, and made the point that if you don’t have control over your life now while you’re in college, you probably never will.”

“I learned how to communicate with folks who had very different beliefs than me, and to find some sort of bridge between us,” the 1969 political science graduate said. “We talked about students having more power over the most basic things, such as dorm rules. We focused on those things, and made the point that if you don’t have control over your life now while you’re in college, you probably never will.”

Licata credits the late Dr. Joseph R. Perry Jr. from the BGSU sociology department for being a strong supporter of student involvement and providing guidance during turbulent times. He also cited the late Dr. Bill Reichert from political science for stepping forward to serve as the faculty advisor for the SDS group, and the late Dr. Stanley Coffman, then Vice President for Academic Affairs and Dean of Faculties, who supported Licata’s political activism.

“We also had support from the upper level administration, and that made a difference,” Licata said. “I think they were just happy to see us engaged.”

Licata continued his activism during post-graduate studies at the University of Washington, and after earning a Master’s in sociology in 1974 he worked as an insurance counselor and broker in the Seattle area. His political involvement became more formal in 1998 when he was first elected to the Seattle City Council, despite the fact his opponent was much better financed and had the endorsement of both Seattle newspapers, and the mayor.

Licata’s tenure on the city council was long and storied, with terms as the body’s president and as chairman of its committees that oversee the budget, parks, the arts, the police and fire departments, civil rights and neighborhoods.

He helped lead the effort to pass paid sick leave and the $15 an hour minimum wage, as well as the legalization of marijuana. In his last race in 2013, Licata set the record for the most votes received citywide in a contested race for a Seattle city councilor post. He retired from city government at the end of 2015 after 18 years in public office.

“After having been in student government, I already had the frame of mind that the system is going to exist, whether you like it or not, so you might as well participate and push as far as you can for the causes you support,” Licata said about his long service on the council. “Anytime is a good time to be involved in politics, and there are ups and downs to deal with all of the time. But I never intended on making a career of politics -- I assumed I would be in there for one term, and then maybe get run out.”

That was hardly the case as Licata was called on to testify before Congress on three occasions, served as a board member of the Washington State ACLU, was president of the Evergreen Land Trust that sought to preserve rural and urban properties providing affordable housing, and was also a regular commentator on political and civil issues with the local National Public Radio outlet.

Since leaving the city council, his fervor for activism and social justice has not waned, and Licata has recently released a book that focuses on that cause entitled “Becoming a Citizen Activist”. He has toured the country promoting the book.

“My primary mission right now is to work with both citizens and elected officials to recognize that no matter what happens after November, it’s critical that we maintain an activist space at the local level,” he said, “because we’ve shown at the local level we can accomplish things, and we can continue to accomplish things no matter who is president.”

He hopes his primer will take the next generation of citizens to become activists through a step-by-step method that leads to significant and lasting accomplishments.

“There is a whole political process and strategy involved in getting things done,” Licata said. “To succeed you have to understand what you are working with, and how to leverage the systems.”