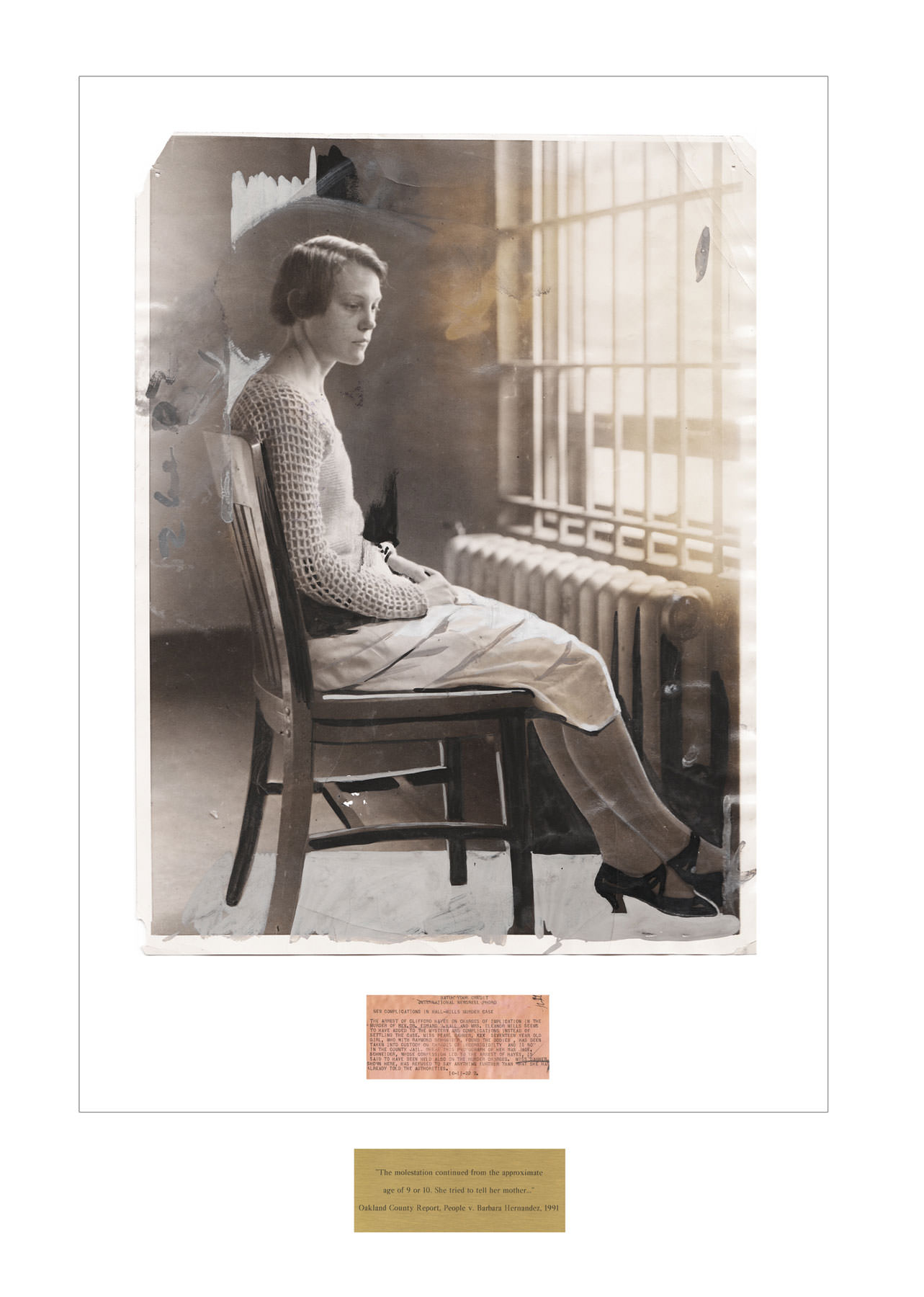 The BGSU Art Galleries is presenting the exhibition “Criminal Justice?” from Oct. 29-Nov. 20 in the Willard Wankelman Gallery at the Fine Arts Center. Curated by BGSU Galleries Director Jacqueline Nathan, the exhibition will feature two activist artists, Carol Jacobsen and Andrea Bowers, whose work investigates the attitudes and biases embedded in the U.S. justice system.

The show will open at 5:30 p.m. on Friday, Oct. 28, with a gallery talk by Jacobsen, an award-winning social documentary artist whose works in video and photography address issues of women’s criminalization and censorship. Her talk will be followed by an opening reception with light refreshments. The exhibition and reception are free and open to the public.

Jacobsen’s art has been exhibited and screened at venues worldwide, including New York’s Lincoln Center, the Walker Art Center in Minneapolis, Centre de Cultural Contemporanea in Barcelona, the Kunstforum in Bonn, the Brussels International Film Festival, Rome’s Temple Gallery, the Photography Biennial of Wanganui, New Zealand, Human Rights Watch of Beijing, and by many grassroots organizations.

A Stamps School of Art and Design faculty member at the University of Michigan, Jacobsen was the 2005-06 Human Rights Fellow at the university.

Her work includes two video interviews with women imprisoned for killing their abusers, and digital photographs and images that depict imprisoned women victims, such as "Nightclub Girl in a Curfew Town," about one woman in the 1920s in Marionville Prison in Ohio.

Bowers’ video “#sweetjane” and drawings explore the 2012 Steubenville, Ohio, rape case and the citizens whose activism resulted in two rape convictions. The drawings reproduce the text messages sent among the teenage witnesses to the assault on an underage young woman. Bowers received her bachelor of fine arts from BGSU in 1987.

Taken together, the installations, images and videos provide discouraging evidence of the tolerance in this country toward sexual assault, as demonstrated by the sentences meted out to battered women who acted in self-defense but were convicted of murder and those of students convicted of rape.

In the U.S., one-third of female murder victims are killed by male partners, and women survive an estimated 4.8 million rapes and physical assaults each year at the hands of their husbands or boyfriends, according to the Michigan Women’s Justice and Clemency Project. Each year, the BGSU Silent Witness Unveiling reveals the deaths of girls and women in the region as a result of violence. In the majority of sexual assaults—97 percent of cases—the perpetrators never serve time in prison, an analysis of Justice Department data by the anti-sexual violence advocacy group RAINN concluded. Recent rape cases on campuses have foregrounded this disturbing scenario, as well as the gender disparities in prosecution and sentencing.

Gallery hours are 11 a.m. to 4 p.m. Tuesday through Saturday, 6-9 p.m. Thursdays and 1-4 p.m. Sundays. Showing concurrently in the Dorothy Uber Bryan Gallery at the BGSU Fine Arts Center is “The Deathworks of May Elizabeth Kramner,” a mysterious multimedia installation by The Poyais Group.

Show sponsors include the BGSU School of Art and The Ohio Arts Council.

For more information regarding the exhibition, visit the galleries website.