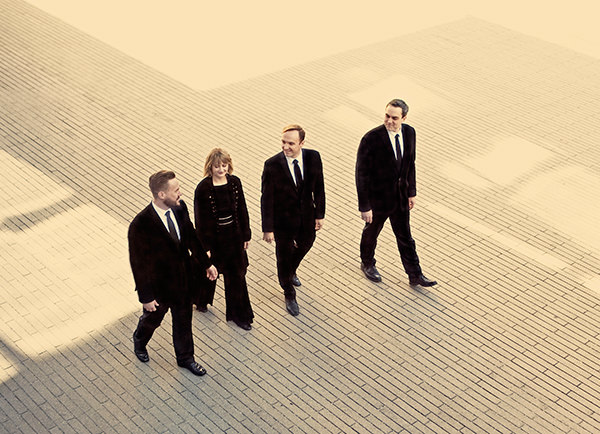 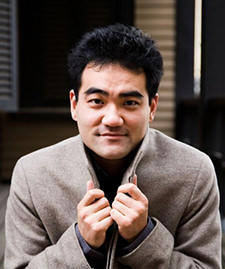 Award-winning composer Dai Fujikura and the highly regarded Spektral Quartet will be among the contemporary-music luminaries at the 37th annual New Music and Art Festival Oct. 19-22. The BGSU festival provides northwest Ohio audiences an opportunity to engage with international artists at the leading edge of new music and art.

Organized by BGSU’s MidAmerican Center for Contemporary Music, College of Musical Arts and Fine Arts Center Galleries, the four-day event will showcase works by more than 30 composers in eight concerts, along with panel discussions, composer talks and a groundbreaking multimedia exhibit. Most events are free.

Opening at 7 p.m. Oct. 19 in the Dorothy Uber Bryan Gallery at the Fine Arts Center, “The Deathworks of May Elizabeth Kramner” is a recreation by the Poyais Group of outsider artist Kranmer’s (1867-1977) private lifework, a tent version of the town where she lived, with each tent representing someone who had died. Discovered by a team of anthropologists after her death but then lost in a fire, the installation was remade by the Poyais Group (Jesse Ball, Thordis Bjornsdottir, Olivia Robinson and Jesse Stiles) based on notes by one of the original anthropologists. The exhibit will be on view through Nov. 21. Gallery hours are 11 a.m. to 4 p.m. Tuesday-Saturday, 6-9 p.m. Thursdays, and 1-4 p.m. Sundays. Free

Although Fujikura was born in Osaka, Japan, he has spent more than 20 years in the United Kingdom. His compositions have earned him awards in several countries, and he has received commissions from around the world. His pieces have been performed by leading orchestras and opera companies, and he has worked with conductors such as Gustavo Dudamel and Pierre Boulez.

In 2012 NMC released "Secret Forest," the first disc devoted exclusively to Fujikura’s music, and in 2013 Commmons, a Japanese record label, released "Mirrors," an album including four of his orchestral works. KAIROS has released "Ice," an album including his chamber and electronics music. Fujikura also runs his own record label, Minabel, which has released six of his portrait albums, two of which are collaboration with Sony Japan.

Fujikura has also collaborated in the experimental pop/jazz/improvisation world. A co-composition with Ryuichi Sakamoto was premiered in Hakuju Hall in Japan, collaborative works with David Sylvian are on Sylvian's "Died in the Wool" album, and Fujikura's co-compositions with Jan Bang and Sidsel Endresen are featured on Bang's album, released by Jazzland records.

Spektral Quartet actively pursues a vivid conversation between exhilarating works of the traditional canon and those written this decade, this year or this week. With its most recent album described by Gramophone as “highly interactive, creative and collaborative ... unlike anything its intended audience — or anyone else — has ever heard,” Spektral is known for creating seamless connections across centuries, drawing in the listener with charismatic deliveries, interactive concert formats, an up-close atmosphere and bold, inquisitive programming.

Released in 2016, “Serious Business” (Sono Luminus) is the foursome’s most ambitious recording project to date, and the quartet is doing a major tour of Beat Furrer’s epic, hour-length “String Quartet No. 3.” Both the album and the tour have garnered rave reviews in major international publications. “Serious Business” is an intrepid exploration of the many-sided face of humor in classical music, featuring vibrant premieres by stunning young composers Sky Macklay, David Reminick and Chris Fisher-Lochhead, paired with a centuries-old gut-buster, Haydn’s Quartet Op. 33 No. 2, “The Joke.” The The New York Times noted that the quartet’s multi-city tour of “String Quartet No. 3” and “Bagatellen,” a new work by Hans Thomalla, “proved that they [the quartet] have everything: a supreme technical command that seems to come easily, a capacity to make complicated music clear, and, most notably on this occasion, an ability to cast a magic spell.”