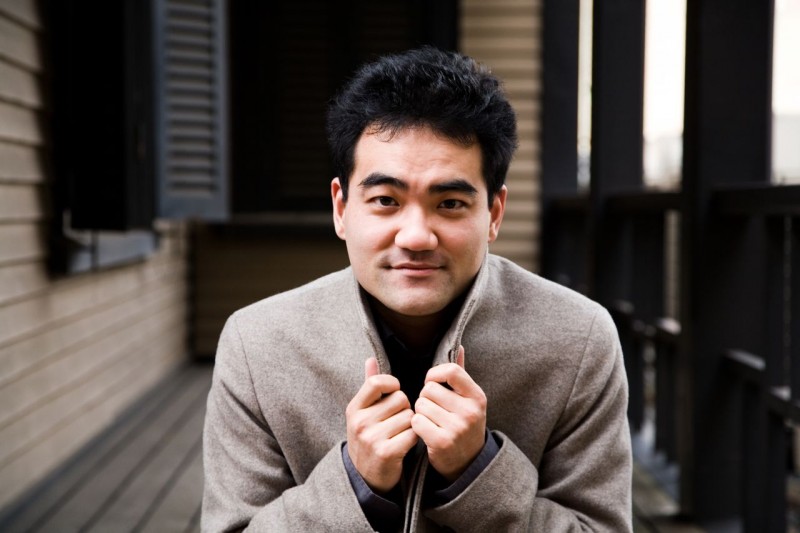 Organized by the MidAmerican Center for Contemporary Music (MACCM), the College of Musical Arts and the Fine Arts Center Galleries at BGSU, the festival supports the creation of new work and engages both the University and city communities in the process of music appreciation and awareness.

Most festival events are free and open to the public. For a complete schedule of events, click here or contact the MidAmerican Center for Contemporary Music at 419-372-2685.

Although Dai Fujikura was born in Osaka, he has now spent more than 20 years in the UK where he studied composition with Edwin Roxburgh, Daryl Runswick and George Benjamin. During the last decade he has been the recipient of numerous prizes, including Kazimierz Serocki International Composers’ Competition 1998 and a Royal Philharmonic Society Award in UK, Internationaler Wiener Composition Prize, the Paul Hindemith Prize in Austria and Germany respectively and both the OTAKA and Akutagawa awards in 2009.

A quick glance at his list of commissions and performances reveals he is fast becoming a truly international composer. His music is not only performed in the country of his birth or his adopted home, but is now performed in venues as geographically diverse as Caracas and Oslo, Venice and Schleswig-Holstein, Lucerne and Paris.

In his native Japan he has been accorded the special honor of a portrait concert in Suntory Hall in October 2012. In London where he chooses to live with his wife and family, he has now received two BBC Proms commissions, his Double Bass Concerto was recently premiered by the London Sinfonietta and in 2013 the BBC Symphony Orchestra gave the UK premiere of ‘Atom’ as part of the Total Immersion: Sounds from Japan.

The French music world too has taken him to its hearts with numerous commissions, culminating in his first opera – an artistic collaboration with Saburo Teshigawara, which will be co-produced by Theatre des Champs Elysées, Lausanne and Lille. In Germany the European premiere of ‘Tocar y Luchar,’ the world premiere of which was given in Venezuela by Gustavo Dudamel and the Simón Bolívar Youth Orchestra, was given at the Ultraschall Festival in Berlin. His next German commission is ‘Grasping’ for the Munich Chamber Orchestra which was premiered in Korea before being brought back to Munich. Switzerland has featured his music at the Lucerne Festival, Austria at the Salzburg Festival and Norway at the Punkt Festival and a commission in 2013 from the Oslo Sinfonietta.

Conductors with whom he has worked include Pierre Boulez, Peter Eötvös, Jonathan Nott, Gustavo Dudamel, the newly-appointed conductor of the Suisse Romande, Kazuki Yamada and Alexander Liebreich. His compositions are increasingly the product of international co-commissions. In 2012/13 the Seattle and Bamberg Symphony will each give continental premieres of ‘Mina’ for wind a percussion soloists and orchestra and the Asian premiere will be given by Nagoya Philharmonic Orchestra. In 2011/12 the Arditti Quartet performed ‘flare’ in collaborating venues in London, Edinburgh and Tokyo. His opera, which is based on Stanislaw Lem’s novel, Solaris, will be co-produced in both France and Switzerland.

In 2012 NMC released "secret forest", the first disc devoted exclusively to his music, and in 2013 Commmons released "Mirrors", an album including four of his orchestral works. KAIROS has released "ice" an album including his chamber and electronics music. He also runs his own record label Minabel. Minabel has released six of his portrait albums, two of which are collaboration with SONY Japan.

He has also collaborated in the experimental pop/jazz/improvisation world. A co-composition with Ryuichi Sakamoto was premiered in Hakuju Hall in Japan, collaborative works with David Sylvian are on Sylvian's "died in the wool" album and also Dai's co-compositions with Jan Bang and Sidsel Endresen feature on Jan Bang's album, released from Jazzland records.

Spektral Quartet actively pursues a vivid conversation between exhilarating works of the traditional canon and those written this decade, this year, or this week. With its most recent album described by Gramophone as “highly-interactive, creative and collaborative...unlike anything its intended audience—or anyone else—has ever heard,” Spektral is known for creating seamless connections across centuries, drawing in the listener with charismatic deliveries, interactive concert formats, an up-close atmosphere, and bold, inquisitive programming.

2016 saw the release of Serious Business (Sono Luminus), the foursome’s most ambitious recording project to date, and a major tour of Beat Furrer’s epic, hour-length “String Quartet No. 3”, both of which garnered rave reviews in major international publications. “A delirious new record,” (Alex Ross), Serious Business is an intrepid exploration of the many-sided face of humor in classical music, featuring vibrant premieres by stunning young composers Sky Macklay, David Reminick, and Chris Fisher-Lochhead, paired with a centuries-old gut-buster, Haydn’s Quartet Op.33 No. 2, “The Joke.” The quartet’s multi-city tour of Beat Furrer’s “String Quartet No. 3” and Bagatellen, a new work by Hans Thomalla, “proved that they [the quartet] have everything: a supreme technical command that seems to come easily, a capacity to make complicated music clear, and, most notably on this occasion, an ability to cast a magic spell…” (The New York Times).

At home both in and out of the concert hall, Spektral Quartet enthusiastically seeks out vehicles to bring classical music into the sphere of everyday life, prioritizing immersion and inclusivity through close-proximity seating and intimate, unconventional venues. Major upcoming projects in the quartet’s native city include the Chicago premiere of Morton Feldman’s notorious six-hour String Quartet No. 2 at the Museum of Contemporary Art, multiple appearances at the inaugural Ear Taxi Festival, a youth-oriented interactive tour of Chicago in partnership with the Chicago Parks District, the recording of new works by composer Anthony Cheung, and a major new initiative on Chicago’s South Side in collaboration with multidisciplinary artist Theaster Gates. The 2016–17 season will also see dynamic new programs pairing works of Ravel, Beethoven, and Mendelssohn with the voices of emerging composers, and new works by George Lewis, Augusta Read Thomas, Samuel Adams, and Tomeka Reid.

The ensemble is regarded for forward-thinking endeavors such as Mobile Miniatures, which rallied more than forty composers from across the nation, including David Lang, Augusta Read Thomas, Nico Muhly and Shulamit Ran, to write ringtone-length pieces available for download to mobile devices. As ardent advocates for new music in their home city, the group recorded its debut album, Chambers (Parlour Tapes+), in 2013, featuring works by dynamic, Chicago-based composers. Other discography includes a recording with Third Coast Percussion of Selene, an octet by Augusta Read Thomas for the album Of Being Is a Bird (Nimbus Records); and From This Point Forward (Azica Records), an exploration of nuevo tango and Latin jazz with bandoneon virtuoso Julien Labro. It is central to Spektral Quartet’s mission to cultivate a love of, and curiosity for, unfamiliar sonic territory and exceptional works of the past among the next generation of string players. Currently ensemble in-residence at the University of Chicago, the quartet has also participated in residencies at the New World Symphony, Stanford University, Northwestern University, University of Wisconsin— Milwaukee, and the Walden School, among others.

10:30am, Conrad Choral Room, Wolfe Center for the Arts
Panel Discussion to be announced

*Concert programs and composers are subject to change. Please visit our website for complete, up-to-date schedule.

The Dorothy Uber Bryan Gallery is located in the School of Art building, south of the Wolfe Center and east of the Library.

The Conrad Choral Room is located in the Wolfe Center for the Arts.

The Clazel Theatre is located at 127 N. Main St. in downtown Bowling Green.

Most events are free and open to the public.

Tickets for the final Saturday concert can be purchased here.

Online tickets will be available up to midnight the night before the concert. To purchase tickets in person or by phone, please call 419-372-8171 or visit the Arts Box Office, located in the Wolfe Center for the Arts, Monday-Friday, noon-5 p.m. The College of Musical Arts Box Office will be open two hours prior to the performance. 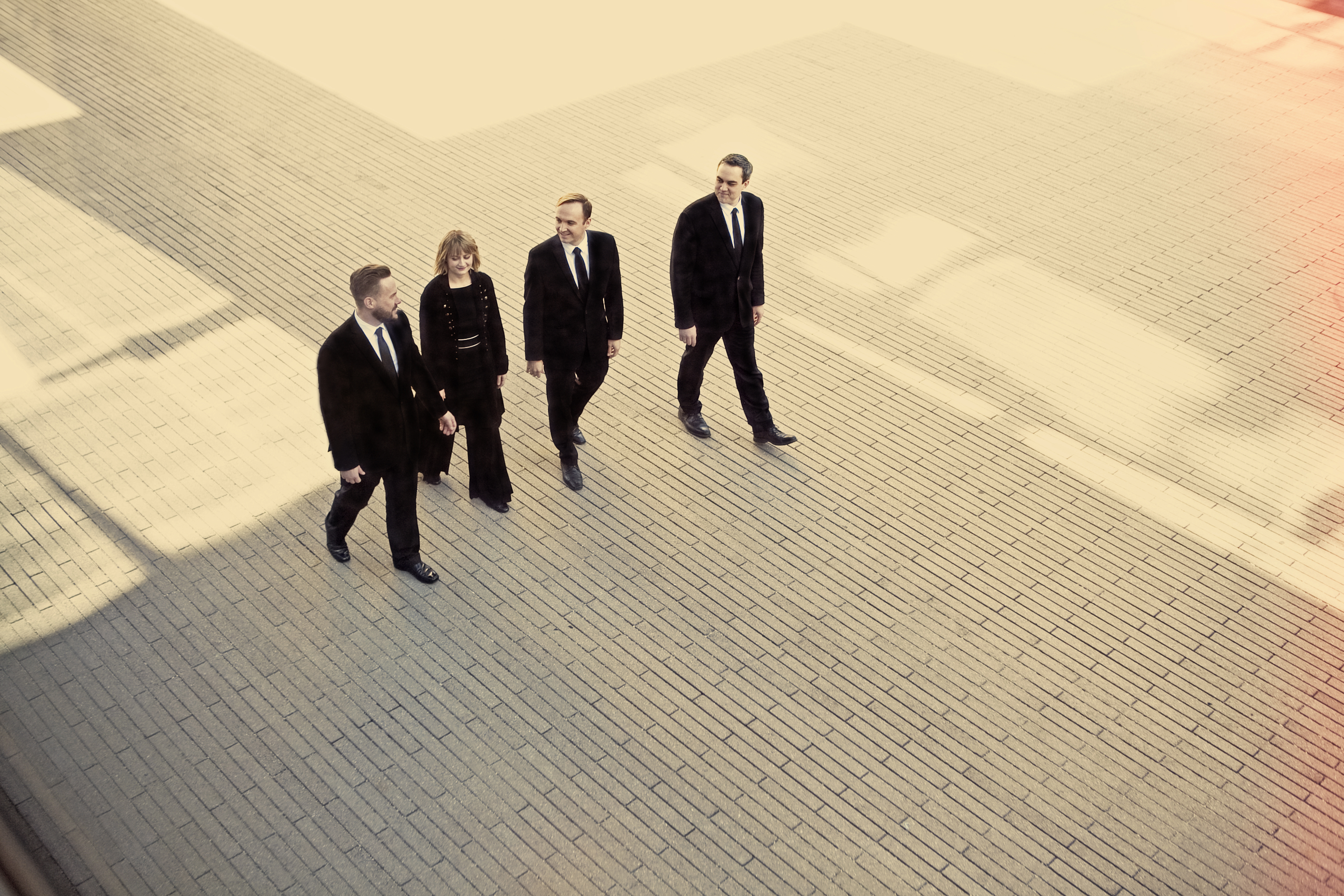