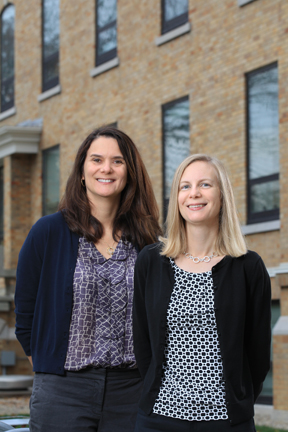 BOWLING GREEN, O.—New research from the National Center for Family and Marriage Research (NCFMR) at Bowling Green State University shows there is  substantial variation in the first-time divorce rate when it is broken down by race and education. But, there is also evidence that a college degree has a protective effect against divorce among all races.

The data for the family profile, “First Divorce Rate, 2010” were gathered by the U.S. Census Bureau in 2010. At that time, the rate of first divorce in the U.S. was 17.5 per 1,000 women 18 years old and older in a first marriage. According to the research, recent declines in the probability of divorce largely reflect an increase in marital stability among the more educated.

Among women in a first marriage, the rate of first divorce is highest for those who received some education after high school, but have not earned a bachelor’s degree — 23 per 1,000. The association between education and divorce is also curvilinear. The least (no high school diploma or GED) and the highest (college degree) educated women share the lowest rate of first divorce, with 14.4 and 14.2 per 1,000, respectively.

Once education was factored in, the NCFMR found, with the exception of Asians, the highest rate of first divorce was among women with some college, regardless of race or ethnicity.

“Contrary to the notion that women with a college degree face the lowest chances of divorce, those without a high school degree actually have similar low odds of divorce,” explained Dr. Susan Brown, NCFMR co-director. “The relationship between education and divorce is not straightforward.”

However, according to co-director Dr. Wendy Manning, these patterns are consistent with patterns they are finding in other national data sources.

“Among white women, there were few differences according to education, but those with a college degree experienced lower divorce rates than any other education group,” Manning said. “These findings showcase that the association between education and divorce differs for racial and ethnic groups, and it is important to consider this variation.”

This project was supported by a grant from the U.S. Department of Health and Human Services and the Office of the Assistant Secretary for Planning and Evaluation. For additional details about the study, click here.

The NCFMR is the only federally supported family and marriage research center in the nation. It is a university-based, multidisciplinary, nonpartisan center whose mission is to conduct policy-relevant research on American families with the goal of improving our understanding of how families affect the health and well-being of children, adults, and communities; train and mentor the next generation of family researchers, and disseminate research findings to broad, national audiences, including policymakers and practitioners.