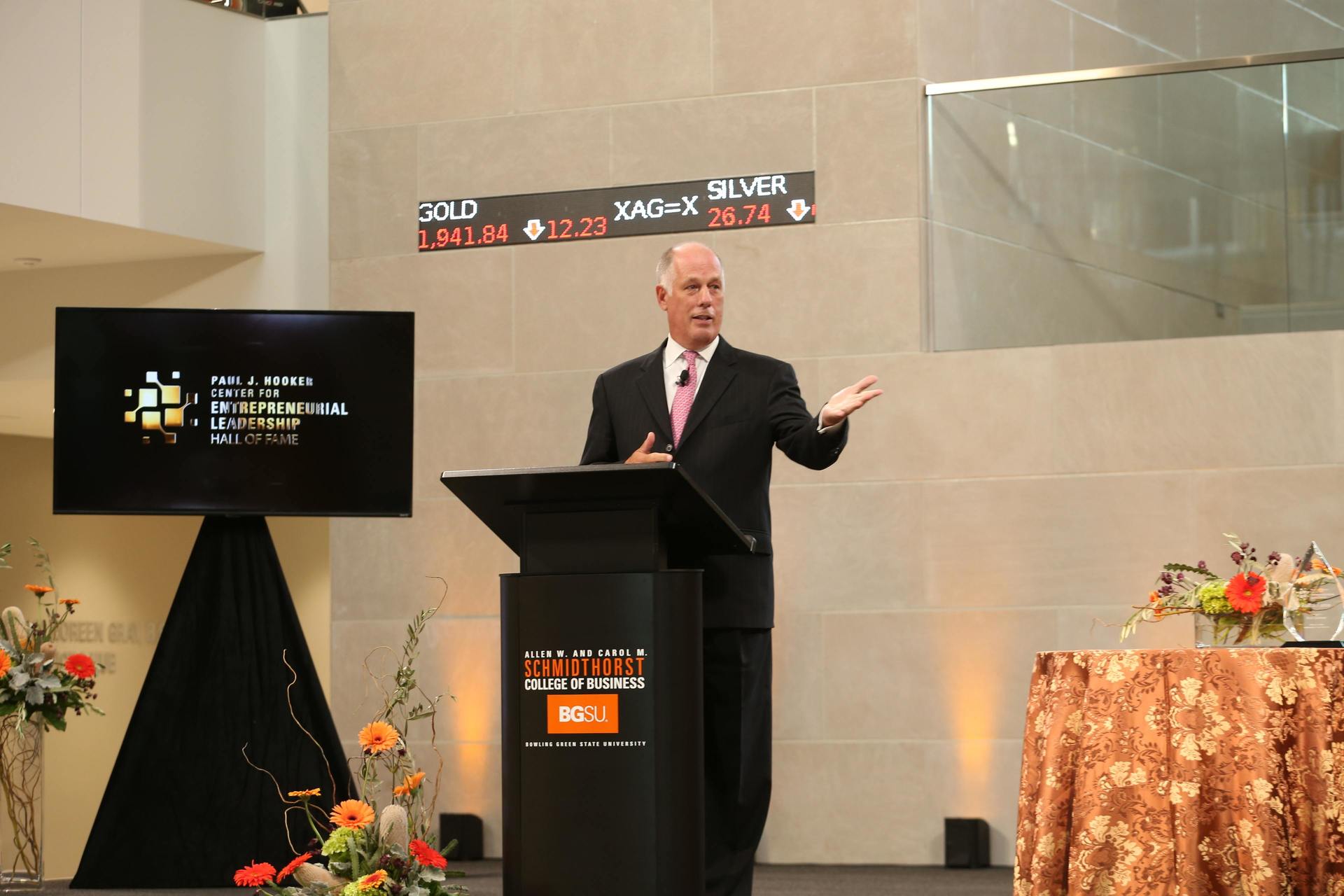 Brad Seaman earned a bachelor’s degree from the Schmidthorst College of Business in 1982 and was very engaged at BGSU as a member of SICSIC, president of Theta Chi Fraternity, treasurer of the Interfraternity Council and a member of the leadership team of the Senior Challenge.

"It connected me to this place in a way that still exists today and still matters to me today," he said. "My Bowling Green Story is very typical. I loved it from the day I got here."

Seaman went on to earn a Master of Business Administration degree from the University of Dallas and spent the first two years of his career as a sales representative with Owens Corning followed by six years with GE Plastics, where he held several roles in marketing and product management. In 1990, he joined GE Capital and was part of a team that started GE Capital’s business unit focused on the emerging private equity industry. Seaman ultimately led the deal origination teams in GE’s New York and Chicago offices.

In 1999, he joined Tricor Pacific Capital, a newly formed private equity firm. Tricor Pacific Capital, since re-branded as Parallel49 Equity, has raised five private equity funds with total capital raised of over $1 billion. Parallel49 has invested in the acquisition of 26 platform companies and 42 add-on acquisitions in the specialty manufacturing and business services industries in the United States and Canada. The firm has successfully taken four of its portfolio companies public. He serves as the chairman of the board of directors of CPI Card Group (NASDAQ: PMTS) and has previously served as chairman of seven other Parallel49 portfolio companies.

"I was fortunate to get a few lucky breaks along the way and make the most of those lucky breaks," he said. "It's been a blast."