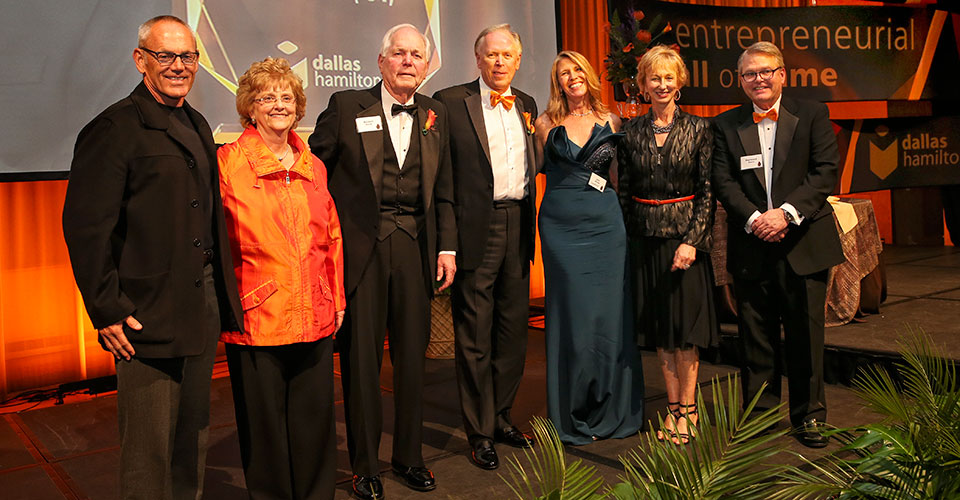 In a formal black-tie ceremony, four world-class innovators were honored on April 10 for their successful achievements - Earle Malm ’71, Valerie Newell ’75, Lori Steele-Contorer ’86, and Kermit Stroh ’02 (Hon.).  These alumni were inducted into the Dallas-Hamilton Entrepreneurial Hall of Fame, joining 30 other entrepreneurs who have already been honored.

Those in attendance included some of the former inductees, including Bill Dallas ’77, who, along with Olympic figure skater Scott Hamilton, provided the seed money to launch the Dallas-Hamilton Center for Entrepreneurship at BGSU.

To learn more about the four inductees, click here.