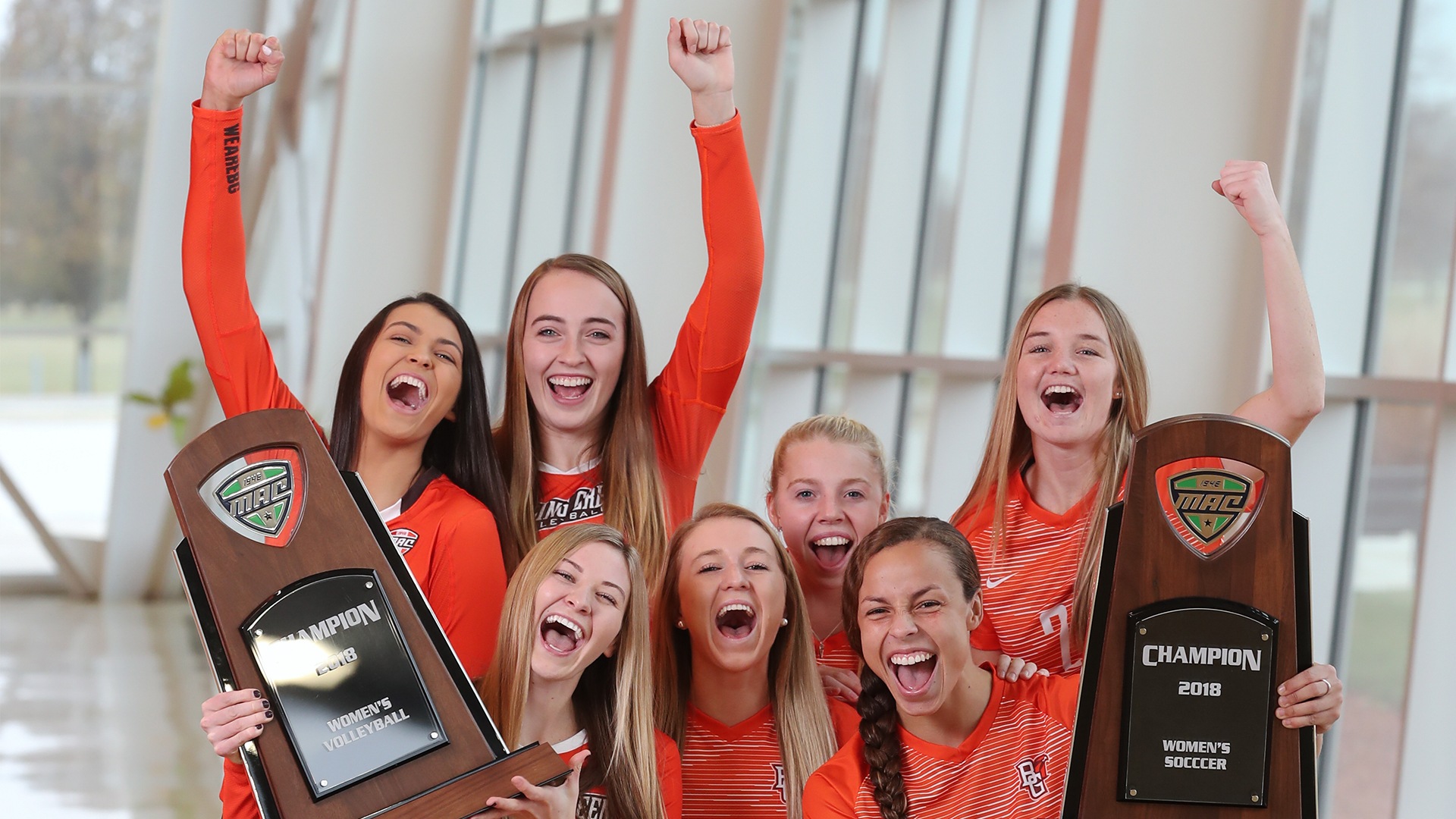 placed a dozen Falcons on the soccer Academic All-MAC Team, setting a school record and tying the league record for the most players from one team to receive such accolades 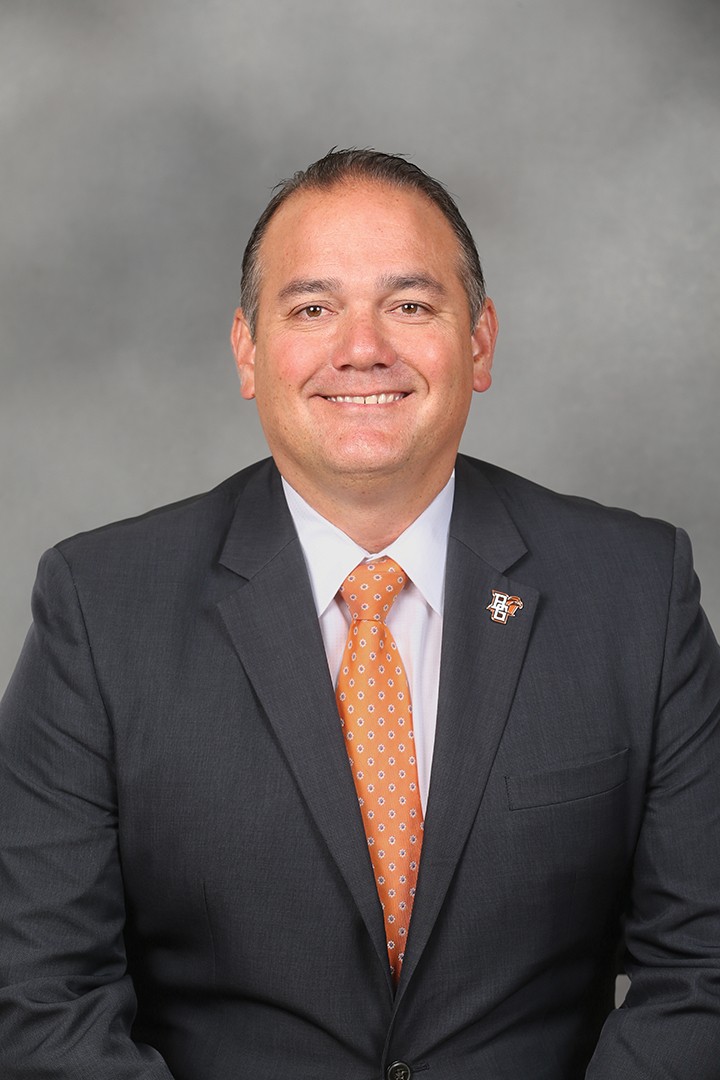 Roll Along, you B-G Warriors!

Roll Along and Fight for B-G-S-U!

Those words to Ay Ziggy Zoomba are on display daily in each one of our student-athletes. There is a determination, a fight, a grit about BGSU student-athletes that make me so proud to be the Director of Athletics.

Examples of this from the past fall:

I look forward to winter sports! Be sure to come back to campus to cheer on our teams. I would love for you to see first-hand the great student-athletes representing BGSU. They will make you proud!

Nearly 75 years ago, Gilbert Fox, an original SICSIC member, World War II veteran and musicologist wrote "Ay Ziggy Zoomba" and introduced the tune to Bowling Green. In 2013, the BGSU Undergraduate Student Government passed a resolution formally supporting the promotion of “Ay Ziggy Zoomba” to the status of an official fight song of the University. 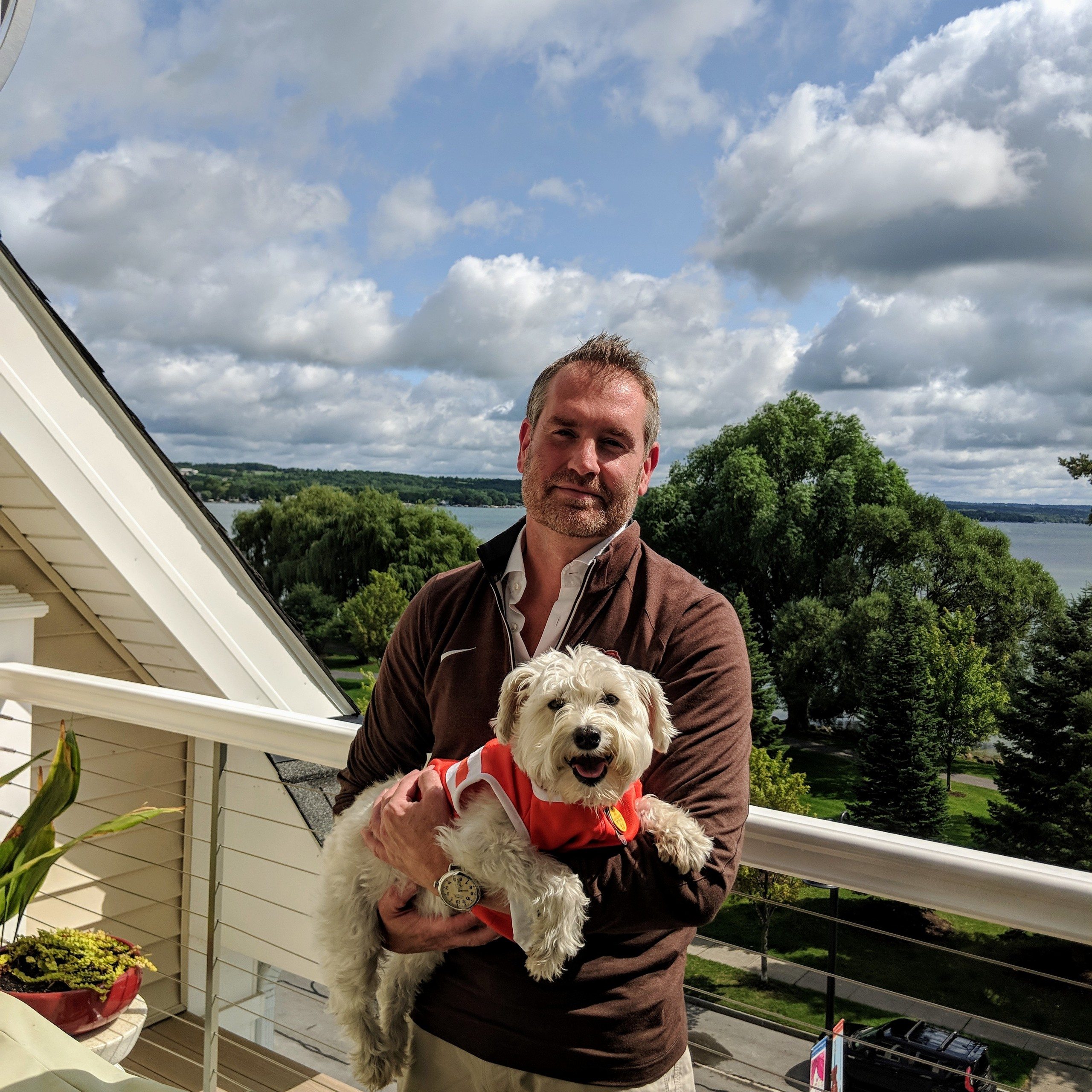 Jon Caraccilo describes why he gives in one word, pride. For the accomplishments of all students both in the classroom and on the athletic fields, he is exceedingly proud of BGSU and his ability to maintain a close relationship with his alma mater since walking campus as a student 25 years ago. 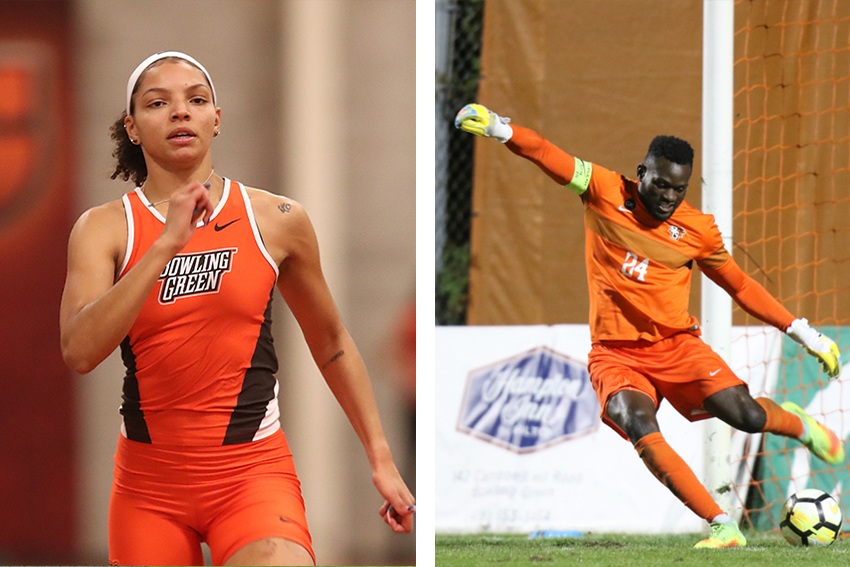 Chasatea Brown and Anthony Mwembia share their scholarship experiences for Track and Field and Men’s Soccer. 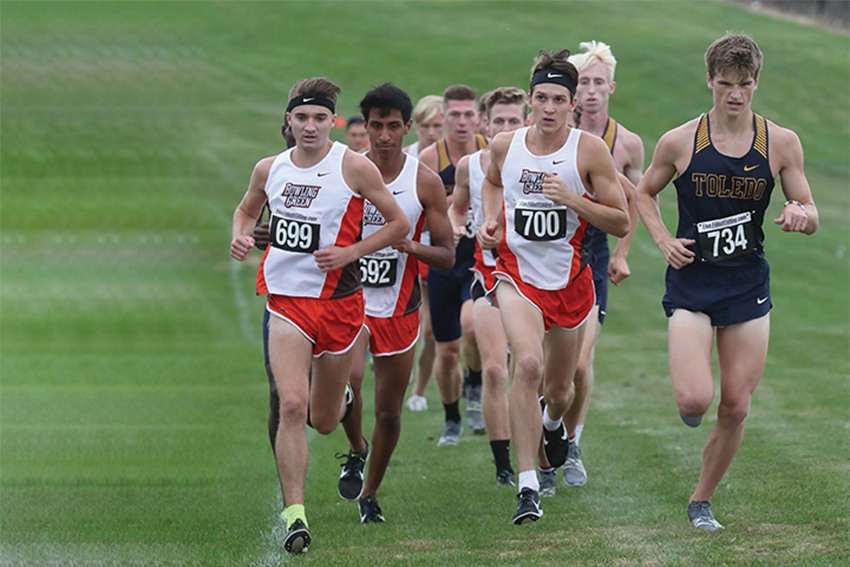 In a sport where steady, incremental improvement is the most reliable measuring stick, you have to like the pace the Falcon Men’s Cross Country team has set in recent years. 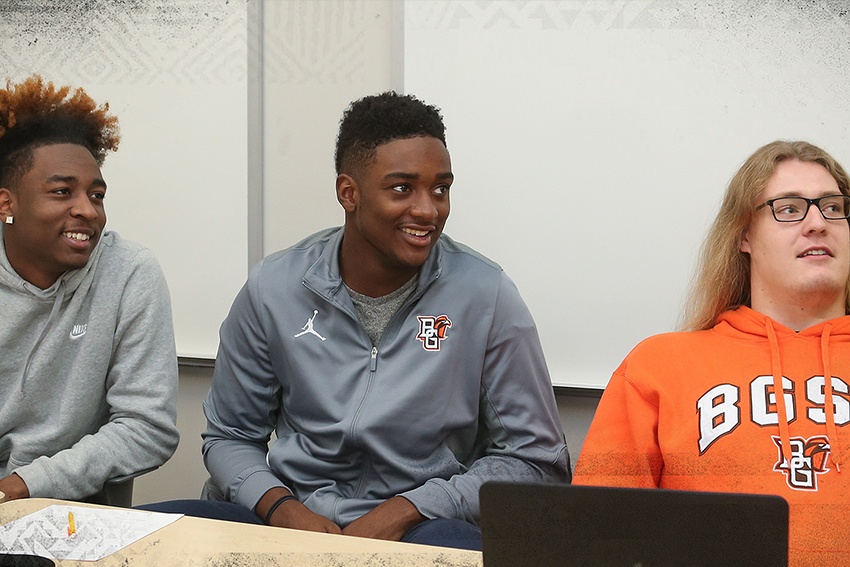 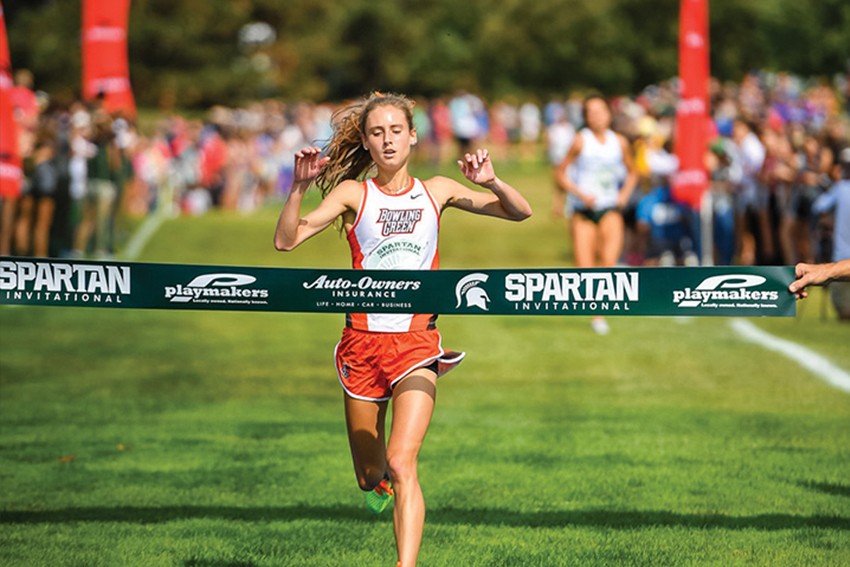 Falcon Athletics and our more than 400 student-athletes represent the best of BGSU, both athletically and academically. 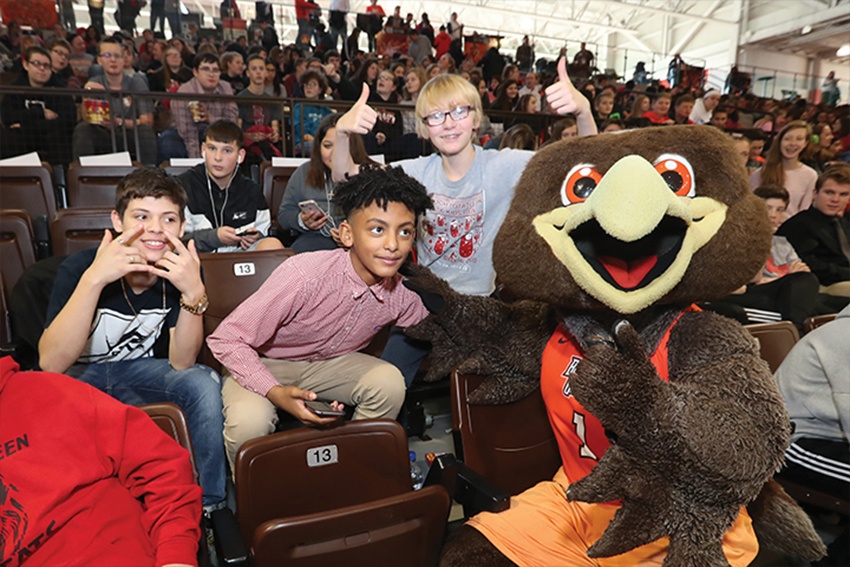 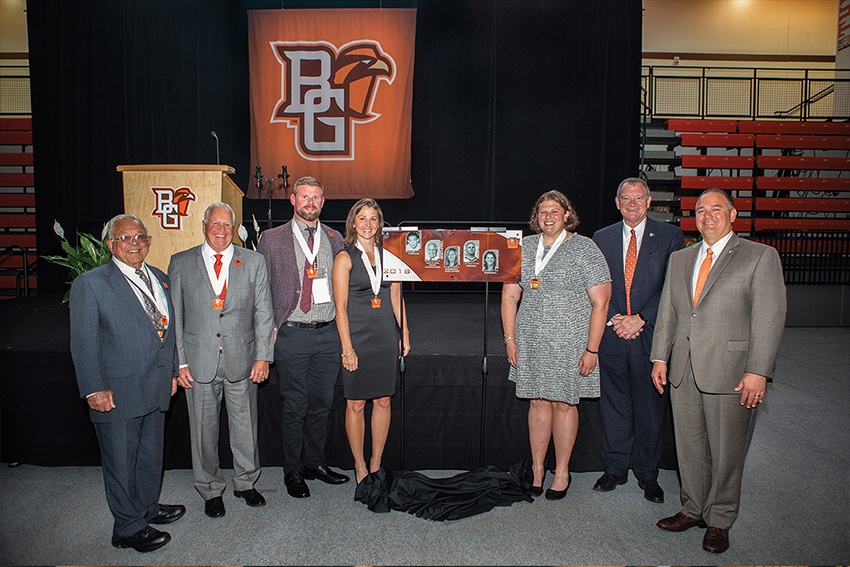 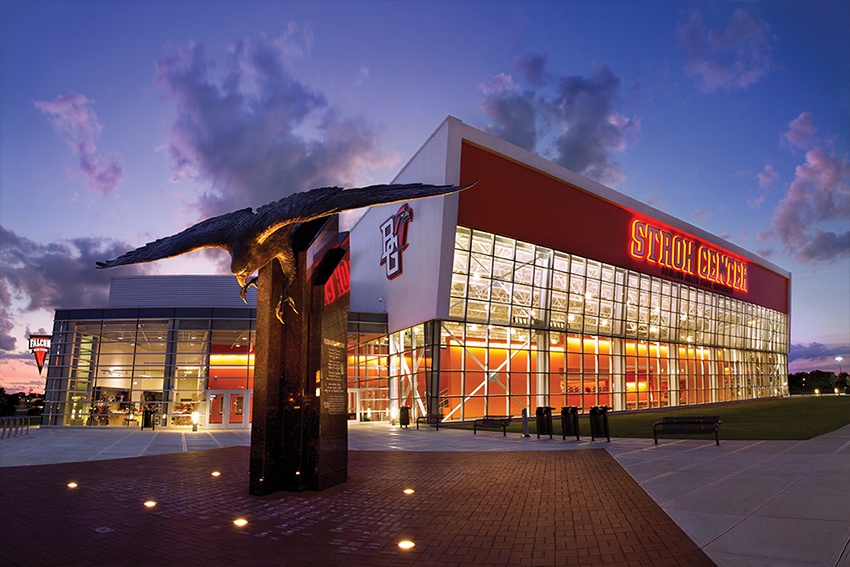 Four new head coaches have been added to Bowling Green State University’s roster. Here is a rundown of the first-year head coaches who have already done much in furthering this standard of excellence. 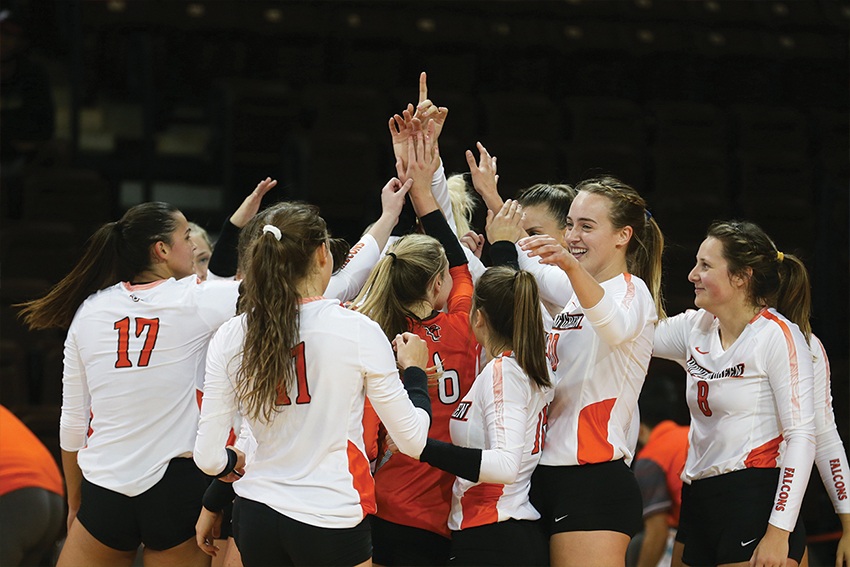 Drive to the Top

The trophies, the celebratory photos, and the rearrangement of the record books by Falcon Women’s Soccer and Volleyball this fall tell a very important part of their championship stories. 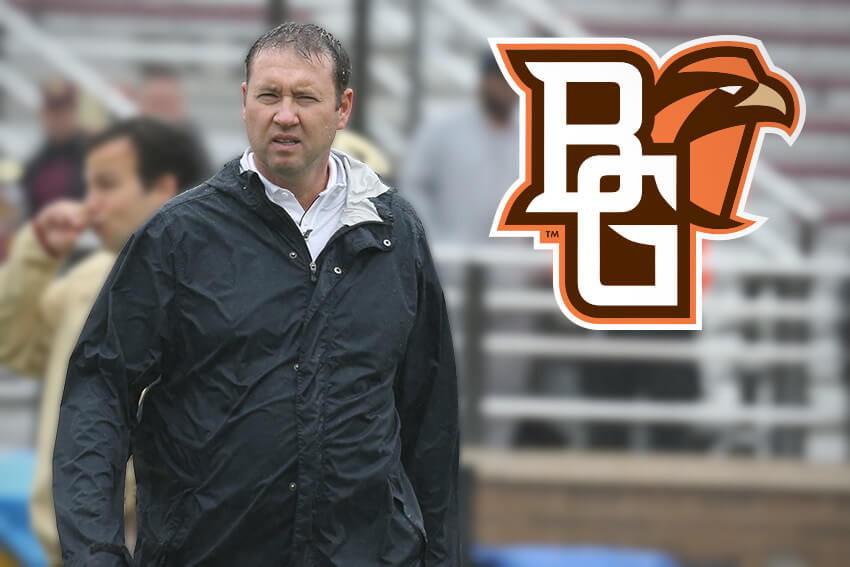 RollAlong! Inside Falcon Athletics is published by BGSU’s Office of Marketing & Brand Strategy in cooperation with the Department of Intercollegiate Athletics.

BGSU is an AA/EEO educator and employer.