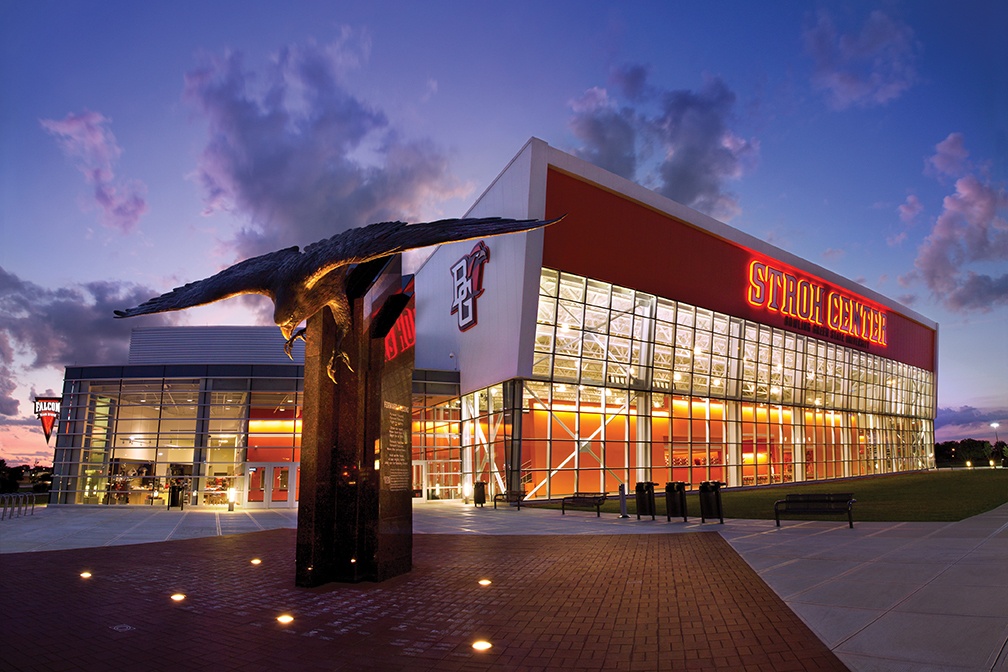 "BGSU strives for excellence in all we do, whether in academics or athletics," Director of Athletics Bob Moosbrugger said. “And the outstanding expertise and dedication of our coaches sets the tone for all that our student-athletes achieve.” 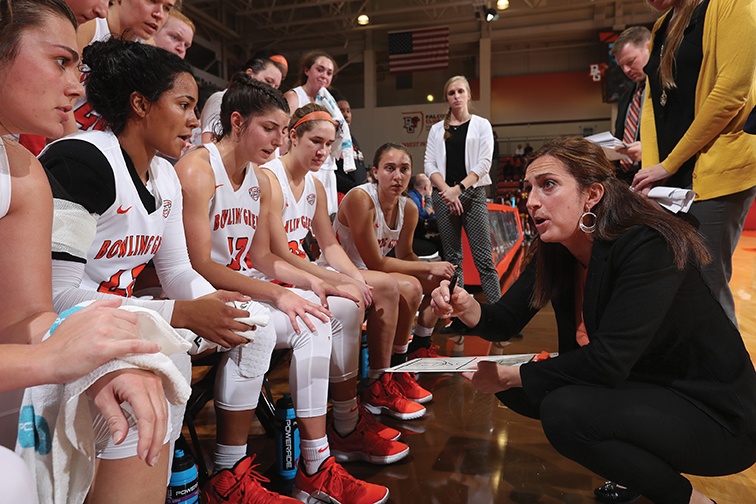 Entering the 2018-19 season with a head-coaching record of 104-3, Fralick boasts an incredible winning percentage of .972. The Eagles won the NCAA Division II National Championship in 2016-17 before returning to the national championship game and earning a runner-up finish in ‘17-18. That winning percentage is the best in NCAA history at any level (minimum of 100 games coached).

“There are so many things about Bowling Green that are incredible. The University itself, and certainly the women’s basketball program and its tradition, is so important here,” Fralick stated. “You want to be at a place where women’s basketball means a lot, and when you look up and see those championship banners and all of the post-season appearances, you know this is just such a place.”

Fralick, a native of Okemos, Mich., is a 2004 graduate of Davidson College where she enjoyed a stellar playing career in addition to earning her undergraduate degree in psychology. She then continued her academic career by earning her master’s degree in counselor education from Western Michigan in 2007. Fralick was inducted into the Okemos High School Athletic Hall of Fame in October of 2017. She and her husband, Tim, have a son, William, and a daughter, Clara. 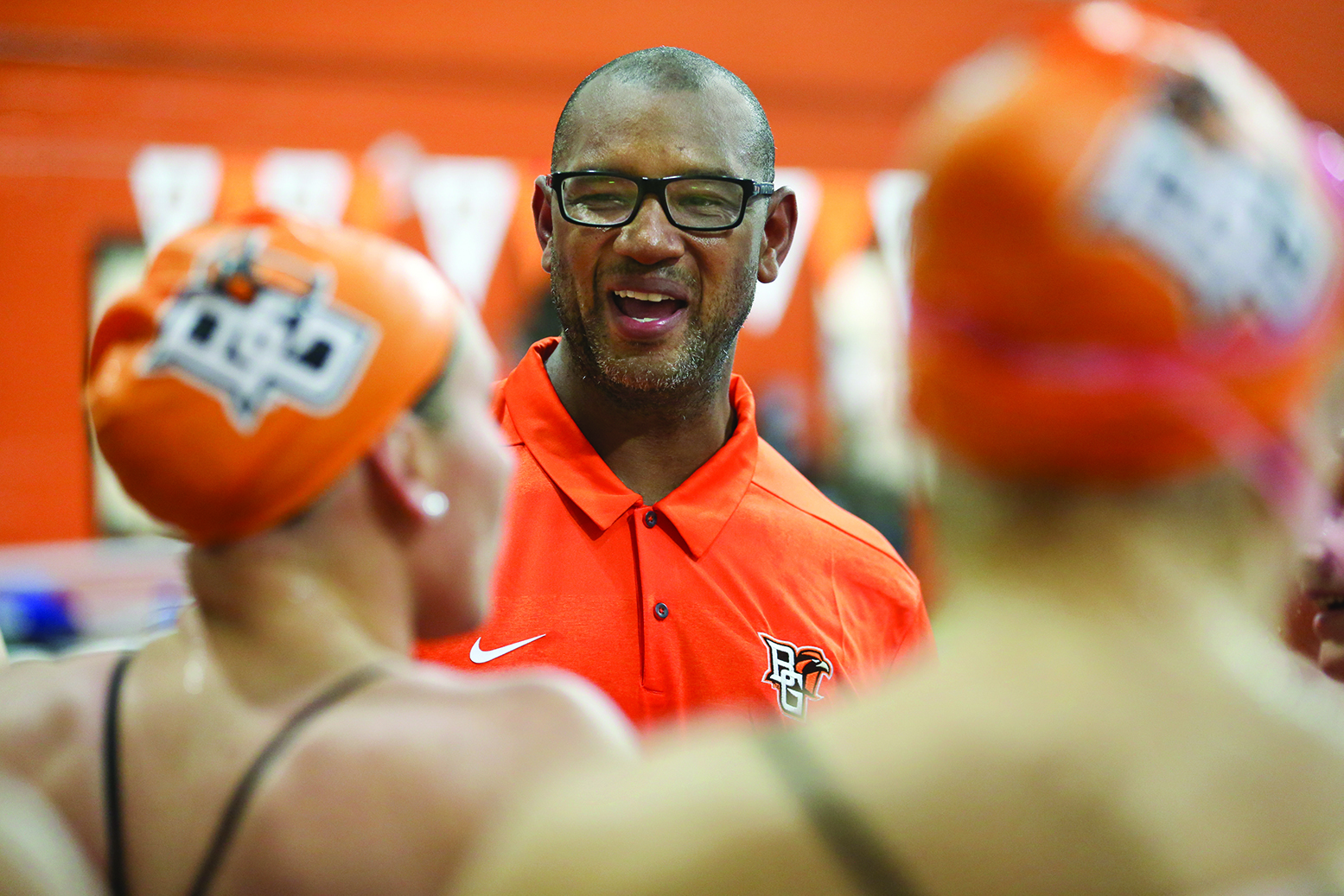 Rickey Perkins was named the new head coach of BGSU Swimming and Diving in August. He previously served as the men's and women's swimming and diving head coach at the University of Evansville since 2002. A five-time Missouri Valley Conference Coach of the Year, Perkins coached 13 Missouri Valley individual champions and 70 First Team All-Conference selections. Additionally, 30 school records were broken, and a total of 16 All-American performances took place.

Perkins and his teams also excelled in the classroom. While at UE, Perkins earned the Director of Athletics Award for Excellence under the category "The Student-Athlete Experience." Perkins coached four Academic All-Americans, and his teams racked up a total of 95 Missouri Valley Conference All-Scholar awards.

Perkins began coaching at the high school and club levels in Anchorage, Alaska, in 1989, eventually working his way up to become the head swimming coach at his alma mater — the University of Alaska-Anchorage. Perkins spent one year (1998-99) as a National Coach for the Barracuda Swim Club in Nassau, Bahamas, working with competitive age groups as well as the senior program. Under his guidance, the National Team broke seven meet records and recorded its highest finish ever at the CARIFTA Swim Championships, the top swim meet among Caribbean countries.

"The success we have had so far is all about the excellence of our team members. They have been very open and receptive to the training,” Perkins said. “They are starting to understand the vision and where we can be if we come together as a team. It's not magic. It's hard work, commitment, and communication.” 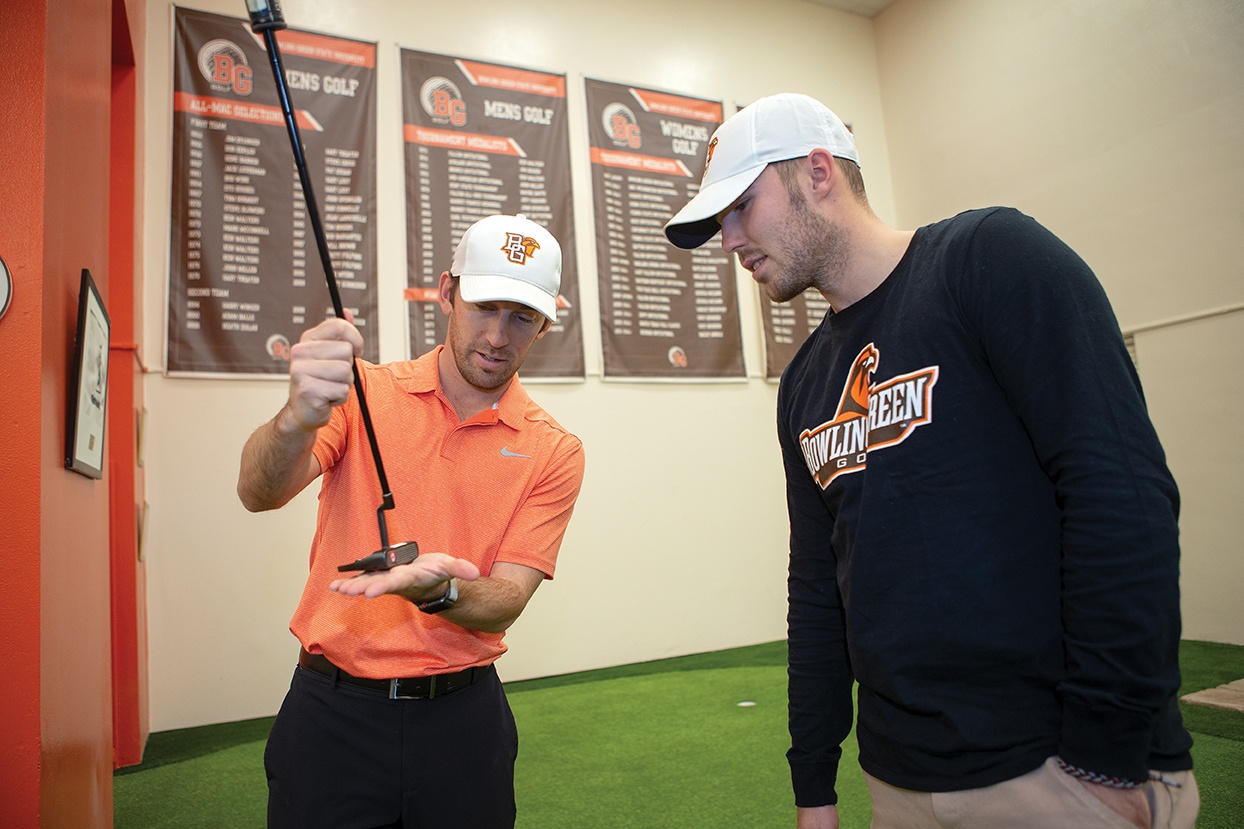 John Powers, a 2010 BGSU graduate, was named head coach of the BGSU Men's Golf program last January. Powers was the head coach at St. Bonaventure from 2011-14 and most recently served as the associate head golf coach at Cleveland State, where he helped win the Horizon League Championship for both men and women.

A standout golfer for the Falcons from 2006-10, Powers posted a 75.2 career scoring average over 123 rounds, with 10 Top-15 finishes during his career, including medalist honors at the 2007 UD Spring Invitational. He posted a career-low round of 67 at the 2009 Earl Yestingsmeier Intercollegiate.

Powers graduated from BGSU with a degree in sport management and was a member of the Student-Athlete Advisory Committee (SAAC). He went on to complete his master's degree in integrated marketing communications at St. Bonaventure in 2013.

"It has been very rewarding to work with this group of players," Powers said. “We've made big strides as a group and are taking a lot of pride in the work that is done behind the scenes.” I've also been humbled by the amount of support we've received from the community and alumni.”

Powers also pointed to progress in the areas of resources and facilities: “In the past nine months we’ve benefited from fantastic new additions to our training areas on campus and at Stone Ridge. I am very excited for what the future holds for this program."