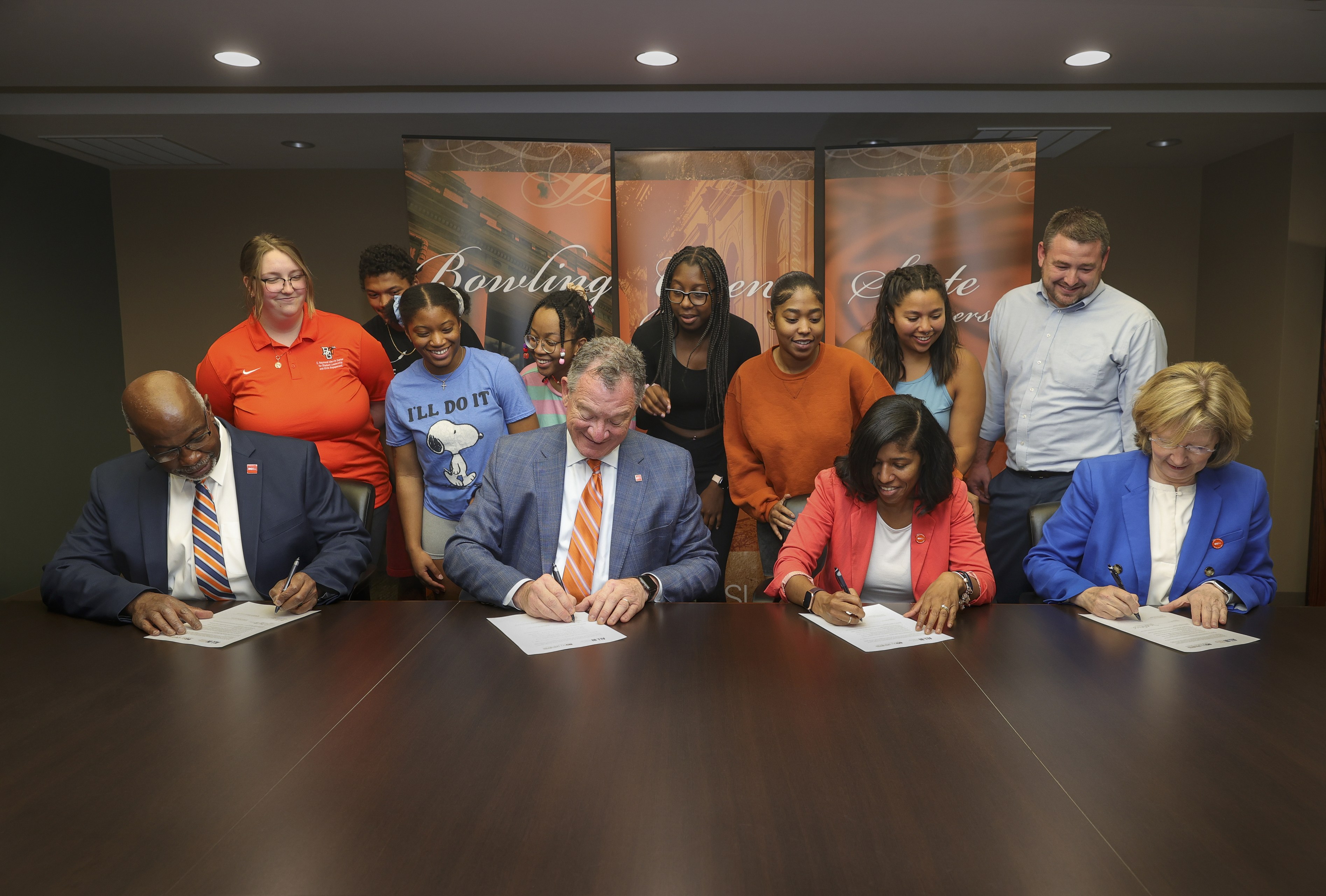 As a public university for the public good, it is our responsibility to support students to be engaged citizens.

Bowling Green State University is one of only six public, four-year universities in Ohio that has committed to achieving 100% student voter registration and participation in the 2022 election and beyond by joining the ALL IN Campus Democracy Challenge Presidents’ Commitment.

As part of the pledge, BGSU is supporting numerous initiatives aimed at helping students develop habits of active and informed citizens while making democratic participation a core value of the campus community.

“As a public university for the public good, it is our responsibility to support students to be engaged citizens," BGSU President Rodney K. Rogers said. "A healthy democracy and civil discourse rely on generations of citizens who recognize the importance of exercising their right to vote.”

The University plans to develop and implement a data-driven action plan to improve civic learning, political engagement and voter participation. BGSU will also convene a campuswide working group with members from Academic Affairs, Student Affairs, the student body and other stakeholders to lead the efforts.

BGSU has participated in the ALL IN challenge since it began in 2016 as a nationwide effort to increase student voter participation on college campuses. Voting rates at the University increased by nearly 12% from 2016 to 2020, with 67.6% of students voting in the 2020 presidential election.

BGSU is among more than 450 colleges and universities nationwide to have joined the Presidents’ Commitment.