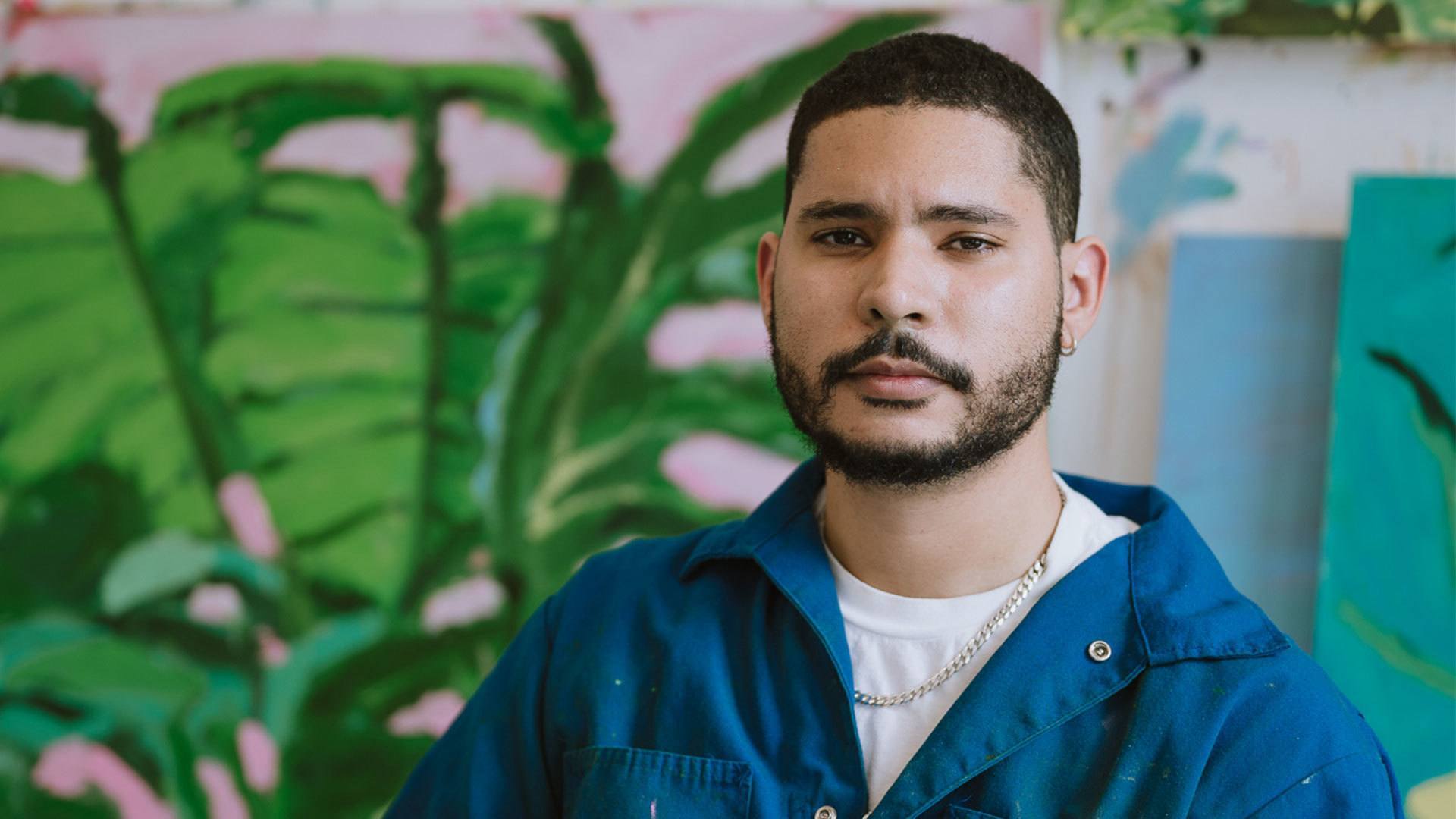 Paul Verdell '18 was selected to the prestigious Black Rock Senegal program to be an artist-in-residence. He will travel to Senegal and work with renowned artist Kehinde Wiley later this year. (Photo credit Kai Newby)

The program, which Wiley founded, selects 16 artists from across the world in various disciplines to travel to Dakar, Senegal, where they will live and work at the Black Rock compound for at least a month.

Among this year’s class, Paul Verdell ’18 is one of only four American artists and one of two U.S.-based painters whom the program selected to be a resident.

Verdell will leave the U.S. in late September and will spend all of October in Dakar creating work in the Black Rock Senegal program.

“I really want to go there to explore new ideas through painting and new ideas through how you can create,” Verdell said. “I think travel is crucial for artists, even if it’s just within the United States. I think travel opens up your mind and it opens up your horizons for what you can create. If you look at past artists in museums, a lot of works they created were inspired by travel.”

The experience of becoming a professional artist has been a surreal one for Verdell, who did not take the traditional path to earning a Bachelor of Fine Arts in studio art. Verdell, who is originally from California, attended school in northwestern Ohio and enrolled in community college before moving to Los Angeles in 2013.

Upon returning to Ohio in 2015, Verdell chose to enroll at BGSU. Initially, Verdell started his journey at the BGSU School of Art as a part-time student taking one class while he worked at an arts and crafts store. 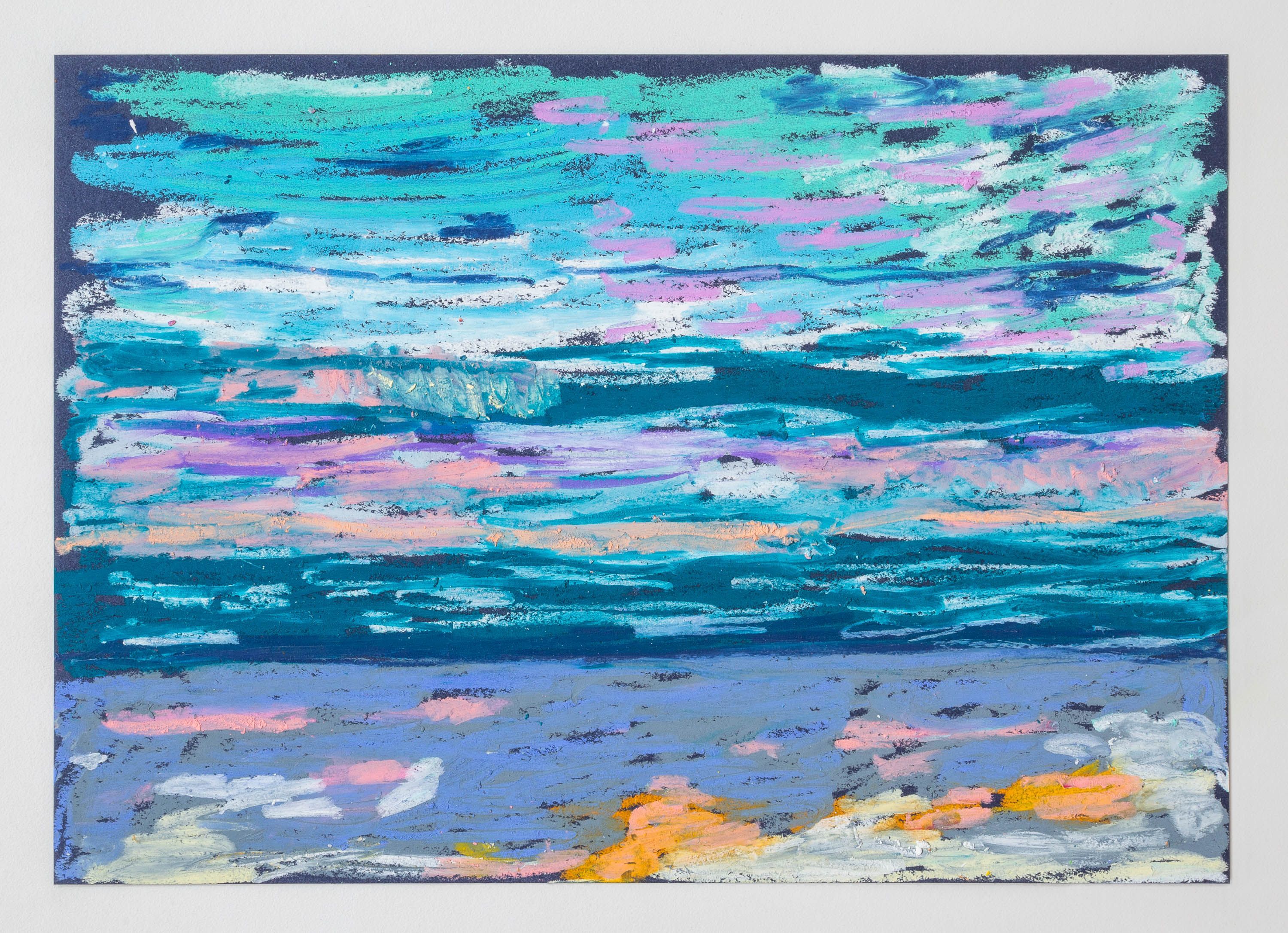 Verdell said he enjoyed artistic endeavors as a personal interest, but did not know he could make a career from his art until he came to BGSU – where faculty spotted his talent in the studio and provided a blueprint for becoming a professional artist.

“I had always loved to draw, and when I was younger, I always liked to draw cartoons, anime, Manga, and that type of stuff,” Verdell said. “I never thought I could make a career off art until I went to BGSU and saw that all my professors were career artists. They make and sell their own work and it gets into shows and galleries. I think coming back to school really expanded my view on art.”

Beyond talent, Wojtkiewicz said Verdell also stood out because of his work ethic. Once Verdell became a full-time student, faculty often found Verdell in the studio on weekends, a packed lunch by his side as he worked on projects.

Wojtkiewicz said BGSU faculty have been thrilled to see Verdell’s post-graduation success because they saw his drive up close.

“We knew Paul was talented and bright, but he was ambitious — he wanted to succeed, he wanted to be better, wanted to be taught, accepted criticism well and loved to learn, and having all that is a rarity,” Wojtkiewicz said.

“Once he decided to quit his job and come to school full time, he was totally committed. Paul was in the studio all the time in addition to being an A student in his classes, so he was really the full package.” 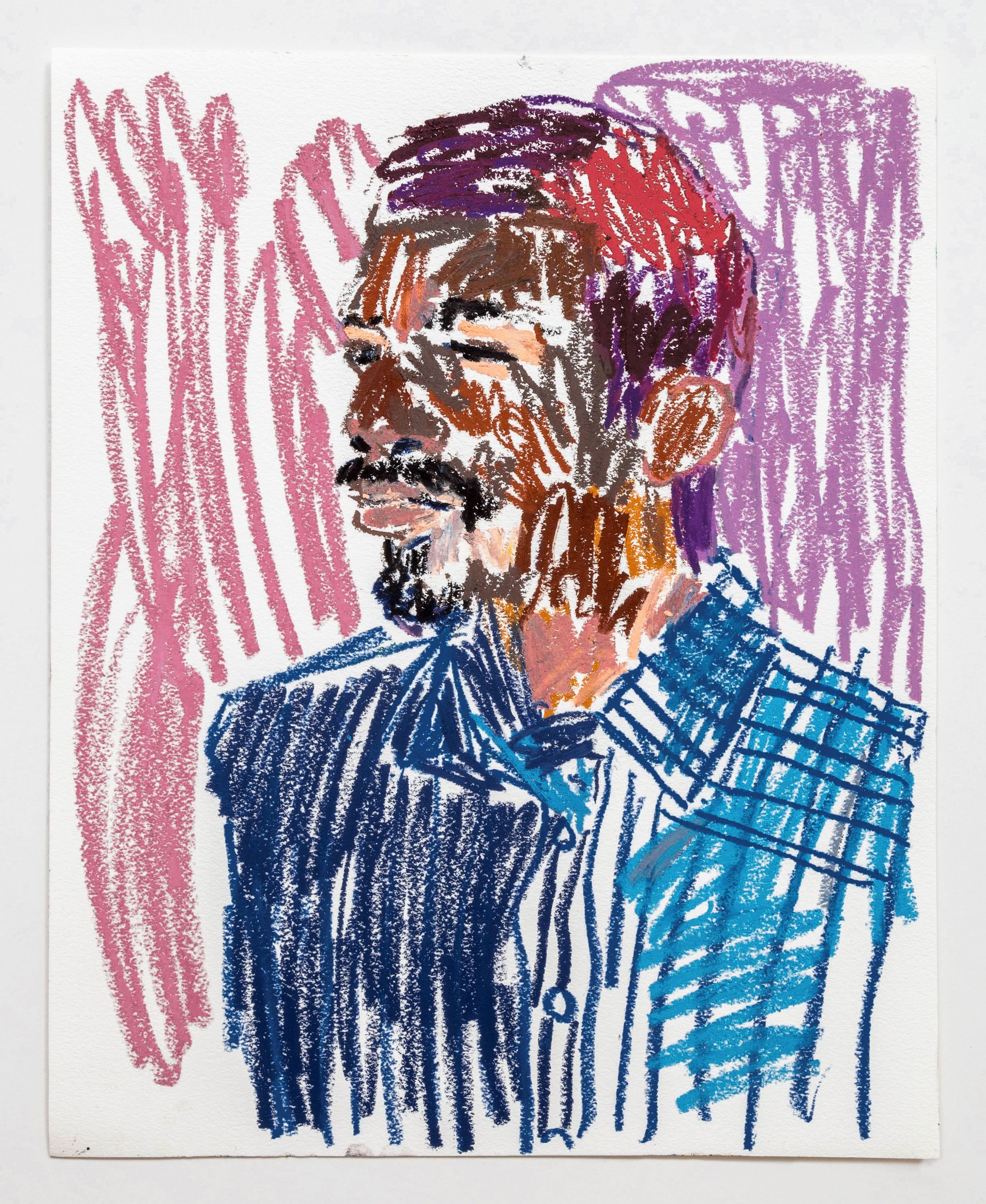 Since graduation, Verdell has been a rising star whose art has been shown in galleries from Los Angeles to Detroit and been commissioned to complete work by professional sports organizations like the Cleveland Cavaliers. He is currently based out of Detroit and represented by Library Street Collective.

Wojtkiewicz said Verdell’s upward trajectory has been apparent from the moment he enrolled at BGSU.

“During his tenure with us, Paul’s work progressed by leaps and bounds stylistically, conceptually and intellectually,” Wojtkiewicz said. “When you look at his work as an undergrad, you can see the genesis of what he’s doing now. In the four years since graduating with his BFA in studio art, he’s really found himself. He’s a young professional artist who is out in the world making a career from his work.”

Just as he was as a student, Verdell said he is going into the Black Rock program ready to learn and grow from his surroundings.

Four years after graduating, Verdell said choosing to attend BGSU remains one of the best choices he has made during his career.

“I think going to BG helped me develop an appetite for studying because I had never really sat down and looked at an art book or said to myself, ‘I’m going to an art museum for fun,’” Verdell said. “Going to school helped change a lot of that because I started to realize that the best way to learn was to actively seek that stuff out.

“I was a little late to the game, but going back to school ended up being one of the best things I ever did.”