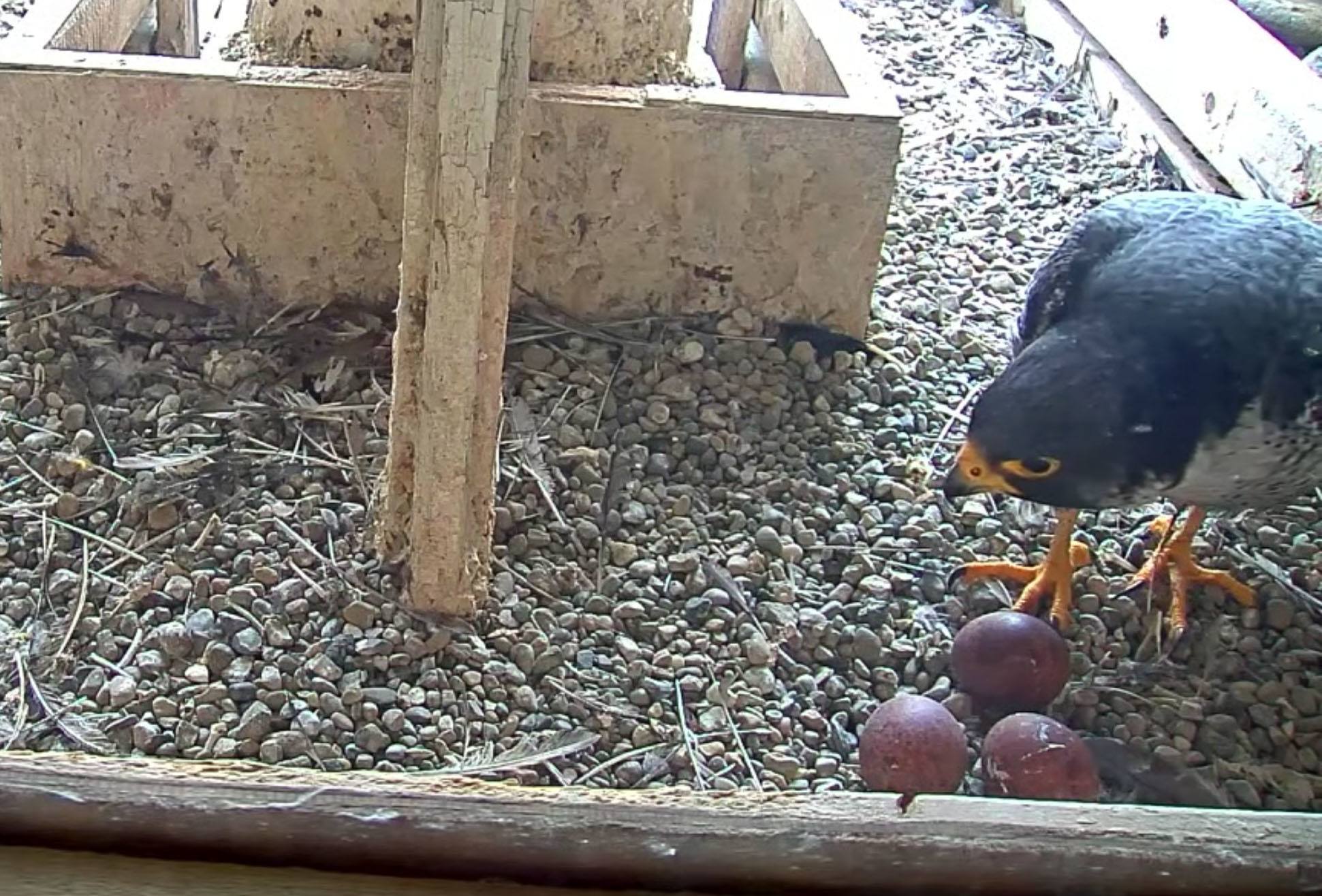 For the 12th year in a row, a pair of peregrine falcons have returned to the Wood County Courthouse clock tower in Bowling Green to nest and lay eggs.

Three eggs were recently spotted on the Falcon Cam, which offers a 24/7 livestream of the nest for the public through a partnership between Bowling Green State University and the Wood County Commissioners.

"The campus community is thrilled the falcons have returned to Bowling Green once again," said Amy West, assistant vice president for Marketing and Brand Strategy at BGSU. "As the official mascot of BGSU, it is great to see the falcons are just steps away from campus. We are thankful for our continued partnership with the Wood County Commissioners to provide a live, realtime look of the courthouse nest."

The peregrine falcon has served as the University's official mascot since 1950 when Freddie Falcon made his debut. Freddie's sister, Frieda Falcon, appeared a few years later in 1966. The idea to designate the falcon as the BGSU mascot originated in 1927 when alumnus Ivan “Doc” Lake suggested the name due to the bird's fierce speed and courage.

“Wood County is pleased to partner with BGSU to provide the Falcon Cam," said Doris Herringshaw, president of the Wood County Commissioners. "We are excited to once again see eggs in the nesting box of the courthouse clock tower. We can’t think of a better partnership with BGSU than one that celebrates falcons!”

Peregrine falcons typically lay three to four eggs per season, which take roughly 33 days to hatch, according to the Ohio Department of Natural Resources.

For more information about the falcons in the courthouse clock tower, visit the Falcon Cam online.