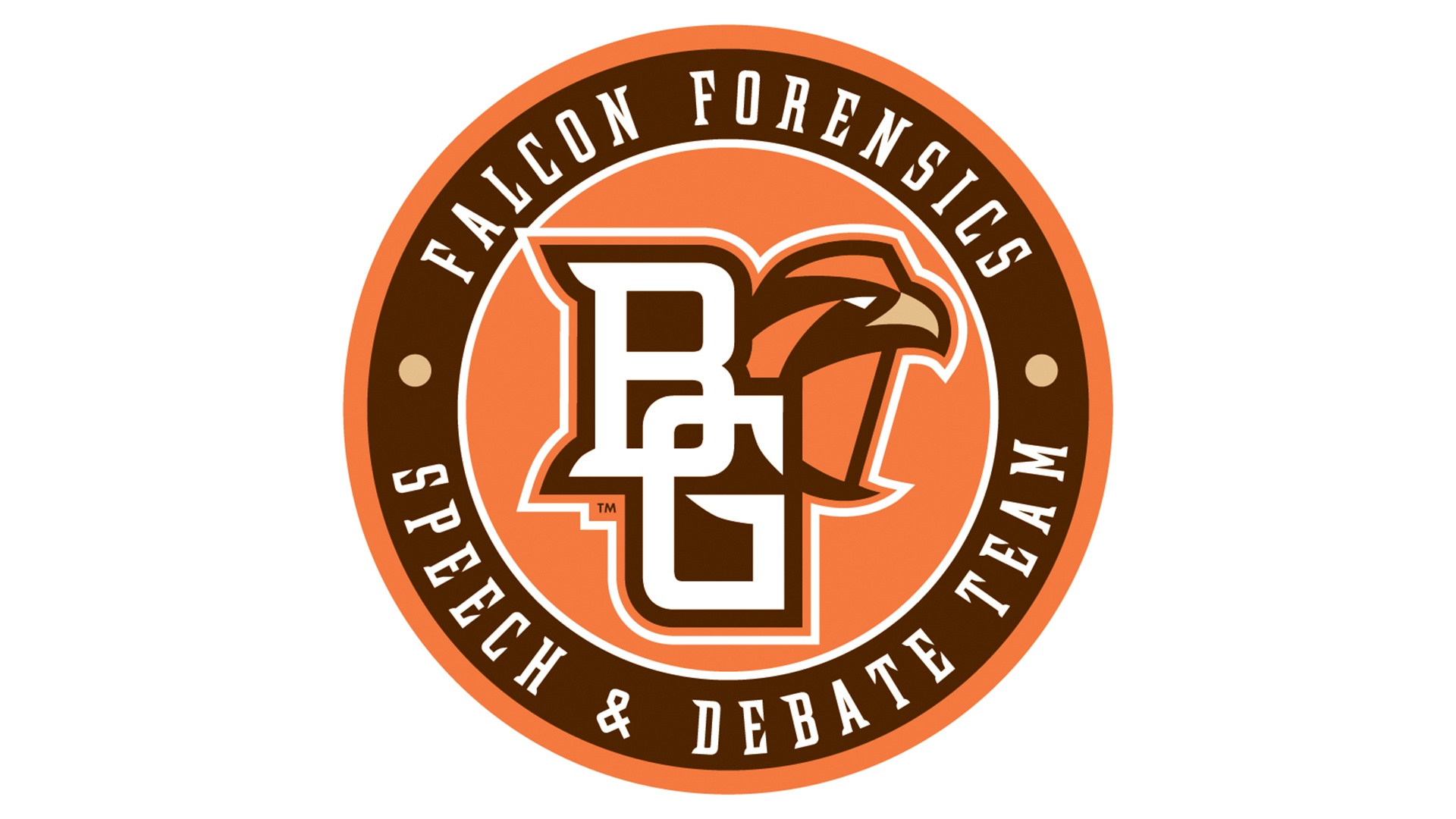 The Falcon Forensics, Speech and Debate Team enjoyed another outstanding national championship tournament performance at the 2022 National Online Forensics Championships on March 17-20. Of the 38 colleges and universities from around the country attending virtually, Bowling Green State University placed third in the nation.

No. 1 in Parliamentary Debate

The entire team performed exceptionally well, led by Allison Sturley and Phoenix Anson, who successfully defended their national championship from last season with a repeat win in Parliamentary Debate. In the International Public Debate category, Sara Harmon debated her way to the finals, picking up the silver medal, while Sturley advanced to the semi-final round and won the bronze medal.

Rounding out the team and earning excellent supportive scores leading to the team’s stellar overall performance were: Elyse Adrian, Chien Minh Tran Phouc and Logan Carothers. Director of Forensics, Speech and Debate, Paul Wesley Alday, and teaching assistants, Jules Patalita and Felicity Sena Dogbaste, provided the coaching support and expertise that continue to raise the bar for the group, which is the University’s oldest student team.

Building on a 100-year legacy

The program was founded by Homer B. Williams - the first president of the normal college in Bowling Green, which would later become Bowling Green State University - as a way of engaging students. That original motivation has stood the test of time, bringing many of the University’s most talented debaters and public speakers into spirited competition and personal growth for over a century.

This year’s national online tournament is the 86th national or international championship in forensics, speech and debate in which BGSU has competed since the inception of the program in 1919. Today, the Falcon Forensics, Speech and Debate Team carries on this rich history through the School of Media and Communication and is available to all BGSU undergraduate students.

The COVID-19 pandemic has made communication especially challenging as in-person competitions were converted to online tournaments over the past two years. According to Alday, BGSU has been one of the leaders in making this transition, assisting in the development of software that allows for competition and adjudication at a national level.

This tournament was a particularly gratifying culmination of two years of virtual competition and back-to-back national team titles. The competition has expanded and become more challenging as barriers to entry – including costs to travel – have been reduced and communication technology has provided the platform for a highly competitive, 100% synchronous online tournament.

BGSU students have once again shown themselves to be well able to compete against other top-ranked institutions across the country – this competition included a team from the University of California – Berkley and others with outstanding academic credentials.

"This team really embraced the challenges of online competition and brought our commitment to the national level,” Alday observed. “We are proud to add this year's national titles to the achievements of our students and the University."