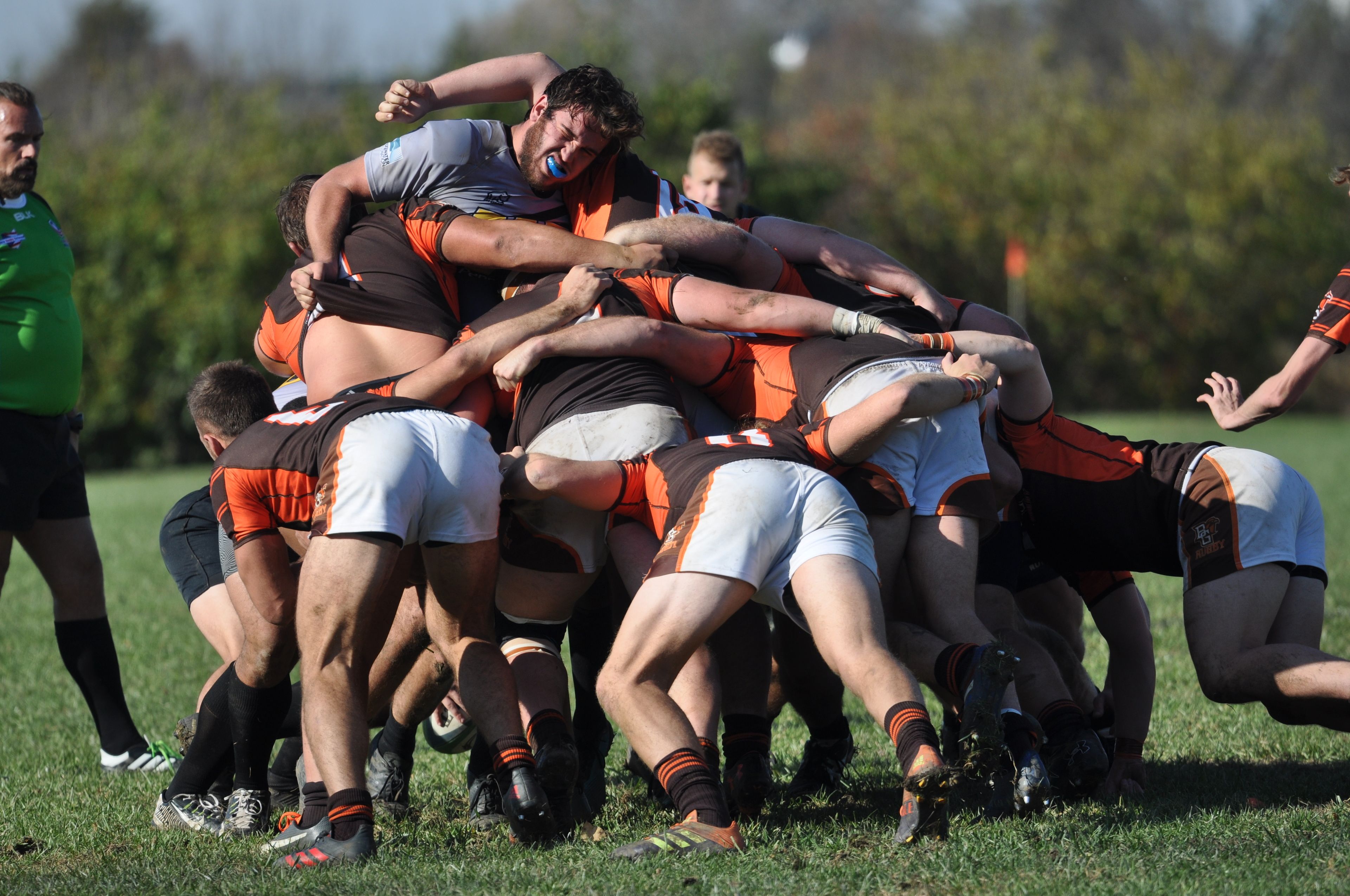 BGSU has posted one of the longest championship winning streaks in collegiate athletics at any level within the 48-year-old Mid-American Rugby Conference, which boasts the longest continuously running college conference rugby competition in the United States. According to Mazzarella, who coached the team from 1985 to 2008, this unprecedented success comes down to individual character and mental toughness guided by a team playbook known for its unrivaled complexity.

“A lot of the championship games were not blowouts if you look back at the scores,” Mazzarella observed. “The wins depended on one or two individual heroes who were at the right place at the right time.”

The BGSU club team is rightfully considered one of the top 10 rugby programs in the United States, competing successfully against some of the country’s top varsity teams. With an average membership of 80 or more players, the team fields five squads each season, with each squad typically posting nine wins for every loss. In addition to its 40-year conference championship run, the team has: 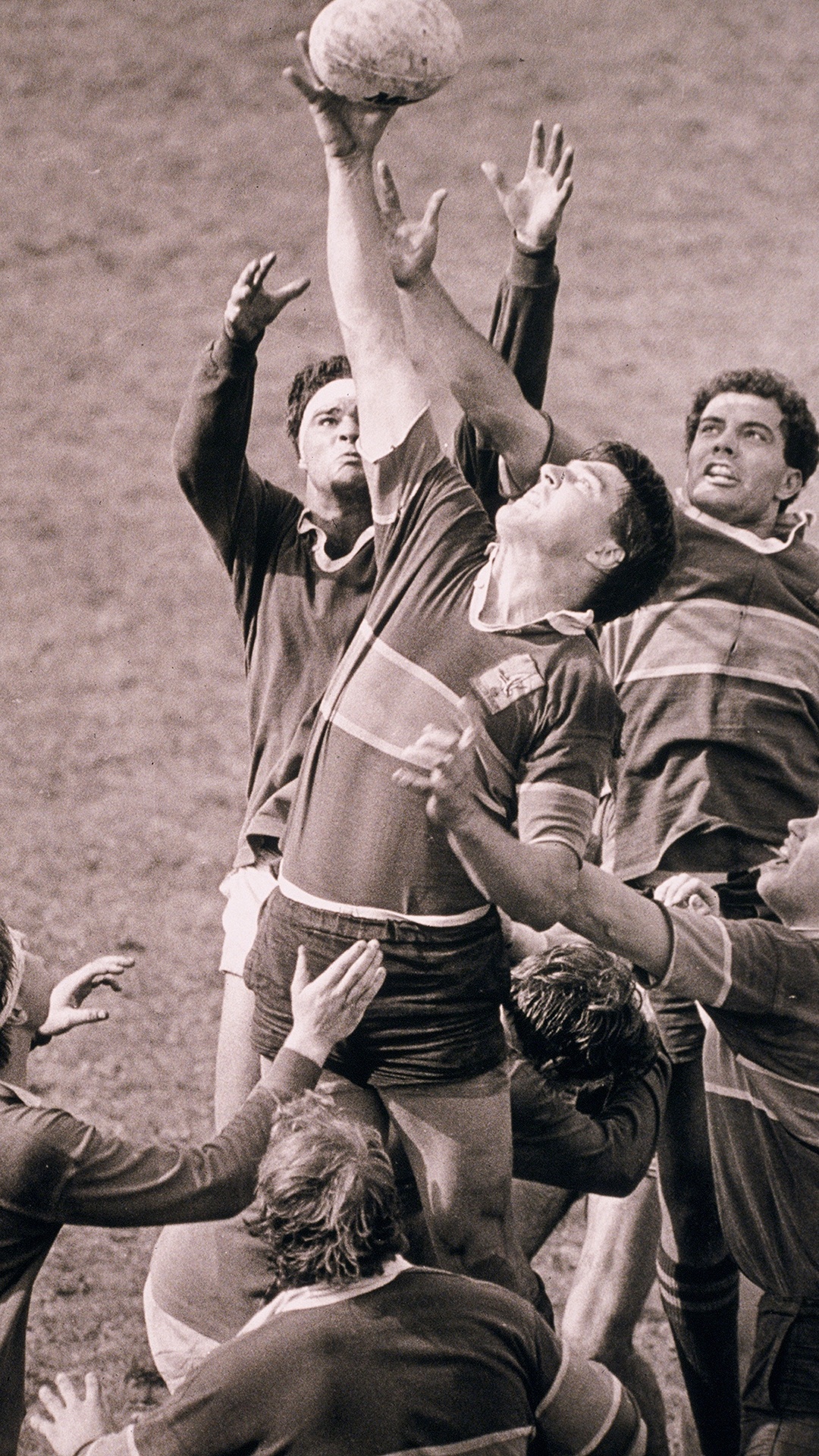 All-American Chuck Tunnacliffe snags a lineout ball in a 24-9 win over Kent State in 1986. 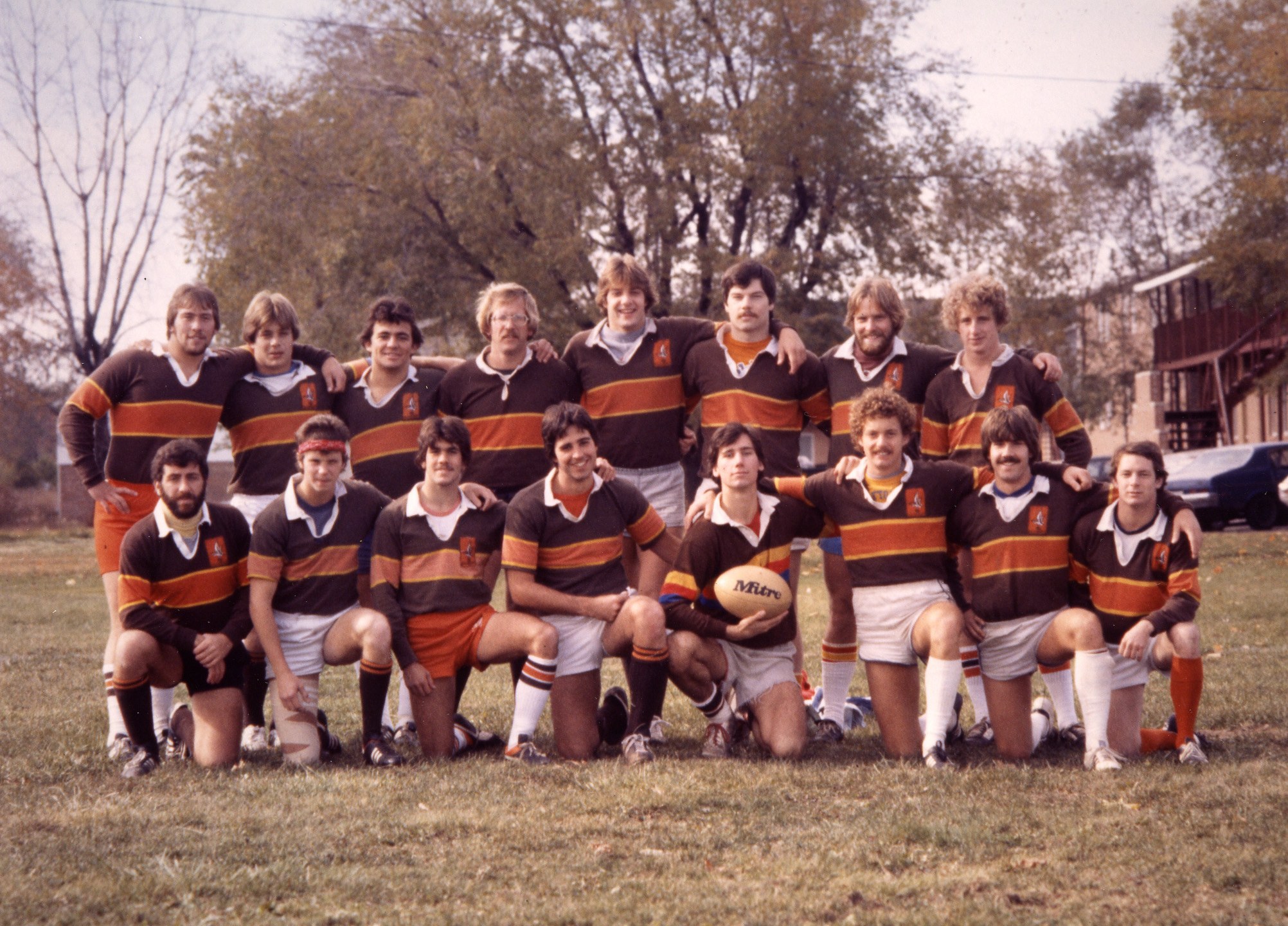 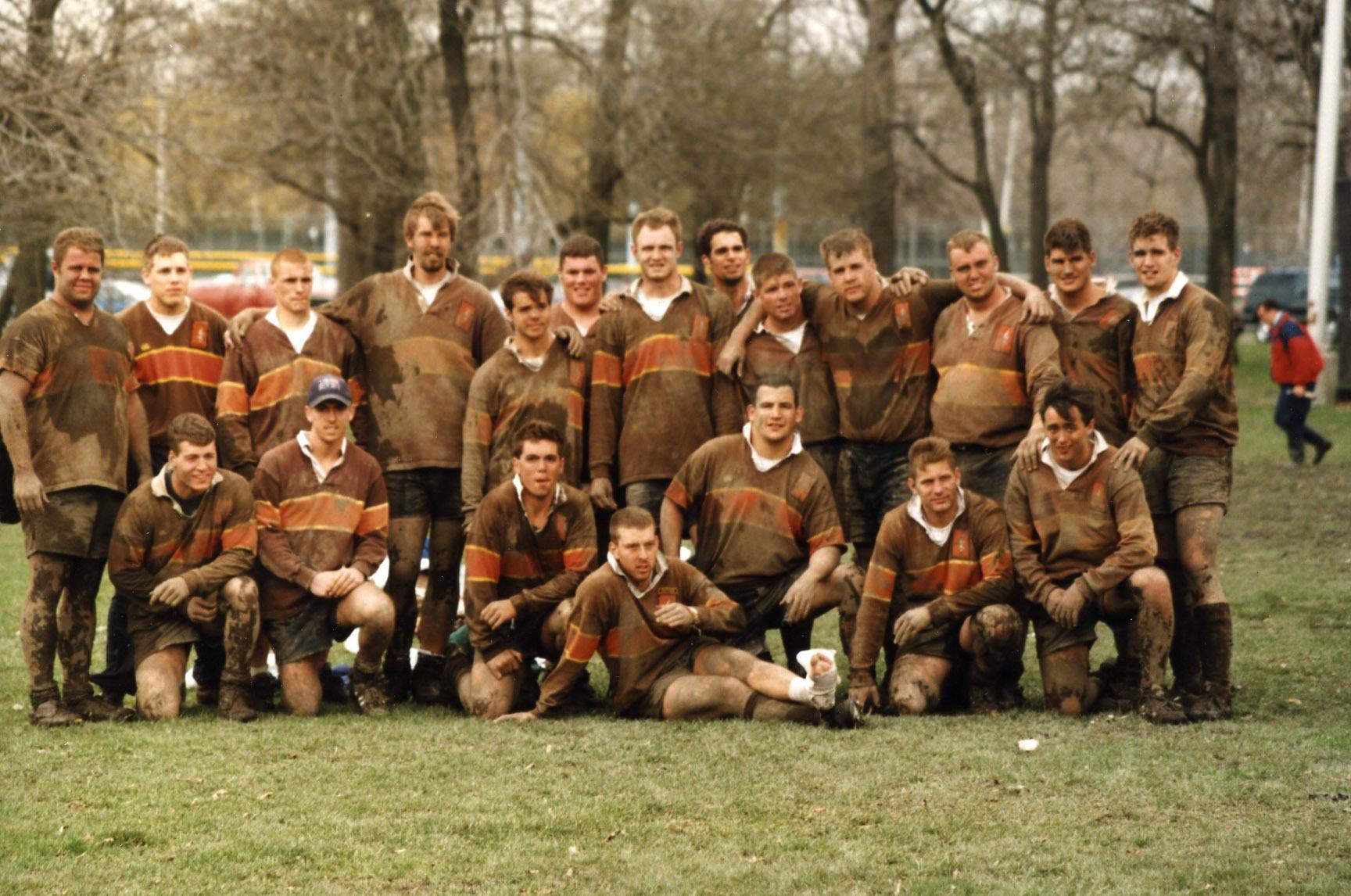 The 1997 team wearing the field as a badge of honor — coached by Roger Mazzarella and captained by Tony Mazzarella. 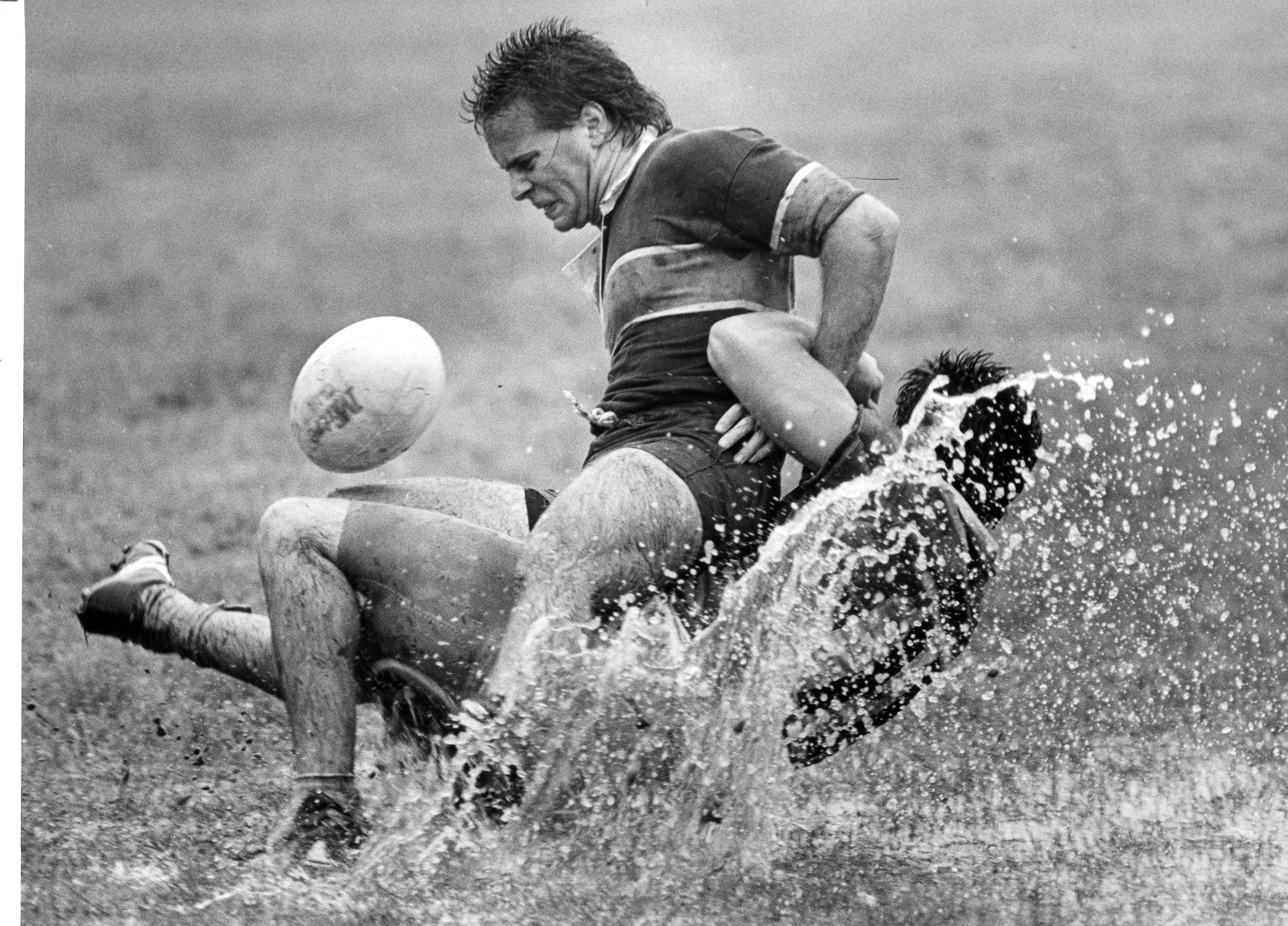 Flanker Dave McKee gets taken down in the 16-4 victory over Ball State for the 1991 championship. 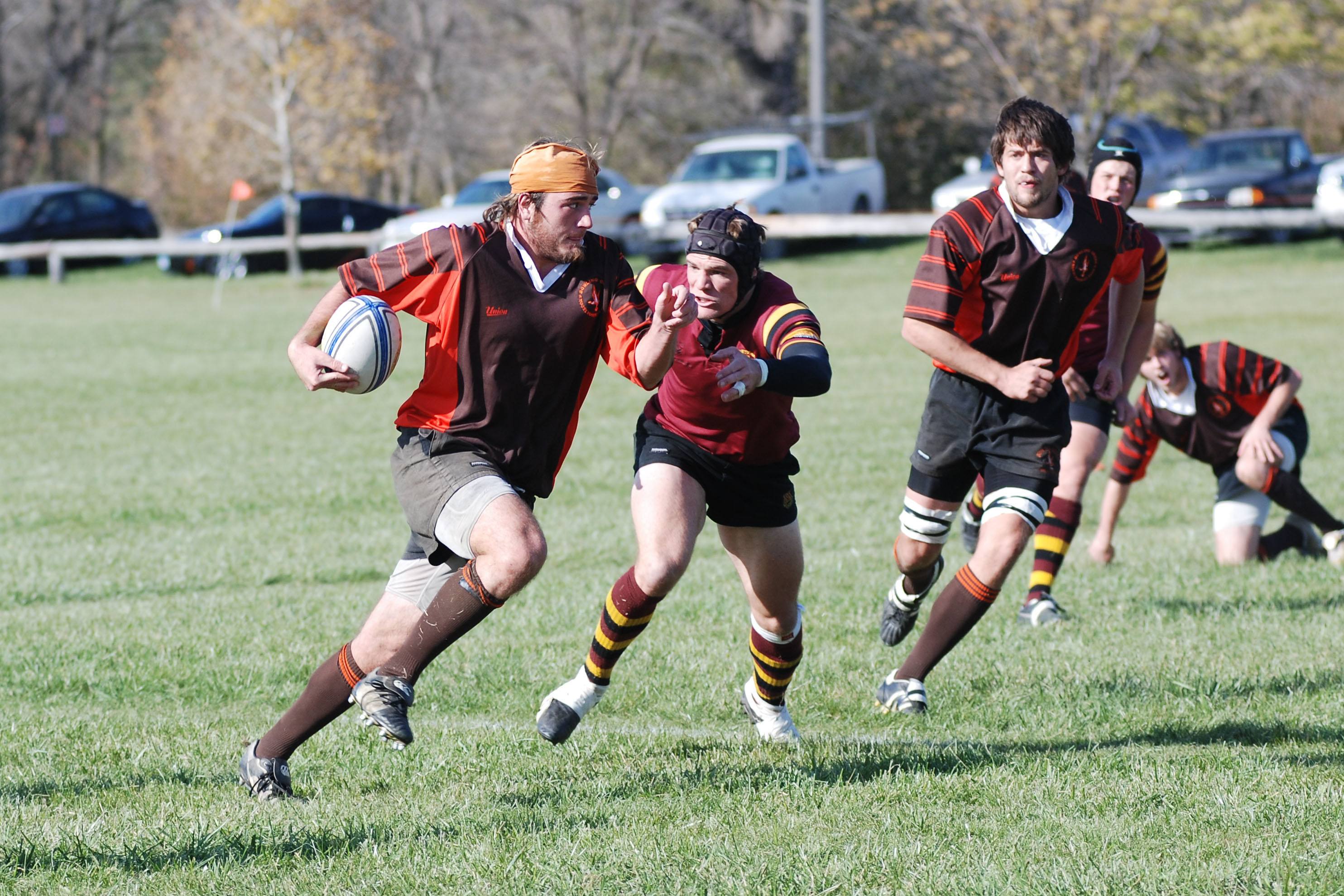 Bryce Pitney carries the ball in a 102-0 victory over Central Michigan in 2007. 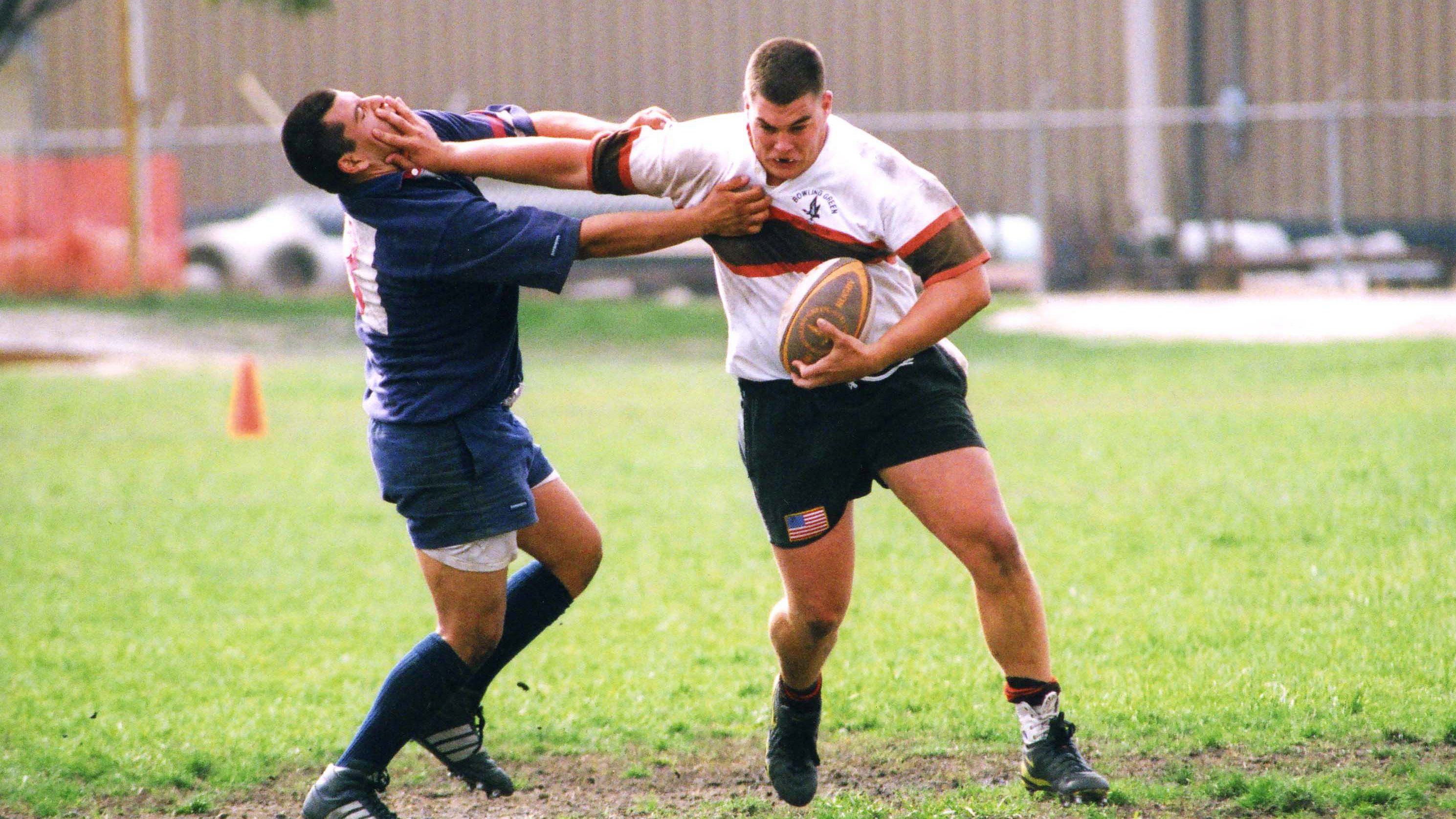 Prop Doug Ulrich fends off a Dayton tackler. This photo is immortalized on a metal wall in the end zone of BGSU Rugby’s field at the corner of North College and Poe Road. 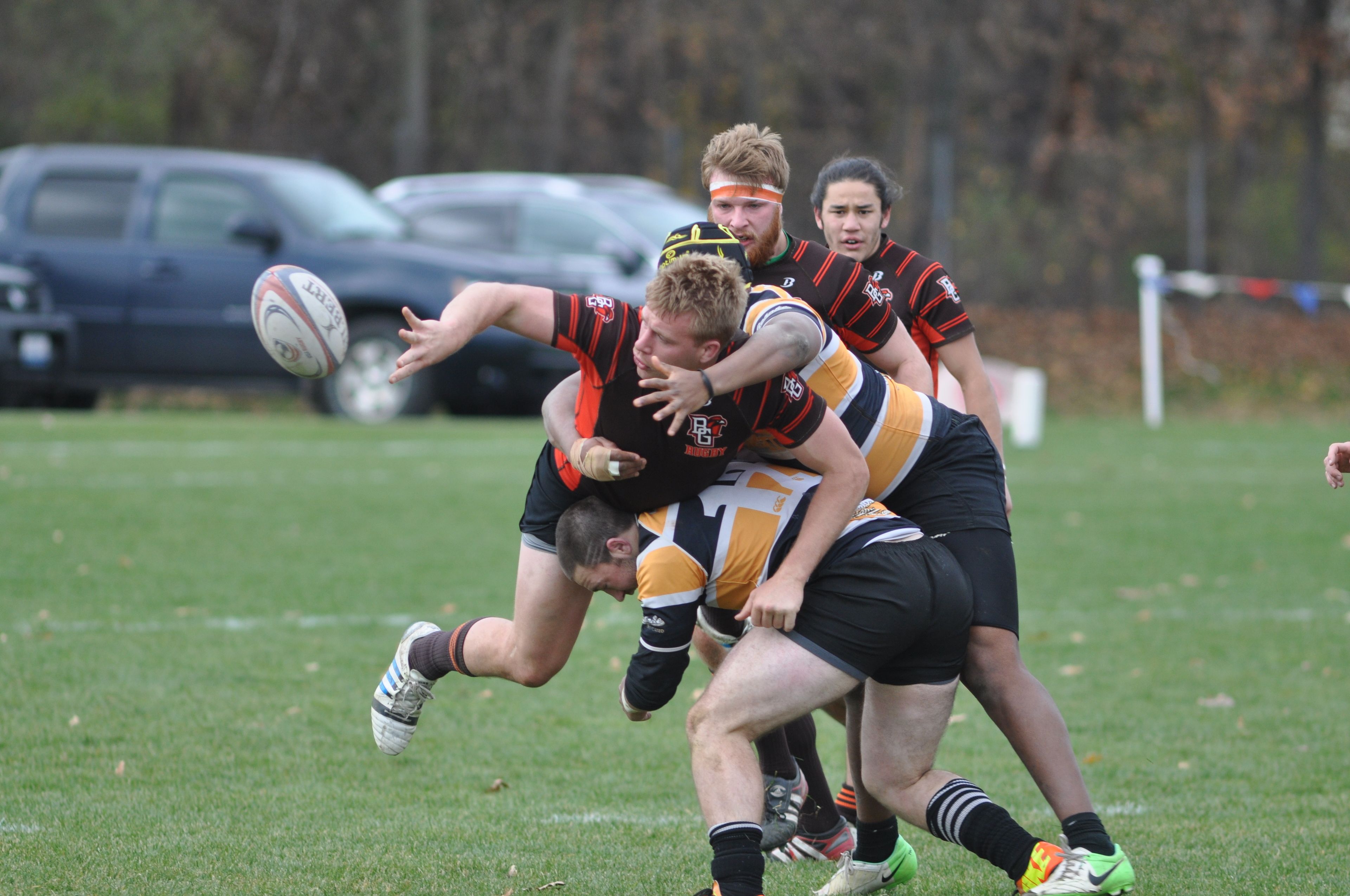 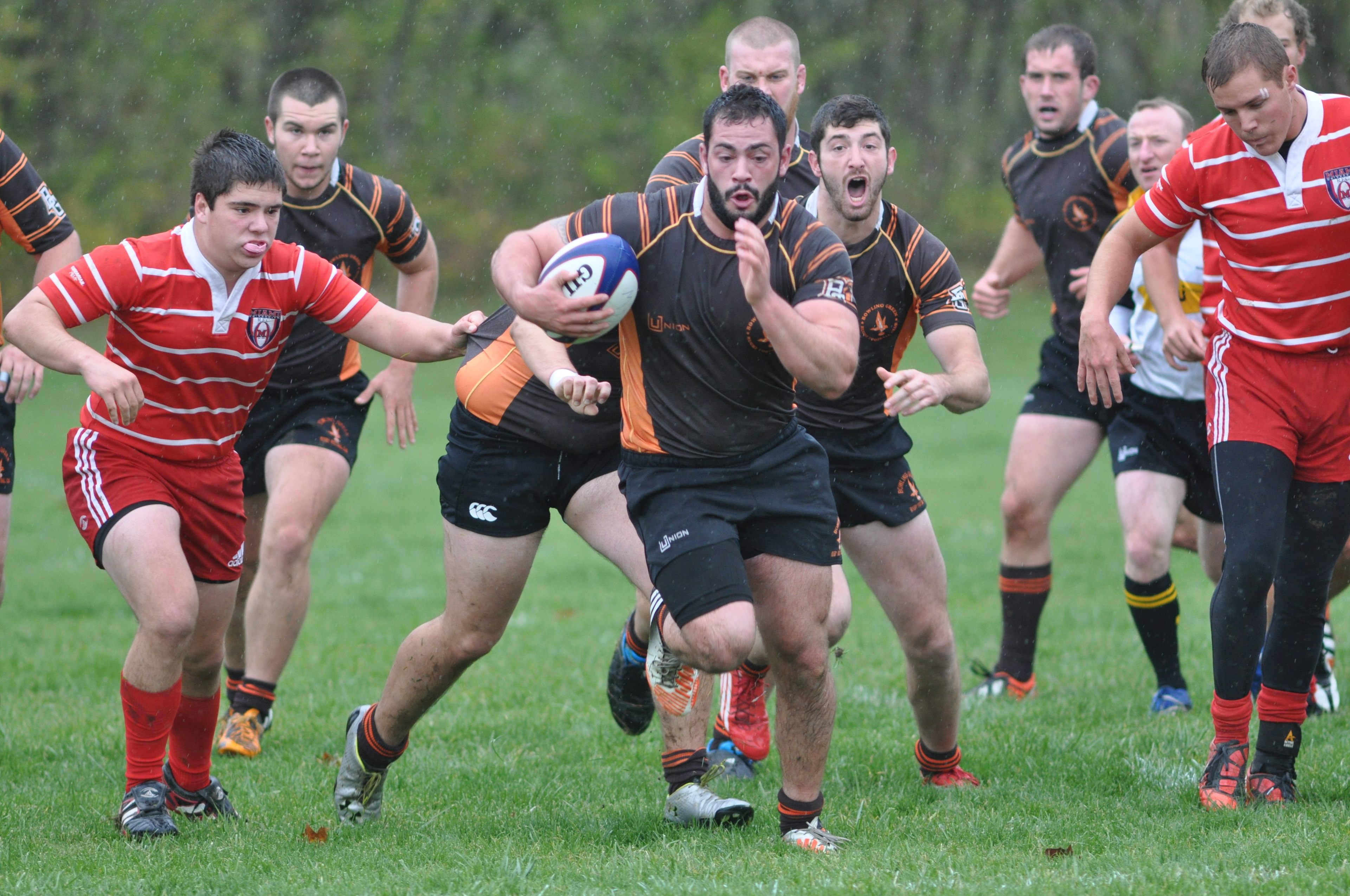 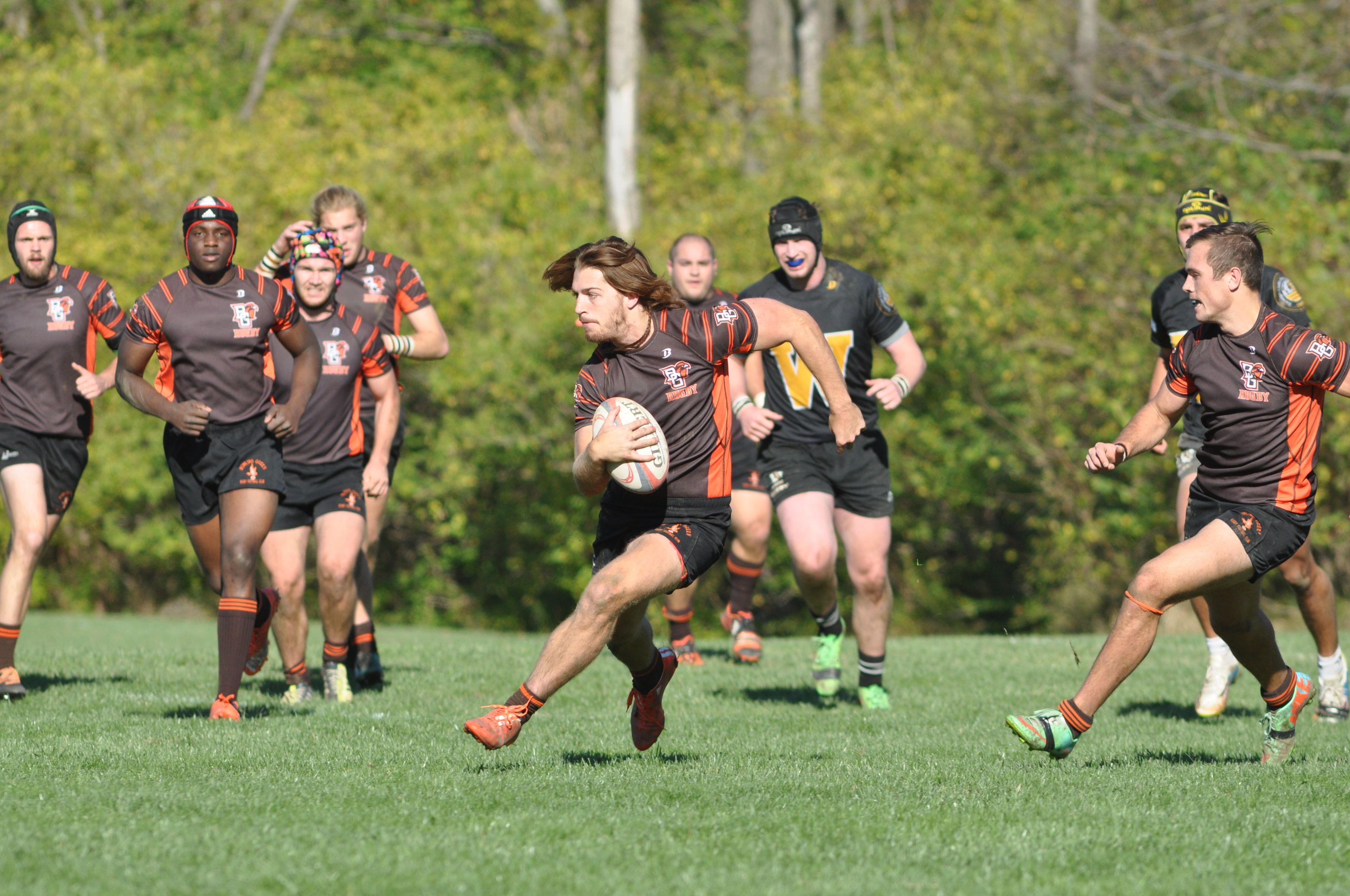 Center Adam Regini collects a chip kick from fly half Nick Ross to score in the last second to erase a Western Michigan 29-27 lead, giving BGSU the 34-29 victory in 2015. 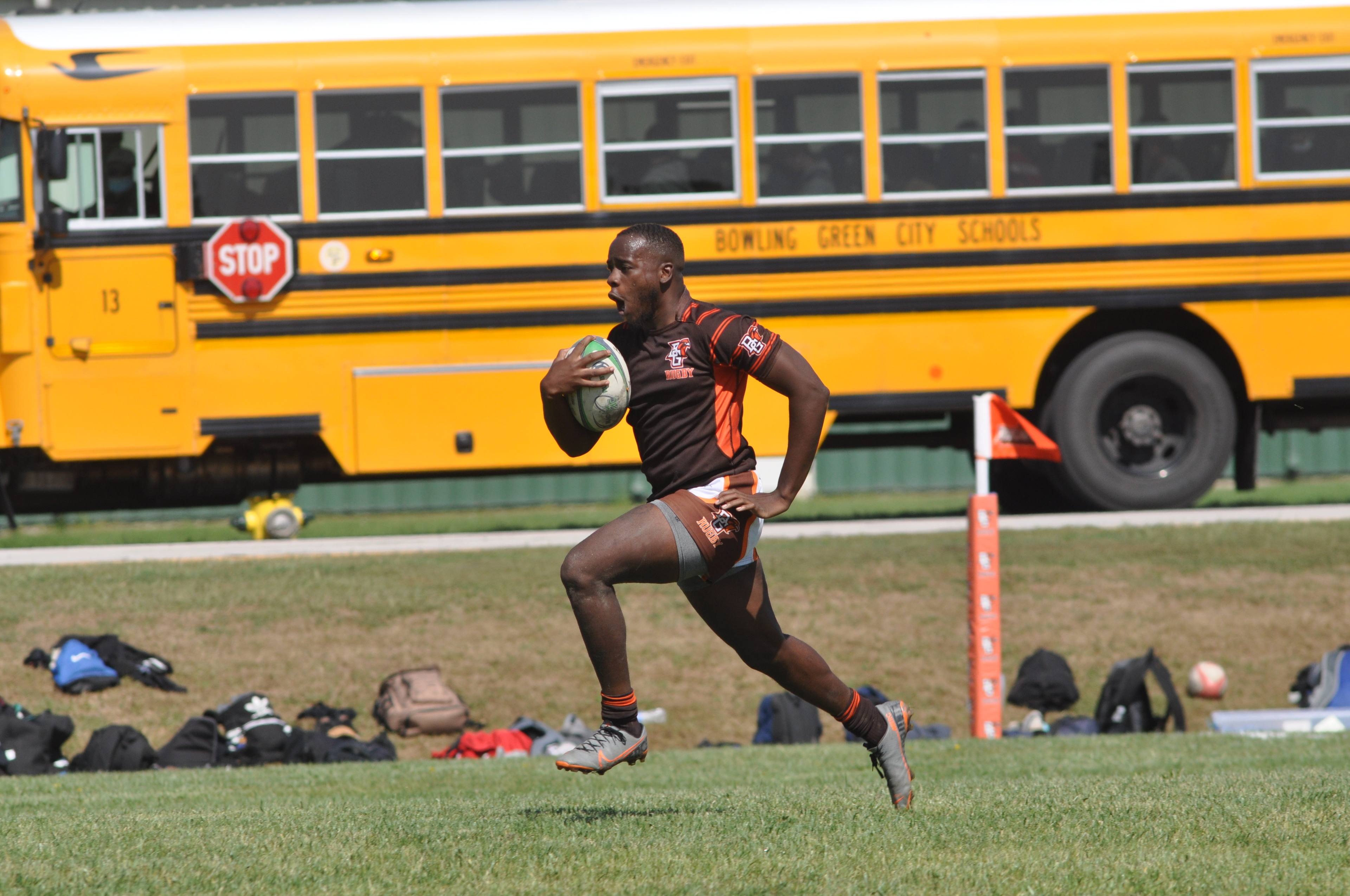 Center Joe Johnson on his way to a try in a 27-14 victory over Western Michigan during the 2021 campaign. 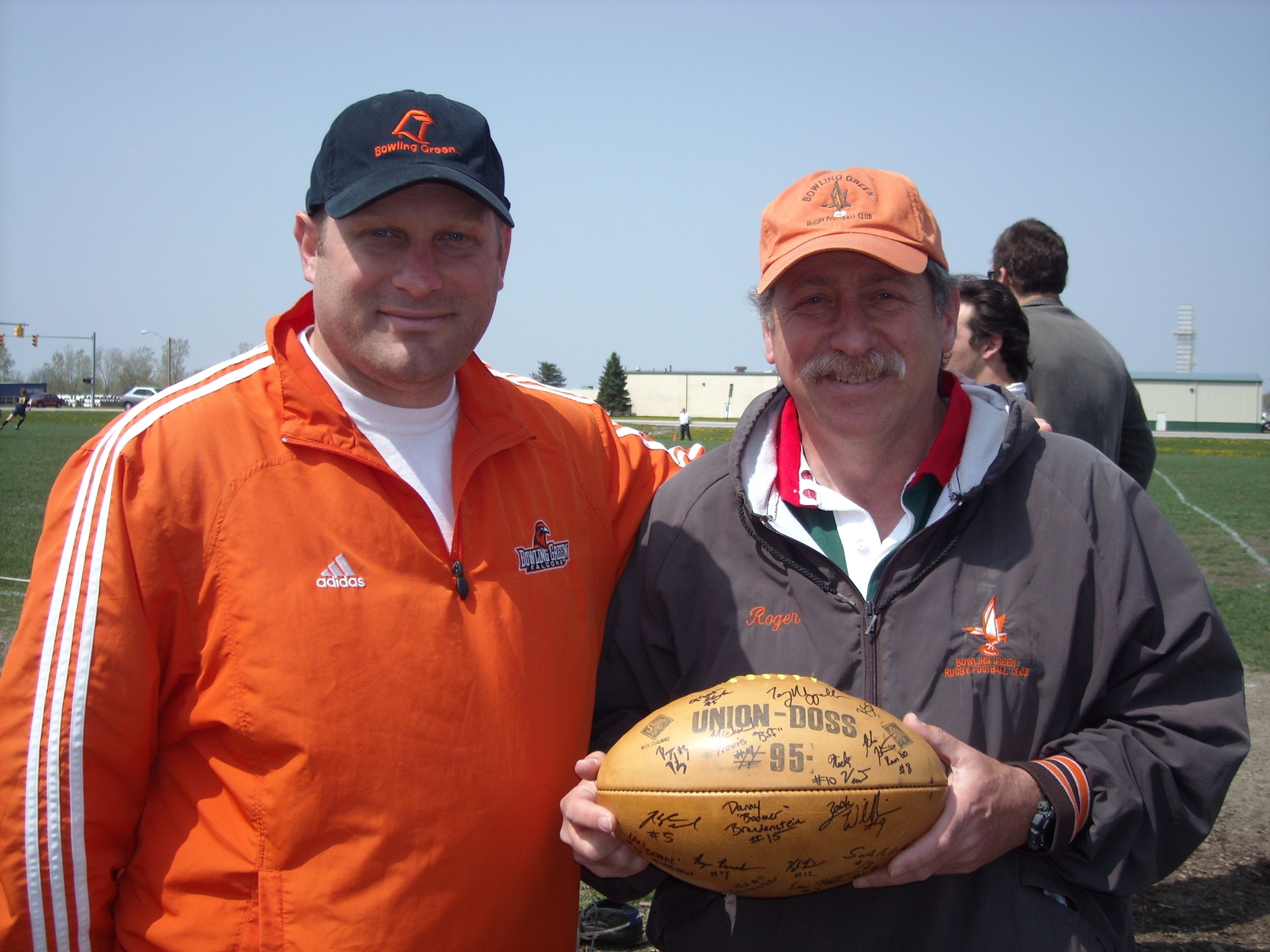