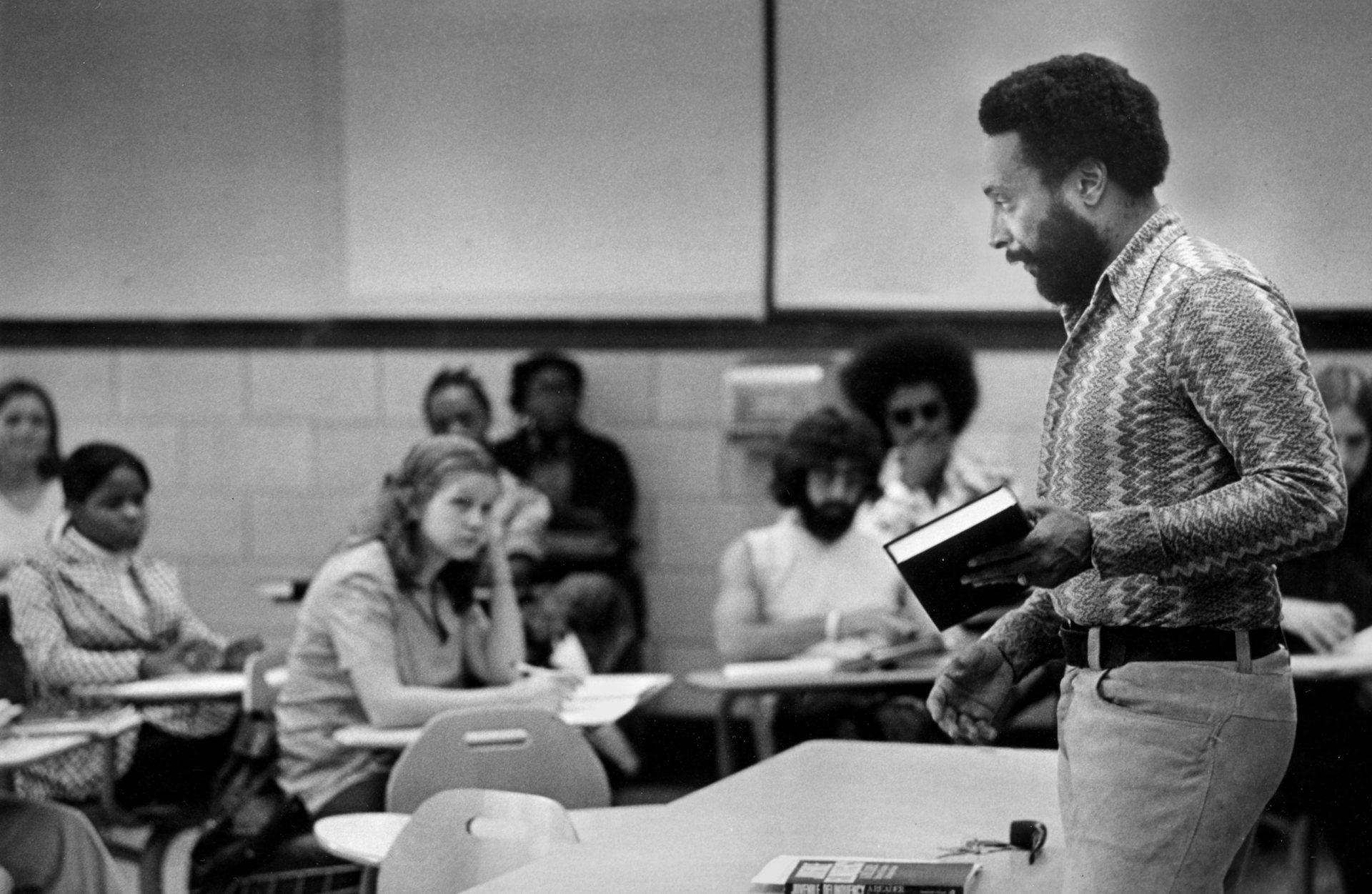 Although it has been more than two decades since Dr. Robert L. Perry '59, '65 retired from Bowling Green State University, his legacy is still felt today.

The inaugural director of the University’s ethnic studies program is credited with shaping diversity and belonging initiatives at BGSU. On Thursday, Sept. 23, BGSU honored his achievements and contributions with the naming of the Robert L. Perry Veranda, located at Shatzel Hall.

“Today’s naming and unveiling of the Robert L. Perry Veranda will forever be another reminder of our commitment to ethnic studies and diversity and belonging,” said BGSU President Rodney K. Rogers. “To know where we are heading as a University, we have to recognize and understand where we have been. Dr. Perry’s work is one of those mileposts of progress in our history.

We thank Dr. Perry for his innovation, creativity and belief in his alma mater, BGSU. The Department of Ethnic Studies will continue to move us forward for years to come.”

Perry and his family attended the unveiling and called the event a humbling experience. 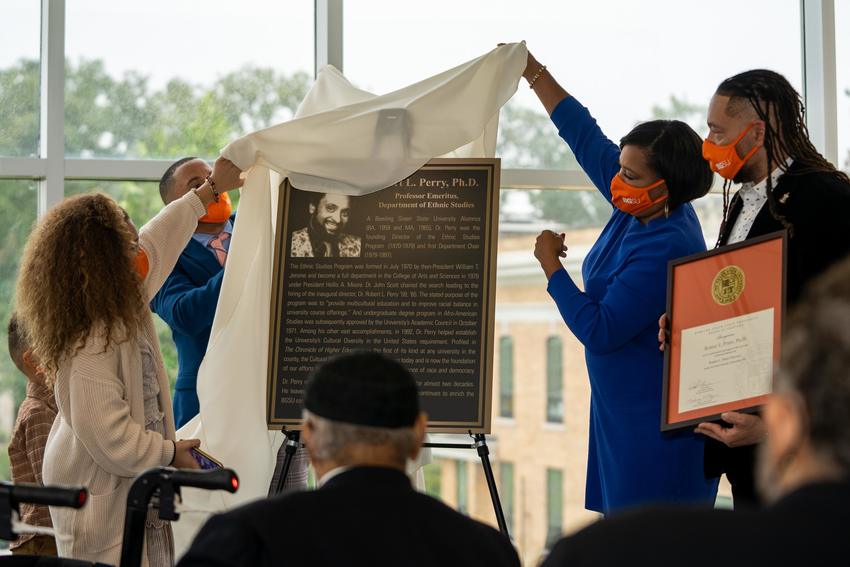 "May we each commit to investing in the movement so that a new generation of students may learn from our work together," Perry said. "Thank you for your recognition, and thank you, Falcons, for your fighting spirit."

Among his vast accomplishments, Perry helped establish the University’s Cultural Diversity in the United States requirement in 1992, profiled in The Chronicle of Higher Education as the first of its kind at any university in the country. The requirement continues today and serves as the foundation of the University’s efforts to educate all students on the importance of race and democracy.

“Dr. Perry is a true trailblazer,” said Jennifer McCary, chief diversity officer at BGSU. “His impact is still felt today at universities across the country because of his commitment to advancing the curriculum, and helping people understand the value, richness and fullness that exists in this country when we embrace diversity.” 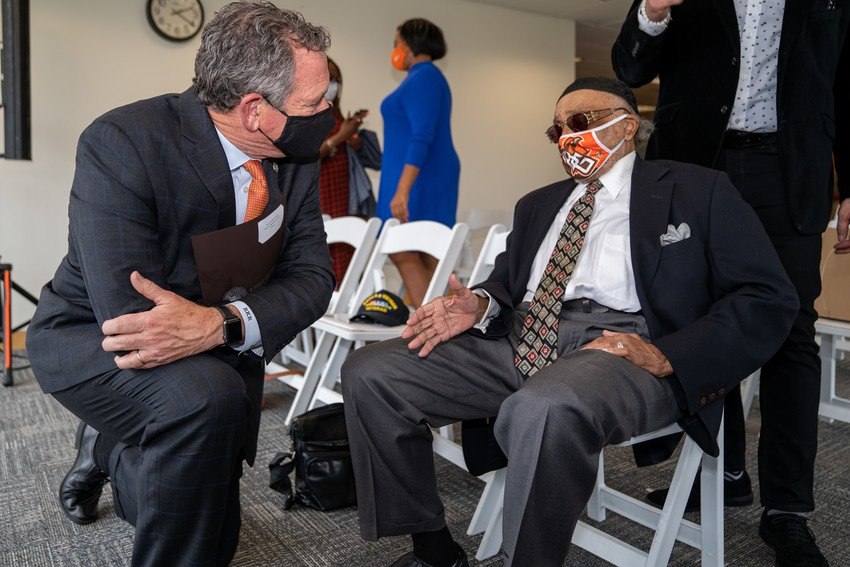 “His impact is still felt today at universities across the country because of his commitment to advancing the curriculum, and helping people understand the value, richness and fullness that exists in this country when we embrace diversity.”

The ethnic studies program at BGSU was formed in 1970 by then-President William T. Jerome and became a full department in the College of Arts and Sciences in 1979. Now, more than 50 years after being established, the department is one of the oldest in the nation focusing on interdisciplinary studies of race and ethnicity. 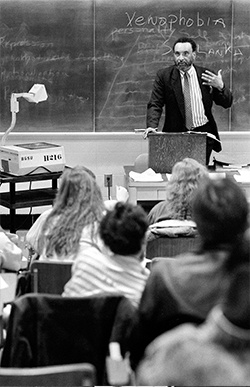 Perry, distinguished Professor Emeritus in the Department of Ethnic Studies, retired in 1997 after chairing the department for nearly two decades.

“For more than 50 years, BGSU has been a leader in race and ethnic studies through curriculum, research and community service because of Dr. Perry’s leadership and contributions,” said Dr. Joe B. Whitehead, Jr., provost and senior vice president for Academic and Student Affairs. "Dr. Perry's pioneering leadership will be felt for generations to come."