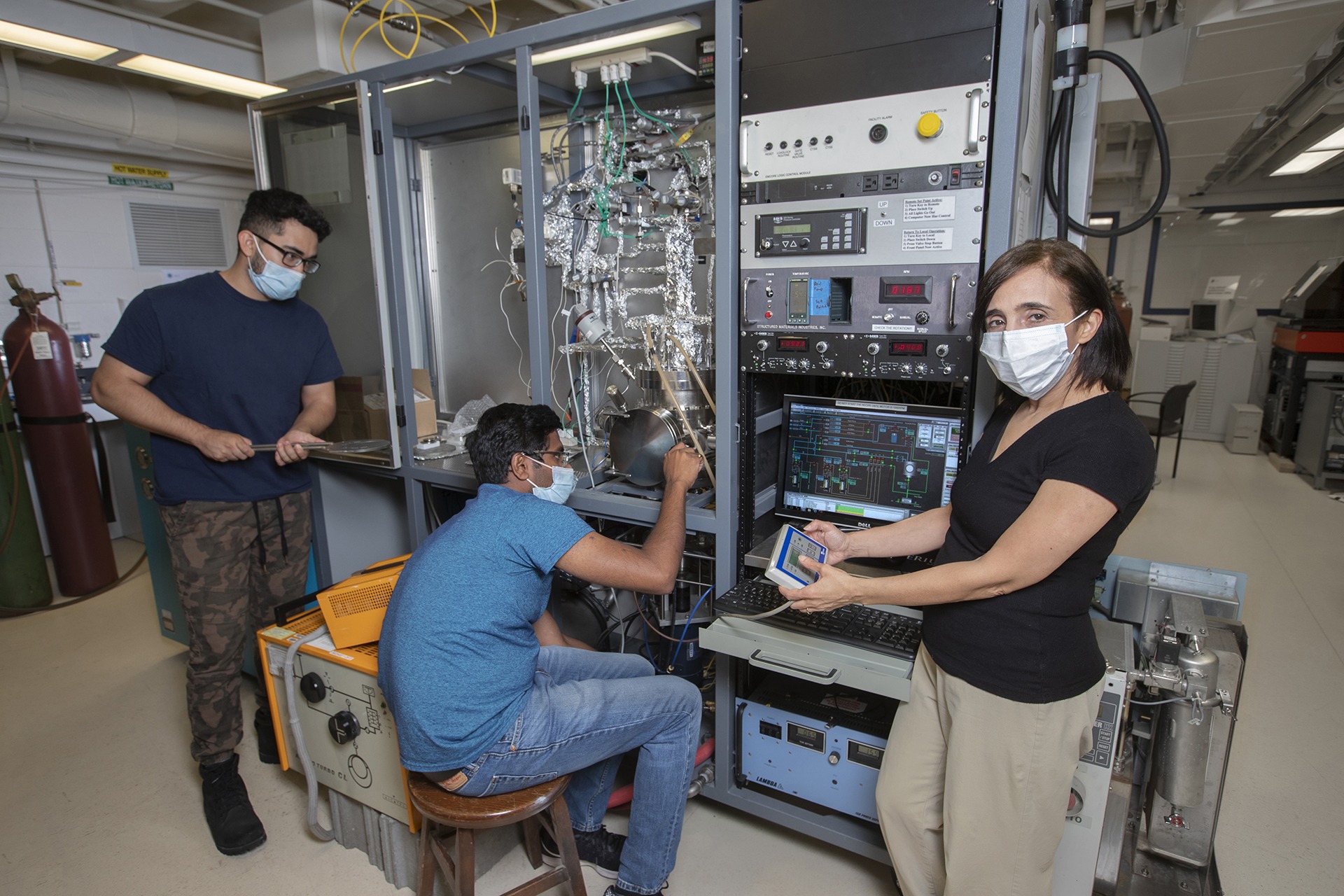 New types of optoelectronic, high-power devices could be developed using this technology

Most of us check our phones and laptops without a second thought of what’s underneath the shiny casing.

Dr. Farida Selim, associate professor of the Physics and Astronomy Department at Bowling Green State University, focuses on those tiny details under the hood.

Developing of a new method to demonstrate semiconductor conductivity, this technology solves a problem that will allow the size, weight, energy consumption and cost of everyday to shrink on devices such as laptops, cellphones, electric vehicles and other forms of renewable energy. In addition to making these devices much more durable and efficient, brand new types of optoelectronic and high-power devices could be developed using this technology.

“Gallium oxide is an emerging material, a wide-band gap oxide,” Selim said. “It really has the potential to transform high powered devices. It is very promising material for the common person.”

“Dr. Selim is one of our rising stars at BGSU,” said Dr. Michael Ogawa, vice president of the Division Research and Economic Engagement at the University. “Her work is really at the forefront of modern materials science and we are fortunate to have her as a member of our Department of Physics & Astronomy and Center for Photochemical Sciences.”

Reported by Nature Scientific Reports in April, the paper details how Ga2O3, or gallium oxide, could revolutionize bipolar transistors, which helps control electricity.

Typically, two different dopants (materials) are used to control these different currents. By changing the amount of hydrogen introduced, the gallium oxide would work as both a p-type (positive-type) semiconductor and an n-type (negative type) semiconductor. In using gallium oxide for this, new types of high power devices could be developed because it loses very little energy, thus sustaining high power.

“This patent-pending technology has the potential to make everyday devices like laptops, cellphones, electric vehicles, solar cells — to name a few — more efficient, smaller, lighter and cheaper,“ said Mark Fox,director of the Office of Technology Transfer and Services (OTTS). “Additionally, this technology could be used to create totally brand new types of communication and information technology devices and other high-power electronic devices.”

A number of articles that highlight these findings compare gallium oxide with silicon, which has been the standard material used for semiconductors. As devices require more and more power, and silicon is pushed toward its pinnacle performance, it approaches its atomic limit — a more powerful material is needed to move forward. And this is where Ga2O3 allows this new technology to enable its use.

While the future looks bright in ways to save energy, there is still a lot of work to be done. Realizing bipolar gallium oxide transistor requires further research and experiments before it can be implemented in our everyday lives.

“OTTS is actively marketing the patent pending technology to identify potential licensees,” Fox said. “Licensing the technology will allow for access to the technology and provide the right for further product development, production and sales of the innovation.”

Selim, her student Mihnaz Islam and the rest of her team at BGSU will continue working toward implementing this new technology.

In addition, she and her team postdoctoral researcher, Dr. Adric Jones and student Sahil Agarwal and BGSU engineer Charles Codding, among others, are building at BGSU a unique positron beam facility in the United States that will allow further breakthroughs in research.