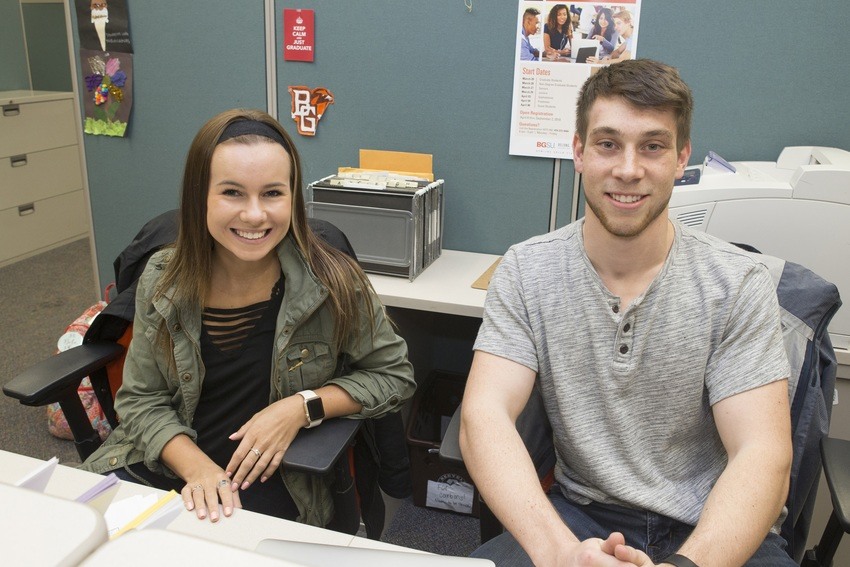 Bowling Green State University will celebrate National Student Employment Week (NSEW) from April 13 through April 17 to recognize student employees and student employee professionals, along with the value they bring to the University.

National Student Employment Week has taken place annually during the second full week of April since 1995. BGSU has been recognizing its student employees through NSEW for 18 years.

National Student Employment Week will not be canceled this year because of COVID-19 but will be celebrated virtually. Daily videos will be released throughout the week. The videos will be hosted by BGSU’s NSEW Advisory Committee and they will read the names of students and staff who were nominated for awards. On Friday, April 17, the last list of nominees will be released, and the winners will be announced later that day on their Twitter, @BGSUStuEmp.

“Each student employee is given a certificate of achievement, a plaque (and a traveling plaque for display in the office) and a $500 award. The only exception is the winning team will share the $500 award. Supervisors will receive a gift card along with a plaque and traveling plaque to be displayed in their office,” said Dawn Chong, director of Student Employment Services.

“This year, the committee took the University’s commitment to the public good to heart and focused on examples of contributions to the organization and community throughout the nomination evaluation process,” said Matthew Ausderan, student employment coordinator.

In a normal year, BGSU would celebrate its student employees with daily themed activities and the Student Employee of the Year Award Reception. Thoughts surrounding canceling the celebration were considered, but the decision to move forward was made.

“We decided to move forward in hopes that this celebration will encourage and enlighten not only our students, but those of us who work with them,” Chong said.