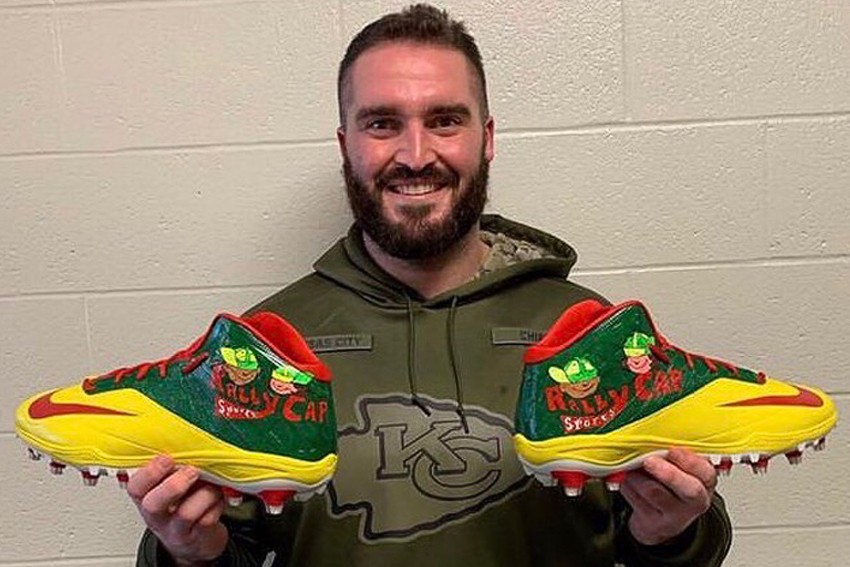 More than 100 million people are expected to watch the Kansas City Chiefs play the San Francisco 49ers in Super Bowl LIV on Sunday in Miami.

It’s the biggest spectacle in all of sports, so it’s a prime time to give exposure to RallyCap Sports and its mission of providing recreational sports for children and young adults with special needs through a volunteer-driven community.

Ryan Hunter, a 2018 alumnus of Bowling Green State University, is an offensive lineman on the Chiefs. Hunter supports RallyCap Sports by participating in the NFL charity My Cause My Cleats, and will wear green, yellow and red cleats that sport the RallyCap Sports name along with a fun design during the Super Bowl.

RallyCap Sports was created by Paul J. Hooker ’75 and Executive Director Luke Sims ’15, who majored in business at BGSU. RallyCap Sports helps children and young adults with special needs share in the joy of sports. Since coming to BGSU in 2014, RallyCap continues to thrive on campus, serving the special needs community while creating meaningful volunteer opportunities for students.

Hunter began volunteering with RallyCap Sports BGSU in 2016 with his girlfriend, Paige. Hunter quickly formed a bond with Ella Ibsen, now 13, and the two became close friends. Ibsen was born without eyes and is blind. She was hesitant to join RallyCap and had never played sports before. Hunter and his girlfriend buddied up with Ibsen each week to teach her a variety of sports, including basketball, volleyball, soccer, softball and, of course, football.

Hunter remains close with the Ibsen family and makes a point to see them every time he returns to northwest Ohio.

“Ryan’s commitment to RallyCap Sports well after graduation is really special,” Sims said. “Ryan has continued to spread our mission now as an NFL player by choosing us for the second year for his My Cause My Cleats. We are so proud of him and are rooting for a Chiefs win on Sunday.

“The RallyPlayers always loved to play with Ryan and Paige at BGSU. They were very dedicated volunteers and all of the kids looked up to Ryan because he’s this big, burly dude from the football team and he would play with even the smallest kids.”